It may not yet be a hotspot, but is it time to turn your attention to the Northern Rivers property market?

The Northern Rivers region of NSW stretches along the picturesque east coast from Tweed Heads to Ballina, approximately 100 kilometres south of the Queensland border.

In a long-term historical sense, the property markets of Ballina, Byron Bay, and Tweed Heads have produced a better total return on investment than big-profile cities such as Sydney and Melbourne.

Propertyology has conducted a study comparing the historical property market performance of each of Australia’s 550 local government authorities for the 15 years since 2000. We calculated the ‘total return’ (average annual growth rate plus rental yield) and we then ranked the LGAs from 1 to 550 based on this performance.

Ballina’s property market was ranked 252 out of Australia’s 550 LGAs over the 15-year period since the start of the century. Tweed Heads finished amongst Australia’s Top 40 per cent (ranked 197 out of 550) while Byron Bay fared the best for the region, scraping in to Australia’s Top 20 per cent at 99.

Along with each of Australia’s capital cities, Northern Rivers’ property markets experienced negative growth years in both 2011 and 2012. They have since recovered well with steady growth in 2013 and 2014 followed by a really solid 2015. Byron, Ballina and Tweed saw price growth of 12 per cent, 8 per cent and 7 per cent, respectively in 2015 — this was as good as any market outside of Sydney.

The region is a typical lifestyle location as depicted by the above-average household age demographic and below-average household income. Not surprisingly, healthcare is the biggest industry employer in the region.

Tourism (retail and accommodation businesses) is the region’s biggest driver so historically low interest rates, solid national job growth, the low Australian dollar, and Asia’s fast-rising middle class each play a significant role for the region’s economy. Our research can’t find anything to suggest either of these things is likely to sharply turn for the worse any time soon.

Byron Bay, officially the eastern-most point in Australia, is especially popular for end of year ‘schoolies’ trips and year-round surfing or romance. The seasonal employment trends do require astute management by property investors.

While there are no large new infrastructure projects in the region, there has been a number of medium-sized projects, including upgrades of retail facilities.

In December 2015, an $862 million upgrade to the Pacific Highway was completed. The project incorporates a four-lane divided highway from Byron Bay to the Ballina Bypass, and twin tunnels at St Helena. While the improved access and productivity benefits to the local economy are important, Propertyology doesn’t believe that projects like this have any tangible impact on property markets.

Raw unemployment rates will always be higher than national/state averages in locations such as the Northern Rivers because a component of the population prioritise a laid-back lifestyle ahead of career aspirations. While employment peaks and troughs are typically more pronounced, it is significant that the region produced a 4.9 per cent net increase in jobs for the two years ending August 2015 (more than the 3 per cent national average for this same period).

The construction industry does have a significant workforce presence in the region however, the housing oversupply situation from a decade ago has been absorbed. The recent pick up in building approvals is a reflection of a positive economy without being overzealous. Property sales volumes over the past 12 months have been at the highest since 2007 for all three towns.

Propertyology believes that Australia’s tourism industry is at an extremely exciting juncture and the fundamentals of supply, demand, and sentiment all look quite solid for the Northern Rivers. Byron and, to a lesser extent, Ballina are at the advanced upswing stage in their cycle whereas Tweed Heads might have a longer growth stretch to come. Whilst we believe that there are markets across Australia with better potential, property investors could do much worse than investing in this region. 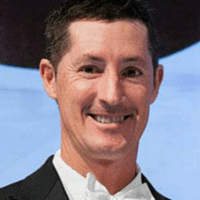 Last Updated: 05 March 2019 Published: 23 September 2016
share the article
SPECIAL EPISODE: All your burning property investment questions answered
The secret to getting 10-plus properties