Should you be narrowing your search for an apartment down to those with balconies? Or is outdoor space a more important value-add?

Developers aren’t flooding new apartment buildings with balconies, but a recent report suggests that perhaps they should be.

A report by Secret Agent Property Services suggests that one-bedroom apartments with balconies can be sold for 11.69 per cent than those without.

In two-bedroom apartments the increase with a balcony is 8.40 per cent.

The report also found that as an apartment gets bigger the cost per square metre of the indoor space increases, but outdoor space is more valuable in smaller apartments.

Indoor space is valued 5.6 times higher than outdoor space in apartments, according to the report, but as outdoor area is more desirable in a smaller apartment it isn’t always a simple choice between an extra room or a balcony.

The report found that developers aren’t capitalising on this yet, outdoor space for both one- and two-bedroom apartments currently being planned in Melbourne is barely above the minimum suggested in the Victorian government’s recent apartment design standards draft. 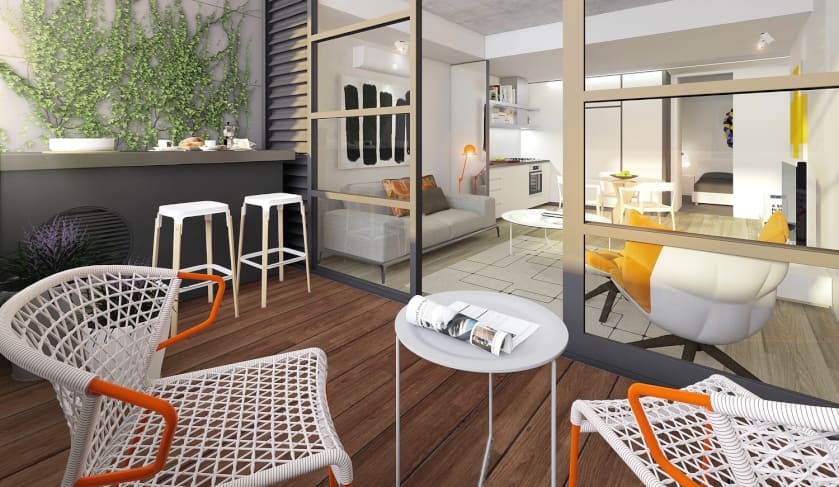