Market changes that investors need to keep an eye on Market changes that investors need to keep an eye on

There’s a number of recent market changes that property investors should be aware of, writes Sam Khalil of DPN.

Previously, I gave my thoughts on Australian property investment in 2017, looking at performance in the capital cities and identified regions that will continue to grow despite changing market forces.

There are far tighter lending guidelines than ever before. This has all been generated by APRA, worried about high levels of risk in a red hot market. It has trickled down to all the major lenders, with CBA and Bankwest refusing to refinance investors.

While AMP will no longer offer new investor loans through their mortgage channel, other lenders such as MyState have imposed a 12-basis-point margin on all variable and fixed rates, for both investment and residential loans.

Meanwhile, APRA is bringing in a 10 per cent speed limit for investors. There could be more restrictions on the horizon with APRA worried about the level of risk in the market.

Overall, lenders are charging more for investment loans and then again for interest only. This will make people revaluate their lenders and question if they will purchase at all.

Foreigners locked out of the market

There has been a distinct clamping down on foreign investment over the last year. Westpac is not writing loans for non-residents, ANZ is no longer lending to non-residents and the CBA is following suit. Other banks have similar tight restrictions.

The sum effect has been that foreign investors are walking away in droves, many unable to get funding. This in turn will have a flow on effect to the construction industry, impacting on the number of new builds.

There’s also speculation that foreign investors will favour apartments over houses even more than they currently do because they need a lesser deposit.

Developers have seen significant tightening in lending for projects. This has slowed down supply, which may be a stabilising measure to avoid any large property bubble bursting. Banks have especially tightened down on lending to residential property developers, with an oversupply of apartments and high-rise towers a special concern.

This has led to many developers put projects on hold and others look for alternate funding.

There’s a desperate demand for new land supply in Sydney’s fringe as well as Wollongong and Newcastle. Developers are finding it extremely difficult to process land through local councils and then register the land.

We must hope that the NSW government can fast-track services to bring land to the market sooner so pricing doesn’t continue to increase dramatically due to lack of supply.

This is the primary issue affecting housing affordability: land supply and how quickly it arrives to the market. Remember there’s always a lag between development and construction and the frantic nature of the market itself.

There’s a real concern about apartment oversupply in the major capital cities, especially in Melbourne. The Commonwealth Bank estimates 140,000 new apartments will be built in the city from 2016 to 2018.

This oversupply will ultimately lead to a drop in prices. Some experts are anticipating drastic drops of up to 20 per cent in some suburbs by 2019. Projected growth for apartments in many major cities has hit its peak and is estimated to correct or be sideways for the next five to eight years, with owners losing money and not getting capital growth.

There’s a clear message here: be very wary of apartment purchasing for the next few years. Research the area and project meticulously.

It’s almost impossible not to talk about the political upheavals last year. From Brexit through to Trump, it was a year of surprises.

Trump’s avowal to increase spending around infrastructure and his distancing from the Asia trade pacts will certainly have an effect on Australia. His promise to pour money into defence and infrastructure will act as a fiscal stimulus.

It’ll also mean lots of capital fleeing Australia and going into the USA. Potentially Australia will have to lift interest rates to compete and keep capital here. This in turn will affect market sentiment. Properties and projects that are vulnerable will be exposed awfully quickly.

Sam is the founding member of DPN and the managing director. Fuelled with a passion for property, design and innovation, he has a clear vision for the future of property investment built on a solid financial model. Sam brings a depth of knowledge, a range of qualifications and strong personal skills to lead and empower the company to achieve world-class standards.

Sam is a design enthusiast, keenly interested in architecture and all manner of design. With a following of 72,000 people on Pinterest, other people agree. Sam’s dedication to achieving goals influences every staff member to perform to the best of their ability for DPN’s... Read more

The changing face of the property market
Read More 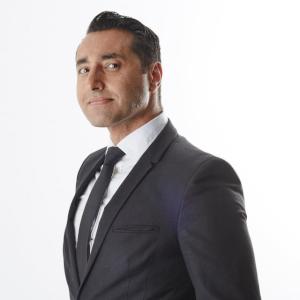