One of the key findings in the latest 2016 Census data release is the rapid densification of Melbourne’s CBD, revealing that the number of residents per square kilometre has more than doubled over the past decade.

Gathering data from the CBD's SA2-level (statistical area) region, the Census confirmed that 37,754 people now reside within the 2.4-square-kilometre district, equating to 15,754 residents per square kilometre.

A deeper dive into the Census statistics shows that the residents of Melbourne’s CBD are generally millennials, with the median age being 26 (compared with the national average of 38). Furthermore, 67 per cent are attending university or a technical/tertiary educational institution (national average is 22 per cent), and more than a third (38.5 per cent) have a Chinese ancestry.

It is also found that 77 per cent of Melbourne CBD residents have both parents born overseas.

Interestingly, for such a high population density, the average household size is only 2 people, substantially smaller than the national average of 2.6 persons per household.

With a substantial amount of high-rise unit construction still underway across the inner precincts of Melbourne, the population density is set to rise further from here.

Outside of the capital cities, the highest population densities can be found in either popular coastal markets or within key precincts of satellite cities such as Wollongong, Geelong and Newcastle. Even though Surfers Paradise was the most densely populated regional location, it is 95th on the national ranking. Four of the top five most densely populated areas of regional Australia were located within coastal SA2 regions of the Gold Coast.

As many as 80 per cent of Surfers Paradise dwellings are described as flats or apartments, with 56 per cent of all dwellings rented. On Census night, 26 per cent of dwellings were unoccupied, highlighting the large proportion of holiday homes and short-term accommodation options in the area.

At the other end of the density spectrum is the SA2 region of "Western," located in South Australia and covering 169,000 square kilometres.  The region is home to only 79 residents, according to the Census, providing for a population density of just 0.0005 residents per square kilometre.

Tim Lawless is the director of research at CoreLogic. He heads up the RP data research and analytics team, analysing real estate markets, demographics and economic trends across... Read more 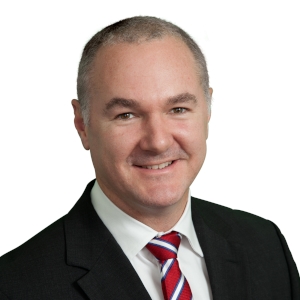