Even though he was earning a fair amount of income as an engineer, Scott O’Neill reveals he had come across several problems on acquiring finances. However, these did not hinder him from successfully building a 28-strong property portfolio worth more than $11 million in a span of seven years. 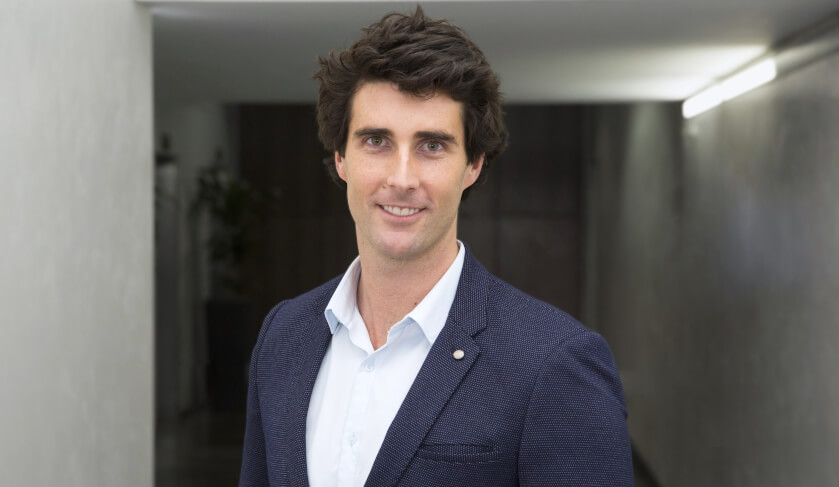 He shares his trials and triumphs with Smart Property Investment’s Phil Tarrant and gives his advice to budding property investors on how to pick properties that will continue growing in value over time:

What was the problem with getting finance the first time around?

Scott O’Neill: I was trying to avoid [the] Lenders Mortgage Insurance, so I was going through… Citibank at the time and they were offering… a 15 per cent to put down. I was just scraping through, just playing with the banks, and I swapped at the last minute. Instead of just getting the deal over the line, I was just being fussy because I was inexperienced.

There were things like bank slips, I wasn't in the job too long at the time... I was 23, not much behind us, and that was a tough time in lending because back in 2010, it wasn't the best environment as well, it was like one of the worst times to buy.

Knowing what you know now, how differently would you have acted then?

Scott O’Neill: Now I know I would have just got the finance and then shopped around after [getting] it. I nearly lost it as a result.

Has it been easier for you as you purchase more properties?

Scott O’Neill: It never was easy even [though] I've got 28 properties now. Every single one of them was hard to get finance, and it never really changed. There's always a new problem, the bank says.

Phil Tarrant: There's always another headache tomorrow. I think one of the… psycholog[ical traits] of being a property investor is to know that, yes, it's going to be a hassle, it's not always not going to work, it's going to be a real pain in the arse sometimes, but you just got to keep at it.

You’ve gone from one to 28 properties in seven years—how much debt are you carrying on it?

Has time made an impact on the value of your portfolio?

Scott O’Neill: That's probably the strength of it… I get about $740,000 rent from that. So I was buying things like unit blocks, duplexes, commercial properties, [and as] of recent times, commercial’s been a real big kicker onto that cash flow.

My first property was just a simple duplex, cheap, got the capital growth upside and the cash flow really helped get me those extra properties. Instead of being tempted to go buy in the Sydney market, you know [to] find five properties in and then just finish [them] off because the cash flow's not there, I just stuck to this strategy of just buying over six per cent yield, making sure we're getting it at the right price.

How did you find under market value properties to include in your portfolio?

Scott O’Neill: It took a lot of time on the phone, literally four hours every day after work, just trying to find mostly off market deals, stuff like that. That's how I got the unit blocks in Port Macquarie that did really well. It just basically gave us the equity to move on.

Now, I've just slowed up a little bit just getting the LVR down. I was running at about 85 [per cent debt] for the first year... As the debt increases, I'm going to keep trying to get that LVR down. So the next goal's to get it [to around] 50 per cent, and then just sort of start getting rid of it.

What drives you to build such a substantial portfolio?

Scott O’Neill: It was really to buy my time back, that's why the cash flow stuck as the priority. I don't own a family home, I rent in Sydney—that's helped as well… [I also] travel three to six months a year overseas, so we're on a plane in two weeks and we'll be back in mid-September. So, that cash flow, it's about a $300k positively geared portfolio.

It's a business, essentially.

And the real upside to this is that your assets keep going up in value over time.

Scott O’Neill: The growth is where you make the wealth… Last year, we made seven figures in growth, so the cash flow is great, but it's [the] time in the market, and because that cash flow’s good, I've never sold a property, [and] I have no intention to. Even though it gets tempting—I've got a place in Maroubra [and] that's my only unit… and I get tempted to sell that every day because it's a lot more than what I'd pay for and it just looks attractive to cash out. But I think another 10 years, it'll be worth more. [Since I] got time on my side, so I just wait out and just keep holding and holding [those properties].

When you see those guys with those large negatively geared portfolios, they're always having to time [to hold] it, to sell. They've got to worry about the market more.

What would be your final advice for budding property investors?

Scott O’Neill: Back in 2010 when I bought, I remember reading thousands of forums and everyone was saying Sydney was going to drop 20 to 40 per cent at the time… I was terrified [because] I was putting my life savings into a property. What got me to overstep the line and make a decision was the good cash flow. I thought, ‘Well, it's given me nearly 200 a week cash flow positive, so why not? I don't care if it doesn't grow this year, I still get my cash flow… it'll come good eventually.’

Properties are supposed to double in value every 8 to 12 years… So if you can get a property holder… for two cycles, it's going to be four times the value of what you bought. It's really simple math, it's a bit blunt, but it goes to show that if you can buy property and hold property… and make sure it's not going to cripple you in terms of cash flow, [you’re in a good position]. It's not rocket science.

For Scott and Phil, any property investor determined to succeed in the business of creating wealth through property must be willing to put in “a lot of work, a lot of dedication, a lot of emphas[es], a lot of commitment, and a lot of… giving up doing a lot of other things in order to achieve this.”

Tune in to Scott O’Neill’s episode on The Smart Property Investment Show to know more about the diversity of his assets, how he’s “buying his time back” through property investment, and how he’s effectively managing his assets to secure $300,000 in income each year.