Only seven years into his property investment journey, Sydney-based engineer Scott O’Neill has already successfully built a 28-strong property portfolio with $11 million-worth of assets spread across Australia, which has consistently secured him a total of $300,000 in income each year.

Aside from his passion and dedication to this venture, the property investor also credits good education and the best mentorship for his success. He shares some of the highlights of his journey with Smart Property Investment, as well as the hurdles he had to jump to ultimately achieve his goals:

Your portfolio has only one unit, and the rest are commercial and residential?

Scott O’Neill: Yes… Maroubra is the unit, and the Sydney market [property] is just that one house, but it's worth a million dollars.

Where are your properties in Brisbane?

Scott O’Neill: Mostly [in] middle rink suburbs up there—I've got places in like HillcrestHillcrest, TAS Hillcrest, QLD Hillcrest, SA, got a couple out in Ipswich, Loganlea’s another one… I'm buying things like duplexes and houses with just good land component… The land component just grows so much further. Even though these houses don't look spectacular half the time, in 10 years’ time you [can] put townhouses on them, for instance.

So you're buying properties that are zoned beyond just standard residential?

Scott O’Neill: Yeah, a lot of it is just low density, but… it's close enough to be in those corridors where it could get rezoned—it might be, five to 10 years away. Just sort of getting it while it's cheap, evenly geared property or positively geared, and then just sit on it, increase the rent as soon as you can.

Have you got any poor performers in terms of cash flow?

I didn't have the contacts out there… Contacts are a big thing—having a rental appraisal that's correct, trusted maintenance guys, and [having a good] building report. It just turned out [that] there was another $15k I had to spend on it just to get it tenant-ready… and then the rent was about 20 per cent lower than I thought… On top of it, the Adelaide market, it's pretty lukewarm, there's not much going on growth wise… I think it rents [go] for $410 and I paid about $340k for it, but the maintenance killed me on that one.

In contrast, which property do you consider the ‘jewel’ of your portfolio?

Scott O’Neill: Best one by far—I've got a medical centre in PerthPerth, TAS Perth, WA. I paid $680k for it and it's renting for just over $100k a year. The tenant pays all the outgoings. Huge return… Then, there's also another room where we're about to rent it out to a physiologist. So that's going to probably net about $15k extra a year—it's going to be $110,000 rent [in total].

It was just an off-market deal… I just thought there was something wrong with it the whole time. The price literally looked like it was half a million dollars too cheap, and I haven't revalued it or anything like that, I've just sat on it… I'm still wondering if there's like a massive easement that's about to require me to knock it down. But it all checked out.

How many of the properties that you've purchased did you get off market—through hustling and connecting with real estate agents?

Scott O’Neill: Over half.

Tell us about your second best property purchase.

It was just listed online and I was working there at the time so I literally just ran—organised an inspection, got the builder with me, left work, and checked it out. It was looking okay and then it was listed for $710k. I knew the agent had never seen a unit block sold, so he didn't know what to value it.

I knew I was going to strata title it, so I was going to split it up, and do all that. So I had the guy with me that knew how to strata title and we bought it on the day for asking price. I tried to negotiate it, I went for $600k, $650k, $660k, he kept saying, "No." There was literally five people in Sydney driving up that weekend, and that's when I just said, "Look, I'll buy it now."

How would you describe yourself as a property investor?

Scott O’Neill: I’m definitely risk-averse, but I think it's helped because this is how I think: Whenever I buy a property I think, "Oh, what if the GSE number two hits tomorrow? And interest rates go up to 9, 10 per cent? Banks are trying to get their cash back." Then I think, "What types of properties will do well in that environment?" That's why the medical centre was good, people are going to get sick; [and like] fast food, people are going to eat.

How do you choose a good property to buy?

Scott O’Neill: I sleep well with the properties I've got because they're not reliant on doing well. You see these guys buying properties in Sydney now, hedging their bets it's going to grow 10 per cent next year, [but] what if interest rates go up? They're gone, they don't get their growth. They're the guys that will lose out.

What would be your best advice for budding property investors?

Scott O’Neill: Sounds a bit cliché, but just only look at the numbers. I see so many people buy because their uncle said, ‘Buy this area because I feel like it's going to grow,’ and that's it. They make decisions on purely growth, but if you [should] look at it as a PNL [profit and loss] statement—what's the cash flow in and out, and then kind of predict things around population growth... Just break the numbers down in every way you can. That's how you reduce your risk.

Tune in to Scott O’Neill’s episode on The Smart Property Investment Show to know more about the diversity of his assets, how he’s “buying his time back” through property investment, and how he’s effectively managing his assets to secure $300,000 in income each year. 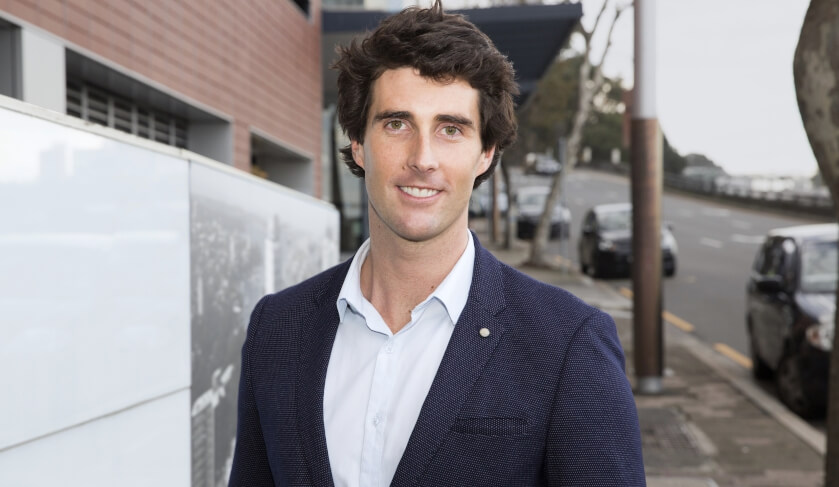