Should you be fixing rates now?

Should you be fixing rates now?

The recent regulatory changes in the lending space has meant several key changes. Sana and Mona of the Property Twins explain what those changes are, and what they mean in practice.

There have been three key changes in the lending space due to recent regulatory changes, as indicated below:

Interest rates between owner-occupied and investment debt are different. As logic says it, you pay a higher interest rate on investment borrowing.

Most banks now require you to borrow less than or equal to 80 per cent loan to value ratio (LVR) to allow interest only (IO) repayments on your loan. For borrowings over 80 per cent LVR, you will be required to pay P&I.

However, is the IO repayment still worth it?

When signing loan documents, a variable interest rate of 5.15 per cent was received; IO monthly repayments of $1,923 per month.

The reason Rob and Sophia chose to do IO repayments was to maintain the tax deductibility of their $448,000 borrowing on the investment property and focus on paying down their owner-occupied property (non-tax-deductible debt).

With the recent regulatory changes, the banks are required to limit their IO loans book to 30 per cent of their new lending. This has resulted in loading being applied to IO loan rates and little or no rates discounts being made available to borrowers.

Rob and Sophia’s variable IO rate increased to 5.5 per cent interest only over a space of few weeks, on the back of the regulatory changes. This means a repayment of $2,054, which is $131 greater than when they originally signed up the property.

The principal repayments on the home loan is reverse compounding; every month the interest is only calculated on what is owing at the time and a greater principal reduction happens with a lesser interest portion being paid every month.

In two years, with the fixed P&I approach, Rob & Sophia would have paid their home loan down by at least $16,000!

Rob and Sophia, like many of our clients, chose to fix their rate for two years. A new strategy beyond the two years will need to be considered. However, the number speak for themselves.

Sana and Mona Ali are mortgage brokers and co-founders of Property... Read more

Read More
Should you be fixing rates now? 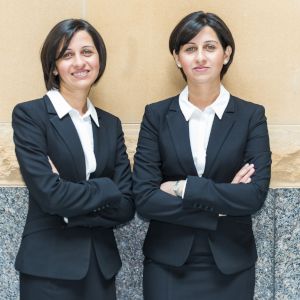 Last Updated: 04 December 2017 Published: 24 August 2017
share the article
How to properly communicate with your property inspector
Strata living on the rise as downsizing becomes the norm