The demonetisation of housing The demonetisation of housing

It seems kind of counter-intuitive as a property investor to be sitting here talking about how housing might one day be free, particularly when so much of the current conversation around housing consists of unaffordability, intense capital growth and generations condemned to rent, writes Kyron Gosse.

Yet the signals are there for those who know where to look. There is an impending sea change just around the corner that may result in housing becoming demonetised to the point where we can no longer charge our tenants.

Now before you start scoffing and calling me a communist – I am not saying this is going to happen anytime soon, nor am I saying that it is going to happen everywhere. All I am saying is there are some signs pointing towards a decreasing cost in living which might one day influence rents and house prices.

When we look at the biggest costs of housing, there are four things that contribute to the bill: land costs, construction costs, council bureaucracy and living costs.

Yet with the advent of hyperloop and flying cars, we will be redefining what a city means. These technologies will open up large amounts of land to be a commutable distance from cities.

In fact, if we look at Sydney, considering the possibility of hyperloop in the near future, everything from Melbourne to the SunshineSunshine, NSW Sunshine, VIC Coast would be considered a commutable distance from the CBD.

What’s more, in the years to come we might see a decline in our reliance on traditional farming. Between vertical farms in urban zones and plant-based meat there will be very few farms left. This will result in thousands of hectares of farmland now accessible from major cities becoming almost insignificant of value.

On the construction side of things, we have found ourselves as spectators in the race for a commercially viable house 3D printer. China and Russia are neck and neck in this race, with each party having proved they can print houses for as little as $10,000. Given these are simply the first prototypes, costs are sure to come down in the future.

Energy costs are shrinking thanks to solar. Solar is now the cheapest form of energy available, and with Tesla’s Powerwall we are able to store that energy better than ever before.

Also thanks to water collection and reverse osmosis technology, as well as breakthroughs in sanitation, it is becoming possible for nearly anyone to move off-grid. Or better yet, to sell excess energy back to the grid thereby offsetting their mortgage payments.

So, imagine being able to pick up a section that is a 30-minute commute to Sydney, Melbourne, Canberra or Brisbane CBD’s for next to nothing. Spend $10,000 3D printing your home, utilising technology to be entirely self-sufficient and sell any excess to cover your mortgage.

However this plays out and how strategies might change, I will always remember something taught to me by my mentor Steve McKnight – “as long as people live in houses, there will be an opportunity to make money”.

Kyron is a property investor, and owners of The Freedom Investor and... Read more

The future of property: living on purpose
Read More

Read More
The demonetisation of housing 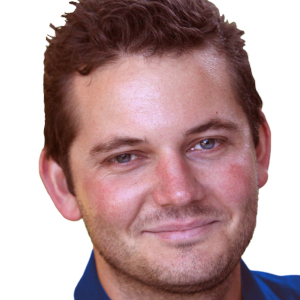