The lack of vendors willing to sell their properties is drying up pipelines across the country. But among this reluctant group is a potential downsizer section that might just become willing to sell – with some useful advice and in the right circumstances. Here’s how.

1. Know the motivations of potential downsizers

It’s important to understand the motivations of people who are considering downsizing. According to the Australian Housing and Urban Research Institute (AHURI) survey, the “dream downsizing home” is:

One big tip here – don’t forget the strong motivation of people to be near neighbours you like. If you’ve been living next door to the same neighbours for decades, it’s a scary thought to become a stranger in a new neighbourhood. As such, finding out about friendly neighbours, streets and communities will be warmly welcomed.

Different states have different incentives which could be used by downsizers, primarily through stamp duty rebates or concessions.

While, unfortunately, NSW is not much help in this regard, the Australian Capital Territory, South Australia and Northern Territory all have incentives; it pays to know them.

3. Know the national incentives for downsizing

It’s worth knowing that the Australian government will introduce superannuation-based downsizing incentives next year.

From July 2018, the government will make it easier for over 65s to contribute up to $300,000 from selling the family home into their personal superannuation fund. This $300,000 contribution will be exempt from the existing age and work tests for people aged over 65.

This would mean, for instance, that someone aged over 75, who is currently not allowed to make voluntary superannuation contributions, will now be able to do this when selling the family home.

Similarly, currently if you are aged 65 to 74, you must have worked for at least 40 hours over 30 consecutive days in the financial year to be allowed to make a voluntary contribution. Next year, that rule will also not apply for contributions from the proceeds of the family home.

This incentive is likely to encourage many self-funded retirees to downsize.

4. Know the barriers to downsizing

As much as the above change is great help, it doesn’t overcome two other unfortunate financial barriers to downsizing.

The first of these barriers is if stamp duty that needs to be paid on a new home (subject to the state by state incentives mentioned above). However, it’s worth noting that stamp duty does not apply to many of the “over 50s” lifestyle villages and retirement villages which are attractive to downsizers.

The second is the potential that excess money collected from the sale of the family home could impact on pension access.

Many investors may still receive a huge capital gain from downsizing and may be willing to make the move.

About the downsizing market

Statistics show that over the past two years, the number of listings have fallen across the country despite our surging population and increased housing construction. Across Australia, hundreds of thousands of people are unhappy about the fact they are living in large family homes.

Typically, these people are aged over 50 and are weary of the ongoing maintenance and repairs these homes require. (Like, who really enjoys mowing the lawn?)

At the same time, the homes these over 50s occupy are typically among the most expensive in neighbourhoods, because they have a large land and house size.

A June 2017 survey by Downsizing and LJ Hooker found that around a third of over 50s were looking to move from the family home to a more suitable and well-located accommodation – in other words downsize.

Amanda Graham is the co-CEO of... Read more

Scheduled auctions are swelling across the capital cities, with Sydney and Melbourne leading the charge. ... Many experts predicted a decentralisation of businesses to non-CBD areas as the workforce shifted to remote working last... 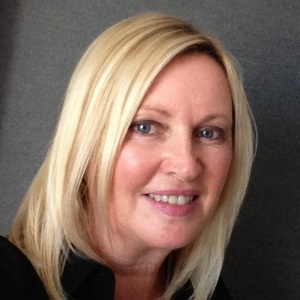