BLOG: What do investors, the SA election and defence contracts have in common? BLOG: What do investors, the SA election and defence contracts have in common?

The South Australian election happened recently and we have a new Liberal state government being established after about 15 years of Labor. What does that mean for us property investors, general punters? Does it make any difference whatsoever?

On complete tangent, but it’s all relevant and related; some major defence contracts have been announced and are going to be announced this year.

So, for our readers who aren’t familiar with this, I can talk about this because I also run the Defence Connect podcast. The Australian government is spending $195 billion – that’s with a ‘B’ for ‘billion’ – over the next decade on increasing the capabilities of the Australian Defence Force, so Army, Navy, and Air Force.

Air Force-wise, we’re getting the new JSF F-35 Strike Fighters. Within the Navy sphere, we’re getting new submarine, and new frigates, and new offshore patrol vessels, and just last week there was a big announcement that the new combat reconnaissance vehicles, as part of Land 400 Phase 2, is going to be built in Ipswich, Queensland.

Winning company there, Rheinmetall, has stated that they are going to build a military centre; it was Military Vehicle Centre of Excellence, up in that Ipswich area, and they’re going to build 225, or 220+, new combat reconnaissance vehicles. They’re sort of like a tank, but they’re not track – they’ve got wheels on it.

What does that mean for property investors? Is this good?

So, when you talk about fundamentals, whether you read stories in this site or other sites, or listen to our podcasts or any other property podcast, or TV shows, or whatever, someone on stage will be talking about property, everyone always talks about fundamentals. What are the fundamentals that put positive pressure on price growth in property?

Irrespective of if its defence, or any other sector, and you saw this in the mining industry, what are the things that’s going to have a positive impact on people’s ability to borrow money, pay down debt, give greater accessibility or greater infrastructure to areas? Jobs growth is one of them.

What we're talking about here in Ipswich is that how many jobs are they going to make? 600. That’s a lot of jobs, right?

As a property investor, rather than just sitting on your couch at night time double screening – so you’ve got the TV on, and you’re also looking at your phone and at realestate.com, or domain.com, looking at property, it’s just not looking at a house thinking: “Oh, that’s a nice house, or that’s under market value.” You need to know what’s actually happening in the areas where you’re looking, or considering, to invest.

So, the message is if you’re a smart property investor, you need to know what’s going on in the local government economies, the state-based economies, how that sort of fits within a federal perspective, and understand that where you look to invest in property, you want to make sure it’s going to go up in value, and why does a property go up in value? Because it’s inherently connected with these fundamentals, which support price growth.

We talk about it all the time, so that was a quick sort of side part, but to the point of a new government down in South Australia, I’d be having a very close look at what that new government intends to do in terms of, you know, can they potentially change legislation or direction around property development, the rules and regulations around how they see their property industry growing? Yes, they can do. So, just watch this space and we’ll make sure we cover it.

Raising a deposit for your first home
Read More

Read More
BLOG: What do investors, the SA election and defence contracts have in common? 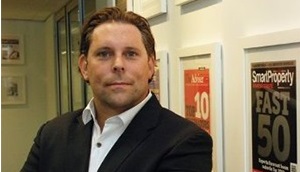