Should rentvestors eventually buy a principal place of residence?

Should rentvestors eventually buy a principal place of residence?

A lot of investors have been taking the rentvesting route for different reasons, but should they always aim to purchase a principal place of residence as their endgame?

Affordable accommodation in capital cities, preparation for retirement, convenience, and utility of money are some of the most common reasons why some people choose to rent their residence while investing in properties, according to Propertyology’s Simon Pressley.

Despite this rising trend, there’s still stigma attached to renting—a belief that the cash spent for rent is, ultimately, “dead money”. This notion is one of the reasons why a lot of rentvestors still hold buying their own principal place of residence as their dream.

Mr Pressley said: “The good thing [is that] there's no rules to life ... I think, for most people, they would sort of see themselves [at] some point in time buying a family home, but there's no deadline on when you need to do it.”

“I guess the longer you can put it off … the more you can invest and get your money's worth out,” he added.

Is a family home worth the risk?

As an investor, Smart Property Investment’s Phil Tarrant has decided to rent his residence while he grows his portfolio, but unlike other rentvestors, he refuses to believe the prejudice on renting.

“Rather than [letting] that money sitting in [a] bank account, getting ... 2 per cent interest … I prefer to put that in property and amplify its benefit,” he said.

Ultimately, before making the decision to buy your principal place of residence, Mr Pressley strongly encouraged doing due diligence. After all, investment is largely a number’s game, and transitioning from one strategy to another will require good education and smart preparations.

Buying a family home will understandably be an emotional decision, but Mr Tarrant advised investors to try and do away with all emotions when crunching the numbers.

He said: “Yes, it needs to have a nice garden, a pool, and a place you can drink wine and stuff … [but you have to] do the maths like an investor.”

If you want to purchase in Sydney, you may have to shell out more than $100,000 in deposit and more for stamp duty and other acquisition costs for a million-dollar home.

Initially, you are already dropping $200,000 for your own house, according to Mr Tarrant. Down the line, you will also have to consider rising interest rates and other costs associated with the purchase, including loan repayments.

“Extrapolate that out multiple times [and] it gets big, right? So, if you're holding this property for this period of time and it's not going up in value as fast as the debt you're paying on it, it's probably not a good investment,” he added.

“A lot of people love this idea of having a family home, but they go backwards financially by holding it because it doesn't go up in value … [so] when you choose to sell it, you can't realise any equity gains out of it, and it's potentially a cash flow burden,” Mr Tarrant highlighted.

Aside from the cash flow and capital growth of the property, you also have to factor in the capital gains tax before deciding to purchase a principal place of residence, Mr Pressley said.

If you buy a property as an investment and decide to sell it, you will have to deal with this cost. In contrast, when you sell a family home in the future, you will only have to pay the agent’s commission—the rest of the profit is yours.

Ultimately, you have to think long-term before making the decision to buy a place of residence.

According to Mr Pressley: “There's no law that says that you ever have to sell a property. You only pay capital gain tax if you sell. But, sometimes, [you have] to do what you want to do.”

Study the possible ways to minimise cost as much as possible, he said.

After you have considered the costs associated with your purchase, take time to lay out a detailed plan on financing, Mr Pressley advised.

Each person will have a different motivation for buying a principal place of residence—but regardless of your reason, you have to be able to ensure financial security for the long-term.

He said: “There will come a point of time when you just have that light bulb moment and go, ‘This is it, we're ready to settle down. I know we want to live in this particular city, in this style of dwelling for forever and a day.’ ”

“When you get to that point, and that's probably more a feeling than anything else, you need to think about, ‘Well, how will I fund that?’ ” the property professional added.

Until you have a clear answer to that final question, Mr Tarrant suggested keeping on chasing investment properties and building your “war chest” of savings for the future.

Tune in to Simon Pressley’s Q&A episode on The Smart Property Investment Show to find out if rentvesting is the right strategy for you.

Principal refers to the total amount of money loaned by a borrower from a lender. 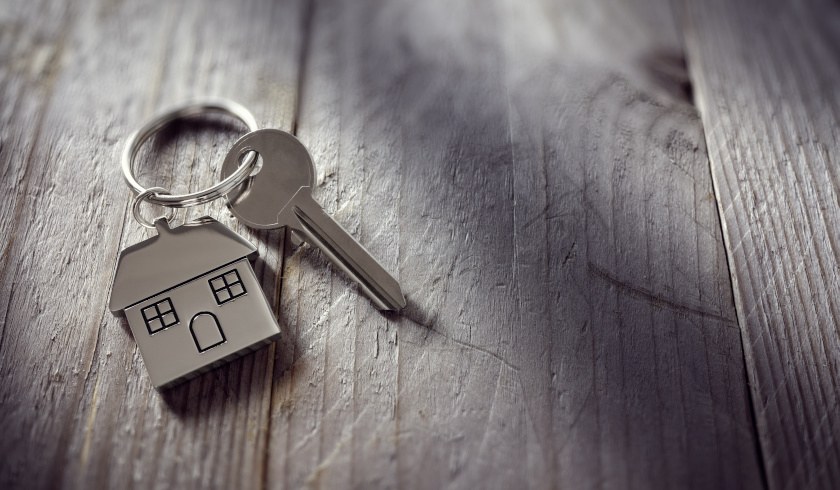