How will this $195bn Australian Defence Force project affect investors? How will this $195bn Australian Defence Force project affect investors?

Rheinmetall Australia has decided to partner with Queensland for the LAND 400 Phase 2, a billion-dollar project that will develop more than 200 new vehicles and additional modules for the Army. How will this affect investor activity in the state?

As part of its commitment to one of the biggest and most expensive acquisition projects in the history of the Australian Army, Rheinmetall is slated to build a Military Vehicle Centre of Excellence (MILVEHCOE) in Ipswich, where they will build the new combat reconnaissance vehicles.

Initially, the project will create around 600 additional jobs in the area—a good news for investors, according to Right Property Group’s Steve Waters.

The property professional said: “I mean, it’s not the only reason to buy into an area, but if we talk about Ipswich in particular, that’s going to mean about 600 jobs… which is nothing but good in an already strong area.”

In line with the benefits of the LAND 400 project for Queensland investors, Mr Waters highlighted the importance of other fundamentals that will put positive pressure on prices.

According to him, it’s vital that with job growth comes wage growth.

He said: “What are the things that are going to have a positive impact on people’s ability to borrow money, pay down debt, give greater accessibility or greater infrastructure to areas?”

These growth drivers work hand in hand to begin the first stages of economic uplift in Ipswich and ultimately make for an upward movement in the market, the property professional highlighted.

However, with the rise of jobs and wages and the increase in overall spending, inflation is most likely to go up as well and interest rates may follow suit. It’s a “cause and effect” cycle that investors need to be properly educated on, Mr Waters said.

He strongly encouraged being “ahead of the curve” by understanding what drives cash rate and interest rate instead of simply “riding that wave of growth”.

According to him: “As an investor, that’s what affects our hip pocket, and everything else is a derivative of that, including consumer confidence, supply and demand, and the like.”

Smart Property Investment’s Phil Tarrant also advised being updated with local governments’ plans, which could certainly influence the fundamentals of the market. For example, they could change legislation pertaining to property development, depending on how they see the property industry growing in their area.

“You need to know what’s going on in… the state-based economies [and] how that sort of fits within a federal perspective, and understand that where you look to invest in property, you want to make sure it’s going to go up in value… because it’s inherently connected with these fundamentals, which support price growth,” the avid investor explained.

At the end of the day, proper education and good guidance from professionals, where appropriate, will lead you to the right market.

While Queensland will most certainly benefit from the LAND 400 Phase 2 project and the development of Rheinmetall’s MILVEHCOE, both Mr Waters and Mr Tarrant encouraged studying the fundamentals of an area in line with your specific goals and strategy before deciding to invest.

After all, building a diversified portfolio is better than having all of your eggs in one basket.

Mr Waters said: “You can go out and buy the nice house in an already fundamentally correct area and you’ll do all right. It’s riding that wave of growth… But if you really want to be a ‘sophisticated’ or an ‘intelligent investor’, you’ve actually got to be a little bit ahead of that.

“Not that you’re trying to predict something… You’re [just] going to where the fundamentals are going to be, such as infrastructure projects, population [growth], and then [start] to establish properties around there.”

Tune into Steve Waters’ episode on The Smart Property Investment Show to know more about other major Defence contracts and how they can affect investors across Australia. 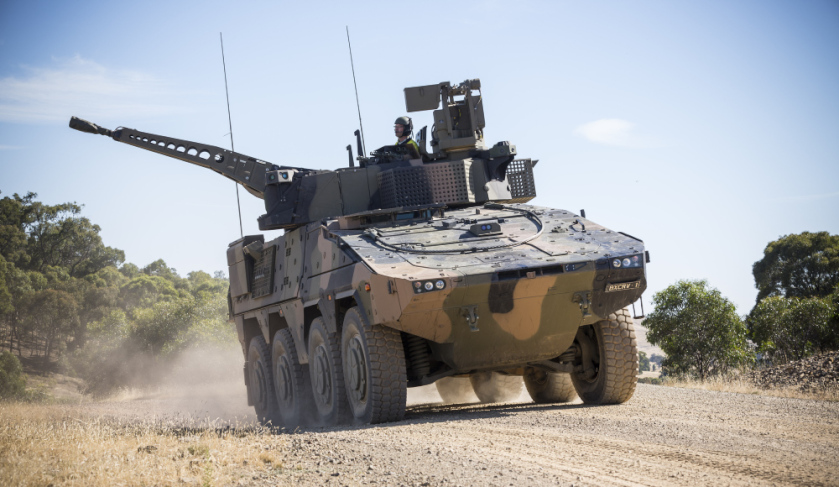 Last Updated: 11 May 2018 Published: 11 April 2018
share the article
Real estate agent clichés you should be wary of
NAB’s tips on house prices and hotspots to watch this year