Once tagged as one of the strongest markets in Australia, Sydney is now seeing the largest fall in investment activity. But are there remaining opportunities for investors in the capital city? The slowdown in Sydney’s market is evident in the increase of listings, which were up by 23.2 per cent. Asking prices for houses remain flat while asking prices for units are slipping by 0.4 per cent.

Overall, investing in the capital city has fallen by 13.3 per cent. Investment activity is expected to rise in the next 12 months.

The value of dwellings across major capital cities have made little to no movements in the past month, according to CoreLogic.

Based on the report ending 22 April, Sydney held steady instead of declining for the first time in a couple of weeks, along with Brisbane and Adelaide.

However, the prices of dwellings in Sydney remain the most expensive across Australia. In fact, 27 per cent of buyers in the capital city go over their specified budget, ME Bank stated.

The high prices are resulting to drops in demand at par with what PerthPerth, TAS Perth, WA saw at the end of the mining boom.

Realestate.com.au’s Nerida Conisbee said: “High prices are having a big impact on buyer activity and the decline in prices is likely to continue during the first half of this year.”

The National Australia Bank (NAB) expects the overall house prices in Australia to decrease by 4.8 per cent, with Sydney’s prices declining by 3.4 per cent in the next months—a decline largely brought about by the slowing of foreign investment.

In contrast with home values, the value of units in Sydney increased by 1.9 per cent, which illustrates the stronger demand for medium- to high-density properties compared to houses.

Contributing to this high demand is the affordability of units as well as its proximity to good infrastructure including transportation.

Over the quarter, rental rates across property markets in Australia have risen by 1.1 per cent to $427 per week.

Sydney recorded the highest median rent for units, with a 0.8 per cent rise to $582 in the past quarter—the most expensive rate recorded among all capital cities.

According to CoreLogic, the high rental rates in the capital city is largely brought about by housing affordability issues.

“Supply additions have been significant over recent years as has demand for housing from investors, but affordability remains stretched and population growth remains substantial, which is creating competition for rental stock as new households moving to these cities look for accommodation and lower income households remain locked out of home ownership instead having to rent,” the report stated.

In contrast with the rising rental rates, the speed of growth does not look as promising for investors, with an overall quarterly rise of 1.1 per cent—a significant departure from 2017’s first quarter rise of 1.5 per cent.

Rental yields in Sydney, in particular, are tagged as ‘underperforming’ but nevertheless stable at 3.2 per cent.

As vacancy rates are expected to rise, asking rents may fall, according to SQM Research’s Louis Christopher.

He said: “Asking rents for houses fell by 1.3 per cent over the year to 12 April, while asking unit rents increased by just 0.8 per cent. Sydney rents could continue to ease this year given its higher vacancy rate.”

A lot of experts believe that Sydney will be going flat for some years, but this is not to say that investors should run away from it ASAP. The capital city’s strong economy will continue to keep its property markets afloat.

However, for now, it is not advisable to dive into Sydney if you’re looking to create wealth through property, Propertyology’s Simon Pressley said.

He highlighted: “There will come a time in the future, when they'll be back on our list but it's certainly not now.”

For those who already have investment properties in the capital city, it’s best to take the long-term approach and hold on to them until the market recovers.

The recovery will most likely be brought about by upcoming infrastructure projects, increasing population and high levels of international migration, according to RiskWise Property Research

Southwest Sydney, in particular, is expected to display positive capital growth in the near and far future as the demand for affordable housing both inside and outside the CBD rises.

“While the Sydney market has cooled, it is likely that houses in Southwest Sydney will enjoy moderate capital growth in the short term, and solid capital growth in the medium to long term, due to the growing demand for affordable housing across the Greater Sydney region,” RiskWise’s Doron Peleg said. 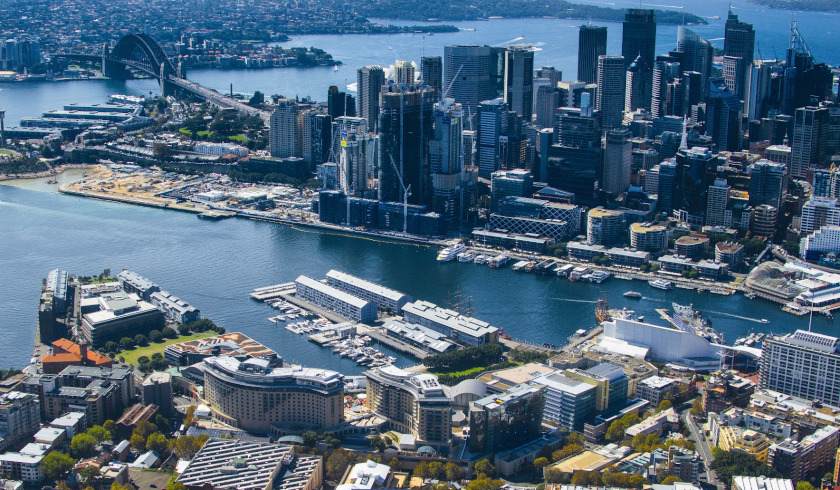