Best investment suburbs in Brisbane for 2018

Best investment suburbs in Brisbane for 2018

Investors looking to purchase in Brisbane can expect solid growth in its property market, as its laidback lifestyle and lower costs of entry continue to drive interstate migration into Queensland’s capital.

According to experts, after experiencing slow price growth due to weak local jobs market, apartment oversupply and a rather dull population growth since 2016, the Brisbane property market is now poised for recovery in the next 12 months.

The affordability currently seen in the market marks the largest price gap between Brisbane and Sydney in the last two decades—an indication that Brisbane is primed for a cyclical growth curve.

Right Property Group’s Viktor Kumar explained: “Median house pricing between Sydney and Brisbane is traditionally about 26 per cent, but right now, we are sitting at around a 76 per cent differential because Sydney is over-inflated and Brisbane hasn’t had any major growth.”

“To bring that back to normality, which is the 26 per cent, there are two things that will happen. One, the Sydney and Melbourne prices will contract. Two, Brisbane will go through a natural growth curve, the same as which happens in every cycle,” he added.

Meanwhile, median house prices may rise at 7 per cent to $590,000 by June 2020 while unit prices is most likely to remain flat within the same period.

Here are the Brisbane suburbs worth checking out this 2018:

Some of the best suburbs in Brisbane for investors chasing growth can be found in the eastern markets, which saw a 16 per cent rise in the past three years.

These growth regions include:

Some of the suburbs to look into are Tingalpa, Geebung and Keperra, which are all within 10km of the CBD

Moreover, the area in and around 60 minutes north of Brisbane CBD is also set up for significant growth this year, according to Mr Kumar.

This is primarily due to the infrastructure in the region that influences the property market, including the Petrie University and the CabooltureCaboolture, QLD Caboolture, QLD Base Hospital.

Affordability and infrastructure are also the main growth drivers in the middle-ring suburbs of Brisbane.

Renters are coming in flocks to these suburbs, thereby pushing vacancy rates down from 3.4 per cent to 2.1 per cent.

The middle-ring suburbs primed for growth include:

According to Mr Kumar: “Where you can still get a decent house for $400,000, where say 10 years down the track you can knock it down and put a duplex.”

“There aren’t many other states in Australia that you can say that you can confidently do that within a 15 minute travel distance to the CBD,” he highlighted.

If you are looking to purchase a primary place of residence, Brisbane’s inner-city suburbs may be a good option primarily due to the impressive infrastructure surrounding the area.

Should you decide to turn your home into a wealth-creation asset, these suburbs may also offer a relatively good return on investment because of the slowdown of apartment approval and consistent population growth.

This information has been sourced from Business Insider, OpenAgent, Domain, Real Estate Institute of Queensland and Metropole. 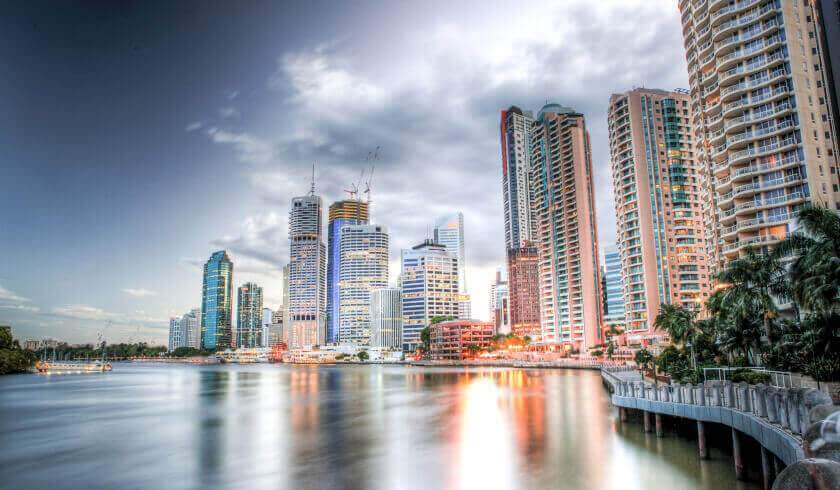 Last Updated: 09 July 2020 Published: 11 May 2018
share the article
Two simple secrets to sustainable wealth
Why you should take a long-term view of Australia's fastest growing city