The slipping homes values in the “premium markets” of Melbourne and Sydney have resulted in the “most substantial decline in housing demand’ in Australia. Is it still worth investing in Victoria’s capital?

After experiencing strong gains from 2012 to 2013 and benefiting from high investor demand, the house price growth in Melbourne is on track to recording a negative number this year as tightening credit conditions weaken investment activity.

The more expensive properties in the capital city saw a bigger decline than the affordable properties. Dwellings at the more affordable price points are generally being supported by first home buyers.

According to BIS Oxford Economics, no substantial house price growth can be expected in Victoria’s capital until the 2019 financial year.

However, low-interest rates, stable economic environment and strong population growth could make way for a slight correction in the market.

“Supply is running at record levels. While demand has also risen, with population growth expected to exceed 400,000 persons in 2017–18, its highest level since the peak in net overseas migration in 2008–09, this will still not be sufficient to meet supply,” BIS Oxford Economics’ Angie Zigomanis said.

However, stocks are still abundant, particularly in Greater Melbourne’s apartment market. Over 56,000 units dominate the markets near the central business district and the inner-city suburbs.

Settled transactions in Melbourne went down by 12.9 per cent over the past year mainly due to the inability of investors to secure financing.

Once off-the-plan properties are completed, transaction volumes are expected to trend upward.

Since there’s less urgency among buyers, property sellers are advised to rethink their expectations and strategies. Be willing to find a compromise of price to avoid being in the market for longer and craft a finely-tuned marketing strategy to sell your property at an appropriate price.

According to Housing Industry Association’s Tim Reardon: “Investor participation in Australia’s housing market is crucial in ensuring that enough rental accommodation is available. Any changes that impact on housing investment must consider the long-term impact on all parts of the market.”

“Ample rental supply in Sydney and Melbourne has been instrumental in allowing their workforce and economies to expand,” he highlighted.

With the increasing demand for rental properties, median rents across capital cities continue to go up.

Other house sizes in the majority of the areas also saw rents rise, except for four-bedroom houses in inner Melbourne, which declined by 0.5 of a percentage point.

Meanwhile, the vacancy rate in the capital city declined by 0.1 of a percentage point to 2.1 per cent over the quarter.

These demographic factors include:

According to Property Investment Professionals of Australia’s Peter Koulizos, identifying areas undergoing the early stages of gentrification is one way to secure significant returns on investment.

“The secret is to get in early before everyone else realises what is going on,” Mr Koulizos said.

Among the suburbs in Melbourne that show signs of gentrification are Braybrook, Footscray and West Footscray.

Investors are also advised to check out areas with good population growth, large volume of existing and upcoming work and high level of building approvals.

Despite its recent lackluster performance, the Melbourne property market is currently among the most prominent hotspots for investors due to job creation, population growth and new home construction, which are all contributing to its economy.

In fact, 12 of the 20 hotspots across Australia recorded by the Housing Industry Association (HIA) are located in or around Melbourne.

The Mickleham-Yuroke area of Melbourne stands on the number one spot, with a population growth of 35.3 per cent during 2016–17 and $222.9 million in building approvals.

Track the major market movements in Melbourne and get to know more about the capital city’s growth drivers and hotspots through Smart Property Investment’s April 2018 and May 2018 market updates. 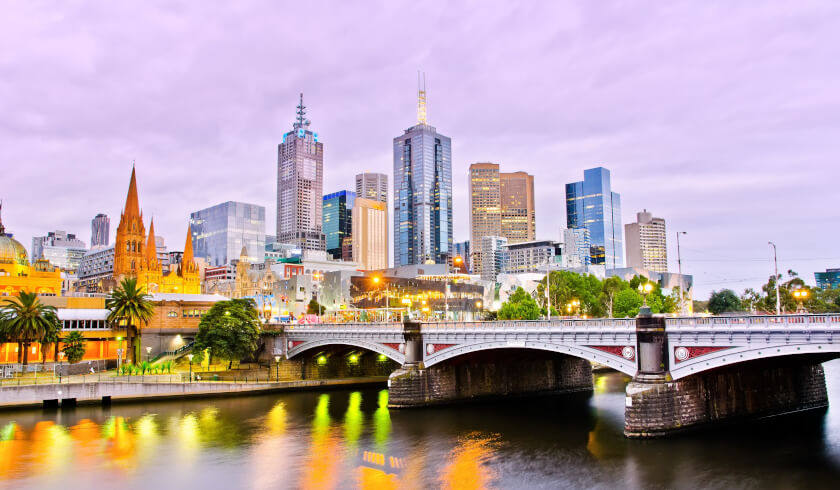