Investors are well aware of the cyclical nature of markets that properties go through every few years, but even though markets move in cycles, they can still be wildly unpredictable. Here's how you can weather even the worst market fluctuations.

Smart Property Investment’s Phil Tarrant hold 18 properties with assets spread across different states and territories, rendering him ‘exposed’ to market fluctuations, which are particularly evident in and near capital cities.

“It's about how you are exposed to those fluctuations,” the investor highlighted.

In Sydney, a number of his properties are on the western side, specifically in Mount Druitt, Saint Marys, Cambridge Park and Ambarvale.

His assets range from houses and units to a block of apartments and other types of real estate.

The investor believes that a huge part of market fluctuations are influenced by the behaviour of buyers depending on the price pressure on properties within a specific area as well as their ability to secure financing. This ability to access funds is, in turn, heavily influenced by policies.

Due to tighter lending regulations that make it harder to secure financing, investors who once don’t think twice about buying properties worth $700,000 to $800,000 in inner cities are now coming down the bracket and looking at properties worth $400,000 to $500,000 in areas farther from the central business districts.

“A lot of those people who would have traditionally gone down the more expensive route aren't purchasing those properties because they can't get the funding to do so. They still want to invest in property so they look at properties in the $400,000 to $500,000-mark,” Mr Tarrant highlighted.

Amidst the news of rising prices in the New South Wales capital, Mr Tarrant and his team continued investing in Sydney by acquiring assets within affordable belts.

This strategy of buying cheap properties minimises the risks of any drastic effect of market fluctuations despite being exposed to the Sydney property market amidst its slow down, according to property strategist Steve Waters.

During this cycle, Mr Waters believe that investors are better off implementing long-term ‘big picture’ strategies, such as buying affordable and high-growth assets.

By doing so, they protect the cash flow in the portfolio no matter the fluctuations in the market.

He explained: “The fact that they are affordable is why we invest in them. That's what our strategy is. We're all long-term investors and we know there's going to be the ebbs and flows of a market cycles.”

“I'm not saying going to the big end of town is the wrong strategy. This just gives us security that, at the end of the day, while we have the ebbs and flows of cash flow and property values, we have security in the cash flow,” the property strategist added.

As the Sydney property market continues to soften, investors can start looking into entering the city market once more when the rents start to recover and the vacancy rates start to drop.

“That's not to say there won't be any opportunity between now and then because there's always an opportunity if you can find the pressure points or the distressed areas, especially in today's market. But between now and then, I'd like to see some more diversification into a few of the other states as a long-term play,” Mr Waters said.

If the varying market movements across Sydney are rattling investors, those that bought properties in Brisbane are pretty much just waiting for a significant shift to happen.

Many investors who have gone to the Queensland capital hoped to see the growth seen in Sydney and Melbourne in the past years.

However, while no imminent price declines are threatening to hit the Brisbane property market any time soon, it is still more likely to lag behind Sydney and Melbourne in terms of growth, Mr Waters said.

According to the property strategist: “We've had some capital growth but, I think, the mistake a lot of people have, especially Sydney-centric investors that have gone into state, is expecting to see the same growth. That's a really dangerous thought pattern because what Sydney and Melbourne experienced is above and beyond.”

While Brisbane has strong interstate and overseas migration numbers, improving infrastructure as well as a growing consumer sentiment level, the main ingredient missing in the capital city over the past 10 years is job growth.

At best, the capital city will remain steady as it goes, providing good yield and longevity to investors—no record-breaking movements or quick contractions.

Mr Waters said: “Yield is abound Brisbane. Brisbane's got good yields when you compare it to the average. While the cash flow is there, it gives us longevity in the market, and that's the important thing.”

If investors buy in fundamentally correct areas, especially in or near the metro, no matter the movements in the market, they are likely to see significant growth within 10 to 30 years.

“I just don’t think we're going to have the same rate of growth that we had in Sydney, and that's a really strong point I want to make,” he highlighted.

At the end of the day, the best way to navigate the ebbs and flows of the property markets is to maintain good cash flow and stay in the market for as long as possible.

After all, as most seasoned investors and property professionals say, property investment is all about time in the market rather than timing the market.

Tune in to Phil Tarrant's latest property update to know more about the steps he will take to ensure success for his properties across Australia's capital cities. 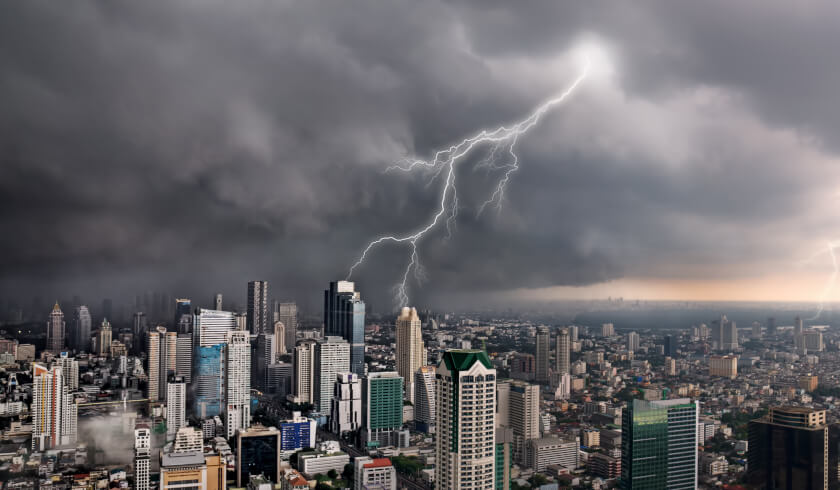