From deposit to renovation: How this 27-year-old chiropractor started an investment journey

Budding investor Wayne Hedley began his investment journey in October last year with a $415,000-townhouse in the Gold Coast, which he opted to renovate before renting out for more than $400 a week. Find out how this millennial cracked the code and how you can do it, too. 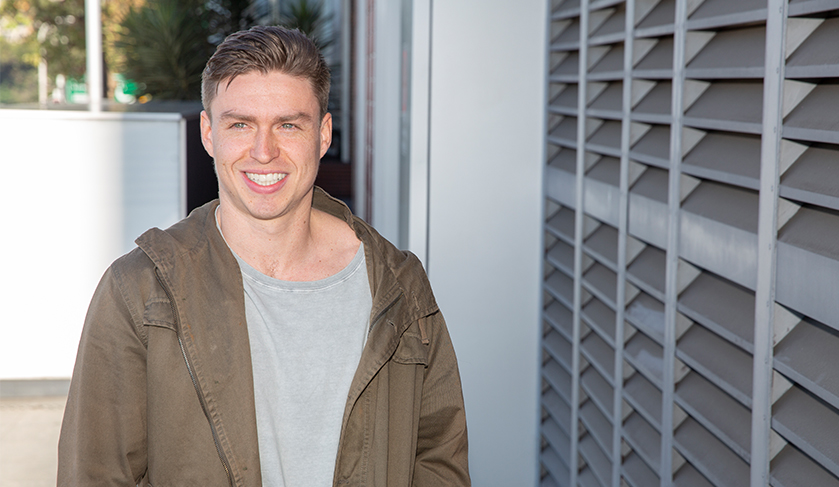 Millennials are often said to be ‘priced out’ of the property market following the record-high dwelling prices and the tighter lending environment across the country, which are said to be the most concerning effects of the softening of the bigger markets in Australia, particularly Sydney, Melbourne and other capital cities.

However, Mr Hedley is one of the living proof that Australia’s property market is as open as it always is for every kind of investor.

According to the budding investor: “ I guess the main perception is it's pretty tough and you can't do it, but it only takes a bit of sacrifice and a bit of savings. Anyone can definitely do it, especially if you look outside of Sydney.”

Although he had to give up a European holiday or a couple of fancy lattes and night outs in the coolest joints to save money and dedicate time to educating himself about property investment, Mr Hedley would not have it any other way.

He said: “I finished Uni, went out a fair bit for a couple years and had a good time, then I thought, ‘Better knock it down and put a plan into action,’ and since everyone goes, ‘You need to buy a house,’ I just started saving for that deposit and educating myself to make sure I make a good decision.”

Soon enough, he was buying his first property in Mermaid Waters and earning $430 a week in rent.

Unlike other young investors who sought financial assistance from his parents, Mr Hedley only had the benefit of being able to stay in his parents’ home, paying rent and doing a share of household chores, while saving up for his first property purchase.

Less than a year ago, he was able to purchase a two-bedroom townhouse in Mermaid Waters for $415,000 through a 10 per cent-deposit and a 90 per cent-home loan. He opted for the principal-and-interest home loan, which allows him to make repayments against the principal amount borrowed and the interest charged on the loan.

Despite the low deposit, the budding investor did not have to pay for the Lender’s Mortgage Insurance (LMI) due to his profession—a perk that saved him around $6,000.

The Lender’s Mortgage Insurance is a premium paid by the borrower to protect the lender in the event that the borrower defaults on the loan. It usually applies to those who would like to borrow more than 80 per cent of the property’s value.

This step in his journey highlighted the importance of being educated before jumping into a property investment opportunity. Had he not done due diligence, he would not have known about the LMI exemption that his chosen lender offers.

“Make sure you go and check out the loan products available and ask your broker to see if there's anything relevant to you,” he highlighted.

Throughout this process, Mr Hedley was working with his buyer’s agent, whom he trusted to help him make the right decisions.

Overall, he had to shell out $85,000 upfront for the purchase of his property, including deposit, stamp duty, legal fees, professional fees and other upfront costs. This budget also includes the minor renovations he chose to do before putting the property on the rental market.

Mr Hedley said: “It’s a big chunk of money and it took me probably about two years to save up. I guess you just break it down. If you go, ‘I can save $500 a week for 100 weeks,’ it starts to add up. As I was doing that, I got more motivated so I started saving a bit more. It just kind of snowballs on itself.”

“I guess I just saw what happened in Sydney and the way it doubled in like four years. I thought ‘I got to do something to try and jump on the bandwagon’. You just need to have your eyes on the prize,” the budding investor added.

Aside from helping him sort out his finances, Mr Hedley’s buyer’s agent ultimately assisted him in picking the right investment property out of all the stock available in the market.

Their combined research and knowledge led them to the Gold Coast, where historical data proves that the population has been growing consistently. The area is also in close proximity to significant infrastructure, particularly transport systems and shopping centres.

Mr Hedley shared further: “There’s a bit of scarcity of land there as well since you have the coast on one side and the inner land on the other. I guess it would join up with Brisbane eventually. In 30 years, it would just be a big city.”

Before buying the property, he made it a point to check the property for himself—a two-bedder in a complex made out of 12 properties built in the 1980s.

Considering the state of the property, his buyer’s agent advised him to consider improving the property’s aesthetics before having it rented out. Mr Hedley was, once again, present for most parts of the renovation.

According to him: “It was the buyer’s agent's advice. The property kind of needed the renovation. I think the tenant that was in there for about 15 years was family friends with the owner. She hadn't looked after it too well. The carpet needed updating, the paint was pretty terrible and I think it needed a new dishwasher and bathroom vanity.

“I wanted to make it look better for the tenant who will rent it out. It looked pretty tacky, so I didn't mind spending on that. Hopefully, when I get a re-value, it pushes it up a bit more,” he highlighted.

Based on comparable properties in the area, his townhouse could now be valued at around $440,000.

“It's going in the right direction, so far. I guess I will just look at holding it for the long-term,” Mr Hedley said.

While the property generates $430 a week in rent, it is currently costing him around $5,000 in holding costs annually, or about $100 a week, all before tax.

Mr Hedley’s investment property is currently negatively geared, but that does not dishearten him from continuing his wealth-creation journey.

In fact, his research has prepared him for the challenges of the acquisition phase.

“I made a few spreadsheets and kind of overestimated the costs and underestimated the rent, so it's worked out better than I thought. You'll have to do a break-even between the capital gains and how much it costs you to hold and I think I'm ahead so far,” the budding investor said.

The assistance of his financial team has also helped him navigate the beginning of his investment journey. As it is working out well—from finance to management—he considers his first purchase as the strong foundation of his growing portfolio.

At the end of the day, Mr Hedley tries his best to avoid worrying about it too much and, instead, spend his time educating himself more through various resources and the best mentorship.

Fortunately, like all those who started their investment journey early, time is on his side.

Mr Hedley highlighted: “I guess you go through an acquisition phase and then the consolidation phase. If I hold this property for two or three cycles, it almost gets me to $2.5 million. I can go, ‘Do I buy two or three properties and just sit on them or do I buy four or five and do a sell down?’ I’m just trying to understand that kind of thing a little bit more.

“Time is a very valuable commodity in property investment because it could have a positive effect on your properties. Hopefully, the longer you hold your property, the more they'll go up in value and the more you realise the capital gains,” he concluded.

Tune in to Wayne Hedley’s episode on The Smart Property Investment Show to know more about the triumphs and obstacles he faced as a millennial in the property market today.

Read More
From deposit to renovation: How this 27-year-old chiropractor started an investment journey