Amid high property values: Is Australia becoming a ‘bust market’?

Amid high property values: Is Australia becoming a ‘bust market’?

Despite property prices going up consistently across capital cities, particularly Sydney and Melbourne, some experts believe that it’s still a good time to buy real estate in Australia. Should investors continue to grow their portfolio or prepare for an imminent market crash instead?

There are varying insights and opinions on the state of the Australian property market nowadays. While the ‘premier markets’ of Sydney and Melbourne are undeniably softening at the moment following an unprecedented boom in the recent years, other capital cities are faring much better, disproving doom-and-gloom headlines predicting a market crash.

Still, the softening markets are impacting property values in many parts of the country, and as such, their ability to control their finances. This trend in the property market highlights the importance of proper valuations.

According to Opteon’s Sally Dale: “The goal in property investment, in general, is to secure assets which are going to grow in value over time. Hopefully, it won’t cost you too much to hold as it generates a rental return. Every property investor is always thinking about valuations—what's my property worth?”

Aside from helping investors avoid overcapitalising, proper valuations also allow them to craft an effective finance strategy that will ultimately help them grow their portfolio in the long run.

“Valuations are also done on the basis of looking to refinance or sell down or realize some equity that you might have in that property. Valuation is key in a softening market,” Ms Dale highlighted.

How valuations are done

While there are varying mechanisms involved in property valuations, Ms Dale said that they are generally done based on the attributes of the property as well as comparable sales.

For residential properties, valuers usually study comparable properties that had been sold in the market recently. Then, to arrive at a specific valuation for a particular property, they adjust the market value based on the attributes of the real estate asset, including land size, improvements and other building features.

Finding comparable properties in metro areas rarely presents a challenge for valuers. However, upper-end markets and regional markets, where a lot of properties can be unique and sales could be scarcer, usually test their experience and expertise.

Ms Dale said: “That's where we need to draw on our experience, having been in the market for a long time. Sometimes, it could be subjective valuations—we've really got to use our knowledge and experience to come up with that figure.”

According to her, a lot of investors usually end up disappointed upon seeing a proper valuation of their property, believing that their asset could be worth more. However, valuers don’t consciously take the conservative route, contrary to popular belief.

The property valuer explained: “We're looking at comparable sales or the most recent sales, so we really want to get sales within the last three to six months. We're only reporting what they say or show. We're not a real estate agent. We're not there to try and sell your property.”

“When we go out to do a valuation for the bank, we'll be given an estimate, whether that comes from the owner or their finance broker or the bank themselves. A large percentage of the time, we're pretty close to the estimate,” she added.

It’s at the beginning of the downturn of a particular market where valuers have a hard time bridging the gap between the investor’s perceived value of the property and the proper valuation of the asset, according to her, since investors have yet to understand the movements that caused the prices to go down.

A lot of property markets in Australia are experiencing a downturn nowadays, particularly capital cities such as Sydney and Melbourne. In fact, the share of cheap properties across markets significantly declined to a historic low in the past week.

However, this trend is not reflective of an impending market crash, Ms Dale said.

Overall, the Australian property market remains a widely ‘varying market’, with several markets outside the ‘premium areas’ experiencing consistent growth in property value. Tasmania, for instance, had a strong performance in the past weeks following an influx of overseas investors, while South Australia and Brisbane are fairly stable.

According to the property valuer: “We lot of different states and, therefore, a lot of different markets. Tassie’s property market, for example, is actually really strong. Meanwhile, the market in Victoria is probably only just starting to see a slowdown in the last three to six months.”

“Sydney’s property market has come off in last 12 months but some of the lower-end sectors, the unit markets, are still going pretty well. Queensland is pretty steady. SA is steady as well, while WA is still down in the doldrums and NT is still probably a tough market,” she added.

Interestingly, while the middle-market properties are experiencing a downward trend in valuations, the top end has not shown the same signs of a downturn. In fact, together with the unit markets, the ‘prestige markets’ across states and territories are performing well recently.

“In the top end, probably that $5 million-plus-bracket of the market, hasn't come back at all. I think the buyers in that market are dealing with their own different economic circumstances. They've obviously got the money there,” Ms Dale explained.

Essentially, it’s the two ends of the spectrum—the affordable corridors and the premium areas—that are standing strong in today’s property market.

At the end of the day, Australia has ‘markets within markets’. The house on one side of the street may be driven by different market dynamics from the unit just around the corner. In a similar way, the downturn of Sydney and Melbourne is not the downturn of its neighbouring markets.

It’s always a good time to buy in the Australian property market, as long as investors know where to look and what to look for.

Tune in to Sally Dale's episode on The Smart Property Investment Show to know more about the importance of valuations in the current property market. 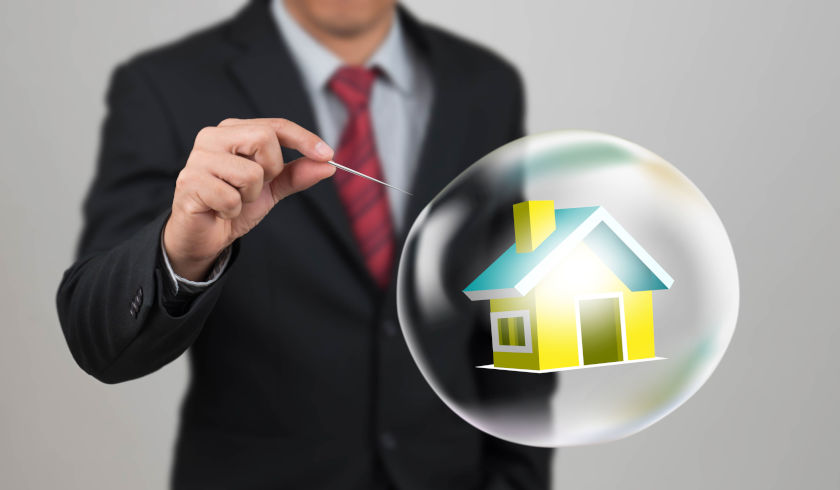 Last Updated: 25 May 2022 Published: 29 August 2018
share the article
Only 1 major market records rise over week
The first step for new investors: ‘Start from the bottom’