BLOG: What we can learn from a 7% vacancy rate

BLOG: What we can learn from a 7% vacancy rate

The other week, I sat in a presentation from CoreLogic about softening markets. They did sort of around the grounds of all the different major capitals. There’s one area, in particular, that I discussed with my buyer’s agent. While extreme, there’s something there that all investors can learn about.

What they said was Tassie and Hobart’s performed quite well over the last year or so. Brisbane’s plus or minus a few percent, sort of heading north. Sydney and Melbourne is going south. PerthPerth, TAS Perth, WA is Perth. We speak a lot about Perth, while South Australia’s sort of steady as she goes.

So, the market’s soft. We’ve got capital values that are going to soften or hopefully go up a bit. And they should go up. All reports say that. All the drivers and fundamentals for property prices are increasing, they’re decades ahead or pretty clear. But this cycle of how property values fluctuate and how rents fluctuate is in line with that.

My buyer’s agent, Steve Waters, he tells me about inflection points, when the value of the property grows, rent grows too, but it can fluctuate and rent growth can go past value growth, and prices can rise but rents can fall as more people come into the market like in Sydney. For example, he told me about the Hills District, which is seeing a vacancy rate of about 7 per cent, driven up by new units in Baulkham Hills and Castle Hill.

Immigration and population growth’s been pretty strong too, but Steve told me so has construction – faster in fact than population growth, which then pushes down rents and it’s pushing down property prices.

See, the thing about the Hills District is, there’s a huge rail infrastructure going out through north-west Sydney and it pretty much follows WindsorWindsor, NSW Windsor, VIC Windsor, QLD Road.

I remember that road; 30 years ago and it was just like a country lane. And now it’s like three lanes each way. And there’s a huge amount of development right along there, all the way through past the main Fiddler Pub, which I remember quite fondly from my youth.

There’s an argument to say it’s good, what’s happening, as in they’re putting in the infrastructure in it and housing into utilising infrastructure now. But a product of this cycle is that there’s a lot of properties which are going to be vacant, and may be for quite some time until it firms up there.

But stuff like this happens all the time, every property cycle according to Steve. It’s not just the Hills District though, it goes as far as the south-west corridor and up to the Northern Beaches. He told me this is all just history repeating itself, and he’s right. Investors do need to be a bit cautious now, but it’s definitely not the end of the world.

Raising a deposit for your first home
Read More

Read More
BLOG: What we can learn from a 7% vacancy rate 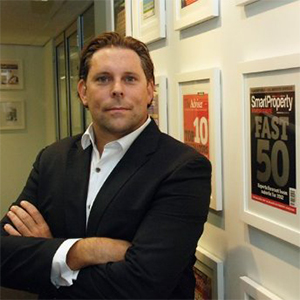