Following the end of the mining boom, the Perth property market has been in a state of ‘steady and healthy improvement’, truly recovering from the worst cycle it has seen in years. Is Perth now the market to be for property investors?

The WA capital recorded stable property values over the final week of August. However, continuing from the week prior, Perth was the largest declining major capital city with a 0.2 per cent fall.

According to CoreLogic’s Cameron Kusher: “With dwelling values now falling and gross rental yields close to historic lows, the total returns from residential housing are not looking so attractive and a greater share of returns are coming from the yield component.”

Still, despite a considerably subdued market, returns in Perth’s property market recorded a rise at 1.6 per cent, greater than last year’s 1.2 per cent.

The capital city’s returns are slightly higher than regional Western Australia’s, which is currently at 0.6 per cent, down from last year’s 1.8 per cent. This trend is in contrast with other states, where regional markets have been performing marginally better than metropolitan markets.

Residential listings across capital cities increased over the month, with most people in a hurry to sell off their properties.

Nationwide data recorded a 5.9 per cent increase in residential listings to 332,671 properties, according to SQM Research.

Melbourne, Sydney and Canberra saw the largest increases, while Perth recorded a 3.8 per cent increase to 26,405 listings, preceded by Brisbane, Adelaide and Hobart, and followed only by Darwin.

In most capital cities, houses remained popular than units. However, the average time on the market increased in most areas, indicating a general decline in demand for dwelling.

Over the next two years, 251,751 units will be completed nationwide, an increase of 9.3 per cent in overall unit supply. The highest increase is expected in Sydney and Melbourne, the two most populated capital cities.

Mr Kusher said: “Considering that dwelling values have generally trended lower over the past twelve months, buyers who have purchased a unit ‘off the plan’ may find the unit value at the time of settlement is lower than what they may have expected at the time of signing the contract.”

In Western Australia, Perth is expected to see a total of 40,100 additional units over the next two years—a 9.5 per cent increase.

The falling of dwelling values has rendered properties more affordable, thus decreasing the number of properties worth at least $1 million across capital cities. In fact, over the 2017-2018 financial year, the number of sales for properties in the said price bracket declined by 0.8 per cent.

While the general decline is expected to continue across the country, Perth has already bucked the trend.

As of June, sales for properties worth $1 million and over in the WA capital has increased to 11.3 per cent and 3.1 per cent of overall dwelling supply, up from last year’s 10.9 per cent and 3.8 per cent.

Essentially, over one in ten houses selling in Perth cost $1 million or more.

According to Real Estate Institute of Western Australia (REIWA)’s Hayden Groves: “Buyers clearly recognise there is an excellent opportunity in these aspirational suburbs to purchase high-quality family homes at prices we are not likely to see again as the market recovers.”

“Demand in these suburbs has clearly strengthened. Data shows 25 of those 37 suburbs are selling faster than the overall Perth Metro region figure, which indicates buyers need to act quickly in these areas to ensure they don’t miss out,” he added.

The top five suburbs to record the most house sales over $1 million are Nedlands, Cottesloe, Floreat, ClaremontClaremont, TAS Claremont, WA and Mosman Park.

As in premium properties, Perth is also bucking the trend for cheap properties.

While most capital cities saw low numbers of cheap property over the month—only 13.9 per cent of overall house supply and 25.8 per cent of overall unit supply—Perth has made it easier for investors and home buyers to find assets worth $400,000 or below.

Affordable properties in the WA capital make up more than half of overall stocks, or 51.3 per cent, up from last year’s 45.6 per cent

Median rents for both houses and units remained stable in Perth over the month.

Across the country, the WA capital offers the best bargain for shared accommodation at $123 a week for all property types, followed by Adelaide at $133 and Darwin at $156.

The affordability in Perth, which is rare in most major capital cities, strengthens the demand for dwelling in the area. In fact, over the past three years, the rental market in the WA capital has seen one of its best performances, largely brought about by low vacancy rates.

For the month of August, Perth’s vacancy rate sits at 4.5 per cent—one of the positive signs that the market is indeed improving after record-lows following the mining boom.

Real Estate Institute of Western Australia (REIWA)’s Hayden Groves said: “What we are seeing is a steady yet healthy improvement in tenant activity. Steady rents, easing supply as listings for rent continue to fall and stronger demand with more leasing activity all point to the rental market leading Perth’s property market recovery.”

Leasing activity rose by 17 per cent, with more than 4,800 dwellings leased out over the month.

Among the most popular suburbs for renting are Leederville, Glendalough and Secret Harbour.

“Leederville had more than double the amount of properties leased from July to August, with the volumes increasing by an impressive 183 per cent. Typically, as we move into these warmer spring months, the property market should see an overall uplift in activity, and historically the sales market follows the rental market during a recovery,” Mr Groves highlighted.

Over 17 months, Perth had a consistent median rent of $350 per week.

This stability, while unlike stellar returns desired by many investors, certainly improves the confidence of both investors and tenants in the Perth rental market.

For most experts, Perth is consistently shedding its reputation as ‘just a big mining town’ through solid fundamentals that drive improvement to the local economy.

After experiencing a flat market for a long time, the capital city is geared for major infrastructure projects in the coming years. These include road and rail, large-scale shopping centres and other community revitalisation initiatives.

OpenCorp’s Michael Beresford said: “There is a massive capital commitment from the government, and they realise that basically the more affordable capital cities where the majority of the jobs in Australia are going to be growing at a more rapid rate into the future than what Sydney and Melbourne are going to be.”

According to him, Perth is expected to remain stable for the next 12 to 18 months, but certain pockets in the capital city may offer better opportunities over the same period.

After the capital city’s strong rebound in the June 2018 quarter, the worst of the market downturn in Perth seems to be over and experts are generally optimistic about its property market’s complete turnaround soon.

“The improvement in house and unit prices this quarter suggests buyer confidence is returning, which should bode well for sellers as we move into spring,” he highlighted.

Aside from improvement of infrastructure, the population growth in Perth is also expected to influence its market’s full recovery.

The suburbs of Kwinana and ArmadaleArmadale, WA Armadale, VIC were among Australia’s highest population growth at 4.6 per cent and 3.3 per cent, respectively.

Affordable houses that essentially ‘pay for themselves’ are mostly available in WA locations between 25 to 32 kilometres from the city.

Brookdale, Hillman, Dayton, Armadale and Medina all have median prices of $300,000 or under—a good investment opportunity for investors willing to wait for the next market upswing.

Other suburbs are also gaining traction after recording declines over the past two years. Among those that had the strongest rebound are North Fremantle, Bicton, Nedland, Kallangaroo and West Leederville.

“Bicton came in second, with a 17.6 per cent median house price increase this year after declining 6.5 per cent last year, while Nedlands, Kallaroo and West Leederville saw house prices lift by 15.5 per cent, 14.6 per cent and 13.4 per cent respectively in the 12 months to June 2018.” 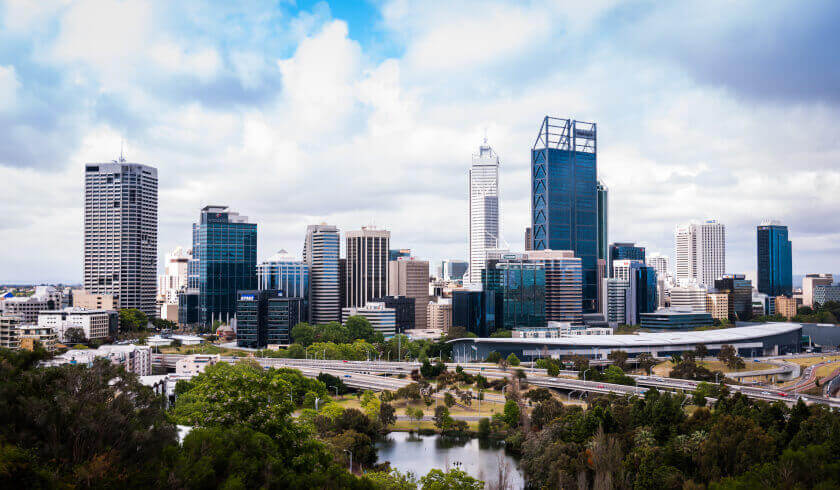 share the article
Investment stories: Learning to appreciate the financial side of property
Units set for long-term growth of over 50% in one capital city