Despite the softening of the property market in Melbourne, consumer confidence remains strong in Victoria’s capital city, inspired by a high demand for dwelling and a strong local economy. Is the positive sentiment well-placed or utterly misguided?

After experiencing a solid property boom in the past years, the markets of Sydney and Melbourne—once Australia’s largest and most lucrative—have entered the softening phase.

However, several investors are unfazed by the investment issues faced by the capital cities today, from lending to affordability. Some investors even believe that the current times present better wealth-creation opportunities compared to the previous year.

90 per cent of these investors are not concerned about the price declines in Sydney and Melbourne as they are unlikely to affect their short- to long-term investment plans. Additionally, a huge margin of investors remained in favour of metropolitan markets rather than regional markets.

While investment activity across the country are generally slowing down, New South Wales and Victoria make up the highest share of investor lending based on value, with investors consisting 49 per cent and 41 per cent of all lending in each state, respectively.

According to CoreLogic’s Cameron Kusher, the concentration of investment activity in these state doesn’t make much sense considering the low short- to medium-term prospects for capital gains and record-low rental yields. Regardless, recent data proves that investors are not moving out of Sydney and Melbourne any time soon.

In the week ending 23 September 2018, Melbourne recorded the largest decline in value at 0.2 per cent, along with Sydney and Adelaide. Of the five major capital cities, only Brisbane saw a rise in dwelling value.

“The quarter figures reflect reports of a changing dynamic in the market, particularly in the nation’s major cities,” Real Estate Institute of Australia’s Malcolm Gunning highlighted.

To date, the weighted average median price for capital city houses sit at $765,098.

Despite the consistent price declines in the past few months, Melbourne remains as one of the most expensive property markets in Australia.

In fact, house prices in the capital city have ballooned up to 93.5 per cent since 2009, just slightly lower than Sydney’s 105 per cent. Over the last 30 years, property prices have risen by approximately 600 per cent.

Due to the sky-high prices, over a third of Australians who purchased properties in the 1990s believe that they might not be able to afford their homes had it been put up in the market today, according to research by Mozo.

Mozo’s property expert Steve Jovcevski said: “A whopping 40 per cent of Australians purchased their home between 2011 and 2018, while a further 28 per cent purchased property between 2001 and 2010,” the expert said.

“This has resulted in an Australian housing market that leaves some feeling lucky they got in while they did, but also a large portion of Australians feeling like they missed their opportunity and are now essentially locked out of the property market,” he added.

Even if the Melbourne property market is undeniably cooling down at the moment, Mr Jovcecski believes that dwelling prices will not be dropping back to pre-property boom range any time soon due to the introduction of stricter lending criteria, stagnant wage growth and other economic and financial factors.

At the moment, it takes an average of 10.8 years to save for a deposit in Melbourne. Once the property is successfully bought, the share of income required for repayments sit at an average of 43.3 per cent while the rent-to-income ratio sit below the national average at 26.7 per cent.

Mortgage rates are also set to increase, with three out of the four big banks planning hikes on variable mortgage rates and smaller regional banks increasing rates over the past months to maintain profitability in the face of lower mortgage volumes.

According to CoreLogic’s Cameron Kusher: “At the beginning of spring, lenders offer enticing mortgage rates to the market to jostle for market share. By contrast this year, major lenders are announcing higher mortgage rates.”

“Overall, this move seems likely to lead to a continuation of the currently weak housing market conditions over the coming months and may weaken the market further,” he added.

In contrast with the relatively negative outlook on dwelling values and overall affordability, the level of supply and demand in Melbourne remain stable, keeping the capital city’s property market afloat.

While listings declined across capital cities, Melbourne stood as one of the best performers for houses in terms of average time on market at 33 days, preceded only by Canberra and Hobart with 27 days and 32 days, respectively.

Melbourne also emerged as a top performer for units with 31 days in the market, preceded by Hobart with 28 days and followed by Sydney with 41 days.

Luxury and entry-level developments are especially abundant in Melbourne, but a large part of middle-range, two-bedroom apartments have been missing in the capital city, according to Marshall White Projects’ Leonard Teplin.

Over the past few months, units priced between $600,000 and $1 million has been neglected, leaving a huge portion of buyers and investors out of the market, including couples and growing families.

Aside from affordable housing, the so-called ‘in-betweeners’ are also looking for apartments with at least two bedrooms, two bathrooms, a private outdoor space and an off-street parking.

Mr Teplin said: “Our buyers want a quality home that has been designed with the resident in mind. They’re looking for a second bedroom that is big enough to be a child’s room or guest bedroom, enough room for a couple to each park their cars and an open and considered floor plan.”

According to the developer, a number of residential buildings established over the past year only have two or three middle-range apartments in the mix.

“This reduction in quality supply is causing a surge in demand that isn’t being effectively catered for by new development. We are reminding developers there’s a whole raft of buyers with access to finance that fall in the middle of the price bracket — there’s definitely strong demand,” he highlighted.

Contrary to doom-and-gloom headlines about the current state of the Melbourne property market, the capital city remains a consistent property investment performer with constant growth and demand brought about by strong population growth.

As one of the fastest growing cities in Australia, Melbourne exceeds the average Australian population growth rate of 1.57 per cent. Overseas migration accounted for 64 per cent of the capital city’s growth.

According to independent investment research house SQM, Melbourne’s vacancy rates are currently at a five-year low of 1.9 per cent, a lot lower than the ‘balanced vacancy’ rate of three percent. The inner suburban ring, in particular, has been experiencing the advantages of low supply and high demand.

“The reduction in supply is the market’s reaction to increasingly stringent lending requirements, rising construction costs and foreign investment limitations restricting the feasibility of new development. This coupled with the sustained increase in demand and population will ensure Melbourne remains in a state of undersupply for some time,” says SQM managing director Louis Christopher.

While the looming rental shortages would be a concern for tenants, investors will surely be benefiting from the boost in demand and the consequent rise in rental yields.

Like Sydney and most of the other major capital cities, Melbourne continues to present wealth-creation opportunities despite significant declines in most parts of the property market.

Naturally, finding hotspots in softening markets would be more challenging than dealing with already-hot markets.

He said: “City-wide, there is typically insufficient data to generate a forecast that has a useful level of accuracy. Whereas, suburb house price risk levels are highly predictable with a lot of data, and with elevated levels of downside risk in house values.”

“Firstly, house prices are at levels that are not justifiable based on fundamentals such as household income. Secondly, household and investor debt levels are often excessive. Finally, there has been a very high presence of speculative investors in the housing market,” Dr Reeves explained further.

According to LocationScore’s Jeremy Sheppard: “Baxter houses are obviously an eagerly sought-after commodity. It’s a small suburb with limited stock and median house price of $534,000, making it a great choice for investors looking to narrow their research.”

“Best of all, it has lifestyle, with easy access to the Port Phillip Bay foreshore and excellent facilities in adjacent suburbs,” he added.

At the end of the day, there are always plenty of wealth-creation opportunities in Melbourne and other weakening property markets for smart investors who know where to look and what to look for.

"There are plenty of great deals available for the taking in a weaker property market if you can source finance and creatively add value to property deals," DG Institute's Dominique Grubisa said. 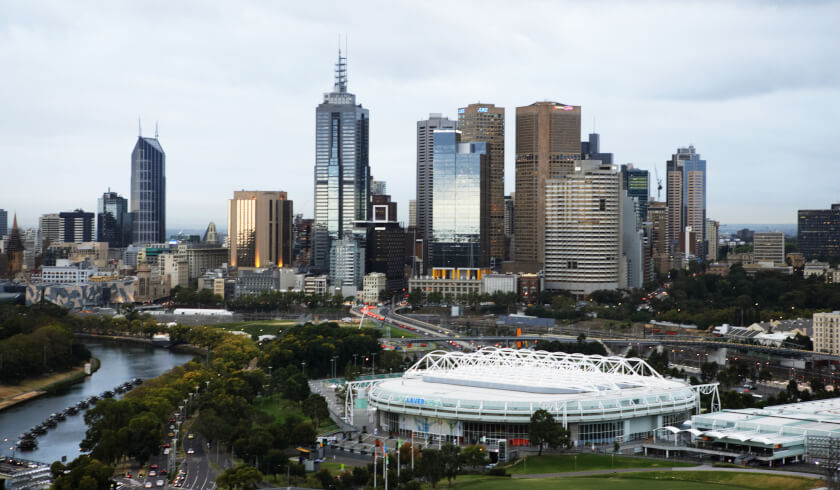 share the article
How have these popular hotspots performed?
Are satellite cities a good investment?