While the Melbourne property market has a long way to go for before making a full recovery, experts believe that it’s not all doom and gloom in Victoria’s capital city.

Since the end of the property, consumer confidence has been significantly low in the capital city markets, particularly Sydney and Melbourne, as prices drop and the level of supply and demand sees an imbalance.

However, some experts say that while the property cycle is at the softening phase, the business cycle is currently at the boom phase.

Both Sydney and Melbourne continue to be the strongest economies in Australia, boasting continuous growth in population, jobs, investment and infrastructure. Moreover, the household sector proved to be resilient amidst changes in the lending environment, with the vast majority of borrowers in healthy financial condition.

According to Right Property Group’s Victor Kumar, at this point in the property cycle, investors who have prepared for the worst-case scenario are more likely to thrive despite unpredictable market fluctuations.

“We’ve got used to [these] phenomenal gains within a couple of years and people are expecting it to continue happening, but it has to stop before it comes back and takes off again once the supply dries up—this is what people tend to forget,” Mr Kumar said.

Right now, as it’s not the best time to buy in the Melbourne property market, success to long-term investments and cash flow management.

Both Melbourne and Sydney are showing signs of improvement in affordability as the declining trend in home prices continues.

According to HIA economist Geordan Murray: “Affordability has been deteriorating over a number of decades and it will take many decades of concerned effort by governments at all levels to reduce the constraints and punitive taxes on housing that have led to the creation of the affordability challenge.”

During the last week of the month, Melbourne saw the second-highest fall in dwelling values at 0.2 per cent, following PerthPerth, TAS Perth, WA at 0.3 per cent. Sydney and Adelaide claimed the third and fourth spots, while Brisbane bucked the trend as it climbed by 0.1 per cent.

While the downward trend in dwelling values, caused mainly by rising mortgage rates and tighter credit conditions, may cause concern for investors, first-home buyers could see this as a welcome change, Domain senior research analyst Dr Nicola Powell said.

“Property prices across almost all capitals continue to fall. In many markets throughout Australia, gaining entry has become a greater possibility,” she highlighted.

Listings in Melbourne rose marginally at 2.7 per cent, along with Brisbane at 1.4 per cent and Darwin at 18.5 per cent. Meanwhile, Adelaide, Hobart, Sydney and Canberra saw falls in listings ranging from 0.2 per cent to 12.3 per cent.

As houses remained more popular than units across capital cities, Melbourne emerged as one of the best performers for houses in terms of average time on market with 35 days, preceded only by Canberra and Hobart with 28 days and 27 days, respectively. For units, Melbourne recorded an average of 36 days in the market, the second best record following Hobart’s 27 days.

As property prices fall, Sydney and Melbourne face oversupply in the housing market. In fact, over the last three years, both capital cities have been responsible for inflating the housing supply figures in Australia, according to Propertyology’s Simon Pressley.

“Melbourne’s building approval volume over the past 12 months. While it’s highly likely that many of these projects, especially high-rise apartments, will be put on the shelf for a few years, developers don’t lodge building applications for practice.”

Investors who are keen to invest in Victoria’s capital city today or in the future would do well to pay attention to the building approvals as it could help them identify suburbs that could underperform due to oversupply.

In Melbourne, some of the suburbs that face the threat of oversupply are Melbourne City, Boroondarra, Yarra, Glen Eira, Whitehorse, Casey, Cardinia, Maribyrnong, Darebin, Moreland and Hume, Mr Pressley said.

While rental prices continue to rise on an annual basis, the pace of rental growth in the capital city is less than half of the annual growth over the same period in 2017.

Dr Powell said: “Looking just at the September quarter, house rents remained flat in every capital city. While annually, growth has slowed relative to the year prior, primarily driven by stalling Sydney and Melbourne markets.”

Meanwhile, house gross rental yields improved to 3.13 per cent, but it remains the lowest across all of the Australian capital cities.

Unit gross rental yields, on the other hand, jumped by 0.8 per cent to 4.32 per cent, which is the highest quarterly growth of all Australian capital cities.

“Sydney and Melbourne continued to record the lowest gross rental yields for houses and units, although have begun to improve given the softer sales market.”

Despite lackluster records, the unprecedented influx of new residents from overseas and interstate is expected to place additional demand on the rental market.

Apart from demand for rental properties, demand for vacant land has also risen across capital cities, with Melbourne seeing the strongest price growth over the quarter.

Melbourne saw a rise of 26.5 per cent per square metre in median residential lot price

The higher prices of vacant land is believed to enhance the affordability issues faced by Melbourne and other major capital cities.

“With land prices continuing to climb and construction costs rising at a faster pace than inflation, the overall outcome for new detached housing is inevitably higher price points and increasingly stretched levels of affordability.”

Mr Murray agreed to the sentiments and highlighted that the Inadequate supply of affordable, shovel-ready residential land is one of the major impediments to housing affordability.

“The strong price pressures that capital city land markets are still experiencing indicates that the process of delivering new land supply and the requisite infrastructure for new housing is still too costly.”

Despite the softening state of the Melbourne property market, experts believe that opportunities remain for savvy investors.

As most people refrain get caught up in the doom-and-gloom headlines and refrain from active investing due to fear, smart investors can take advantage of the current environment to find the best investment property at a bargain.

According to Buyer’s Agent Institute’s Ben Handler: “It’s creating a lot of fear in people, and a lot of people are forgetting the fundamentals [and] that interest rates are the lowest they’ve ever been in the history of this country.”

“The opportunity is: what a great time to buy now while everyone’s running around so fearful, so there’s better buying opportunity now.”

“A year or two years ago, it was very difficult. It was a seller’s market, highly competitive, and everyone wanted to buy and there was a lot of urgency. Right now, it’s an exciting time right now for people who really love investing in property for themselves and they’ve got a wealth of knowledge.”

Ultimately, investors are advised to buy only what they can afford to keep in order to maintain good borrowing capacity amidst the tightening lending environment.

Most major markets in Australia may be up to a long, stormy path in the near future, but at the end of the day, these negative conditions are all part of a normal property market cycle, according to Real Estate Institute (REIA)’s Malcolm Gunning.

His advise to property investors: Hold properties for the long-term, manage your cash flow well and avoid getting swayed by doom-and-gloom headlines. It’s all business as usual.

“You get lucky when you hold real estate for a long time. Anyone who comes in and talks to us and says, ‘I want to make a quick hit and get out,’ we'll say, ‘Good luck.’”

“It's a cash flow game. Don't look at your prices every single day to see whether it's going up or down. Wait 10 years and then review your prices. You'll probably see it in a very different position.”

“In markets like this, the seller loses a bit of momentum, but the purchaser has all the momentum. Stay your course, know your numbers, and making sure that your cash flow position is fine. Don't get carried away. Property is still the biggest asset cloud in Australia,” Mr Gunning highlighted.

When looking for good investment suburbs, Property Investment Professionals of Australia (PIPA) chairman Peter Koulizos encourage investors to look for undervalued areas around prime hubs, where the strong demand and growth are likely to ‘ripple out’ from the expensive areas.

These suburbs are more affordable and enjoys the same amenities as their prime neighbours, and these are likely the areas where investors and home buyers would go to when prices in the prime suburbs become too high.

"Go and have a look, drive down the streets. Are the houses similar in the prime suburb as they are in the undervalued suburb? Are the streets similar? We're looking for wide, tree-lined streets—they're the key there. Then, make sure that you compare apples with apples. If you can tick those boxes, it should be alright.”

Across Melbourne, the suburbs of Footscray, West Footscray, Maidstone and Braybrook show the best potential for future growth.

Apart from affordability, these suburbs also benefit from gentrification, according to Mr Koulizos.

However, instead of investing in units, he advised investors to seek ‘old-style flats and units’ or small properties as investments instead. 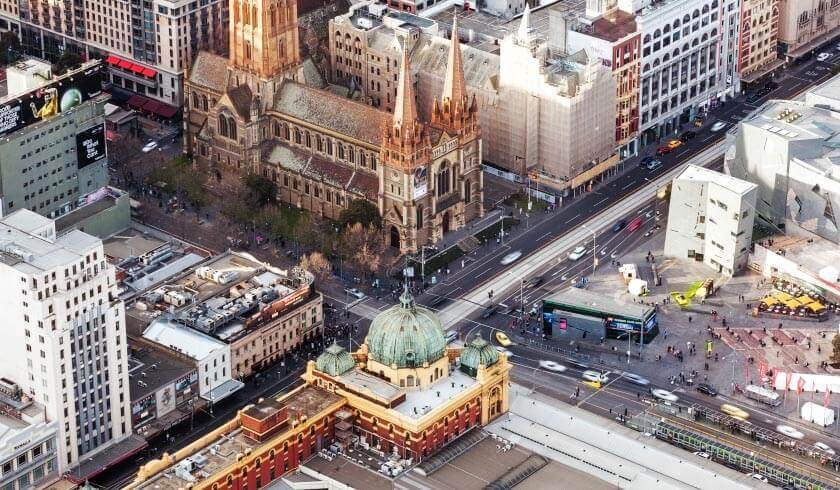