Can Australia sustain economic growth over the next decade?

While the Australian economy continues to thrive despite the softening of the real estate market, will the country be able to sustain long-term economic growth moving forward? 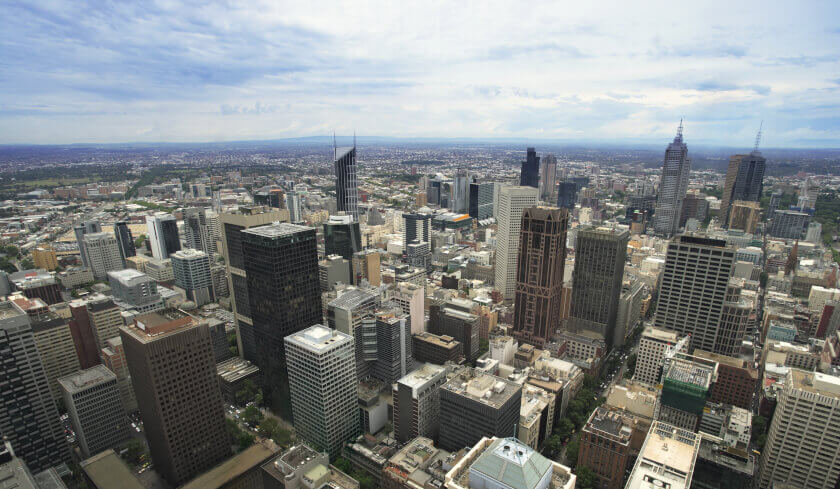 In nearly 30 years, the national economy has seen its best times, driven largely by multi-industry cyclical boom, such as the mining boom in Western Australia that began in 2003 and the property market boom that went on for over a decade.

However, several industries have started to cool down recently. Residential properties, in particular, has seen consistent price declines in the last 12 months, indicating a shift in the real estate market.

Financial institutions and governing bodies have intervened to alleviate the negative effects of the softening of the property market. In recent times, investment lending has had to be subject to tighter regulations in order to reverse affordability issues and control the level of supply across the market, particularly in capital cities.

Still, despite the changes occurring in the property market and other major industries across the country, experts strongly believe that the Australian economy is not doomed to crash anytime soon.

In fact, the country’s nearly 30 years of economic prosperity might just go on to become 40 years of continuous growth.

According to Housing Industry Association (HIA) principal economist Tim Reardon, the downturn experienced by the property market nowadays is cyclical, not structural. Simply speaking, the decline is a natural part of the market cycle—sooner or later, the real estate market will be making its way back up again.

“It is a cyclical downturn that has been well foreseen. The housing markets, like all others, go up and down. The mistake that every market investor in every market makes is to assume that the good years will go on forever.”

To achieve sustainable growth in the next decade, Mr Reardon said that Australia will have to ‘get some fundamentals fixed’.

In the 1980s, Australia was all about macroeconomic reform—floating the dollar and reducing tariffs, according to the principal economist. Come the 1990s, the country saw microeconomic reform, before experiencing budget repair in the 2000s.

Australia was then hit by the global financial crisis from 2007 to 2008, and while the period of extreme stress in the financial markets left marks on the national economy, the country was able to see it through.

“In that time, we had some fortuitous winds, such as China's resources boom from 2003, which lead to employment growth, which led to a population boom post-2007, which led to a housing boom that ultimately drove our economy for the next wave,” Mr Reardon highlighted.

Overall, the country was able to sustain nearly 30 years of stable, if not prosperous, economy.

As major markets see shifts in recent times, Australia is left with two important questions: What comes next? Will it be able to sustain the good standing of the national economy?

Most experts believe that the new key to Australia’s continuous prosperity is government spending on public infrastructure, which is largely evident in capital cities right now.

At the moment, one in 10 Australians is employed in the construction industry following the housing boom and the increased expenditure on infrastructure.

Construction of public infrastructure is expected to continue driving jobs growth in Sydney and Melbourne, as well as other major capital cities and their neighbouring regions, for the coming years. As a result, population will continue to grow significantly across the country, paving the way for increased demand for housing and other products and services.

However, investment on public infrastructure alone may not be enough to bring Australia to its 40th year of consistent economic growth.

According to Mr Reardon: “We're going to need a few fundamentals fixed. Post the GFC, the rest of the world played a game of attracting investment into their respective economies. The United States, for instance, is trying to attract investment to their tax plan. Criticisms aside, this tax plan is going to see Apple return $200 billion worth of investment that they're holding in offshore bank accounts back into the United States, which will be spent on creating jobs in Apple.”

“That's roughly the same as the Australian federal government—you can create an entire Australian government just from what Apple is bringing back. But Australia hasn't played that game for the past 10 years. We have not been attracting investment into the economy.”

“We've lost our manufacturing base. We’ve lost our automotive base. The exchange rate in 2012 burnt a lot of investors. We're not seeing large-scale investment partly due to the price of energy. The very little progress that we're going to see in the near future is going to be challenged in the internationally competitive process.”

At the end of day, the Australian economy remains largely dependent on coal and iron ore, the principal economist said.

Tourism has also assisted the growth of the economy, albeit at a lesser extent. The industry grows by six per cent annually, which is considerably substantial, but most of the growth is coming almost exclusively out of China. Still, Australia remains far from winning more than half of market.

“If you look at how many Chinese people are going on holidays outside of China, Australia is not attracting its fair share. We're winning less than half of that market. If you look then at our traditional tourism places like Cairns, there’s four per cent growth in tourism dollars. You’d think that’s positive but the national average is six per cent.”

Of the economic drivers in Australia, both minor and major, education and migration might just be the strongest pillars that hold the national economy up, according to Mr Reardon.

Overseas spending, coal and iron and education have been the major income earners in Australia for years.

From 2003 onwards, skilled migrants would come to Australia as students and stay as permanent residents, ultimately strengthening multiple facets of the economy. As it attracted skilled migrants from all over the world, Australia became the only developed country that had a strong employment growth shortly after the global financial crisis.

However, the introduction of new government policies that restricts the influx of skilled migrants resulted in the shrinking of migration as an economic pillar.

“Changes to visas that came into place in April of last year have started to see a restriction in skilled migrants. That's a structural change.”

Australia also faces stronger competitions in other global economies as they start to emulate the government policy that increased the levels of migration in the country dramatically.

“We've also seen a cyclical change—the United States, the United Kingdom and a number of European Union countries saw what Howard did migration and they’ve mirrored it. Every other country in the world is now competing with us to attract those students.”

“The U.S. is picking up [its] pace. It now has growing employment levels. So, over the years, we're going to face tougher competition for attracting skilled migrants and attracting investment in new manufacturing, mining and other industrial activities that will create employment bases in cities such as Sydney and Melbourne, which they need to be able to sustain economic downturns,” according to the principal economist.

As the real estate market continues to soften and the construction industry starts to see dips, there is a challenge for the federal government and the state governments to attract investment into other industrial businesses in order to sustain high levels of employment and, ultimately, continue the country’s economic growth.

“The government, both state and federal, has a big part to play in this, but we could hit 40 years of years of continuous economic growth. It could be done—absolutely,” Mr Reardon concluded.

Tune in to Tim Reardon's episode on The Smart Property Investment Show to know more about the impact of the changes in the real estate market to the national economy.

Read More
Can Australia sustain economic growth over the next decade?