‘Business as usual’ even in softening property markets, experts say

Despite doom-and-gloom headlines that warn against a looming crash in the property market, smart property investors are neither fearful nor concerned—it’s business as usual. Find out how they make the most out of the market, even in its softening state.

Following the end of the property boom, negative sentiment has been running rampant across the media, pushing most people to postpone their wealth-creation journey or avoid the real estate market altogether for fear of losing hard-earned money.

On the contrary, the good investors are ‘simply getting on with things’, according to Right Property Group’s Victor Kumar.

“We need to remember that this is part of the cycle. As we come to a peak, it does flatten out, but for those that have seen this before, or those who have invested over more than one property cycle—this is business as usual.”

“All you need to do is simply adjust your strategy to suit the current market phase that we've got. Realign what you’re buying and where you’re buying. To do that, you need to have first executed a strategy that is able to be adjusted along with these little anomalies in the markets and your own cash flow position.

“Those that, perhaps, have cornered themselves into a strategy where there is no flexibility might see some problems,” the property expert highlighted.

Ultimately, an active mindset is one of the simplest, most effective secrets to success in the wealth-creation venture.

'Look for the good'

As the major property markets of Australia go through the softening phase, smart investors continue to be actively involved in the growth of their portfolios, ensuring that they are able to maximise the potential of their existing assets and take advantage of the opportunities that present themselves over time.

Through it all, they maintain good risk management and substantial safety buffers—as usual.

The property expert encouraged investors to look for the good instead of focusing on the bad when dealing with the property market—a simple psychological strategy that got the most sophisticated investors through multiple market cycles.

“Those that have been around for a couple of cycles, this is their wealth vehicle, so they make sure to know everything about it. They are on top of their numbers and they're forecasting possible outcomes. Regardless of all the noise in the media, whether it be positive or negative, they still approach it in the same way.”

“That kind of portfolio is going to perform well over a number of years because it’s not dependent on a short-term fix,” Mr Waters highlighted.

In Sydney and Melbourne, both of which have just come off an unprecedented property boom, most people are hurrying to get out and move on as the capital cities consistently witness significant declines between five to 20 per cent, as well as affordability issues and the tightening of the lending environment.

However, smart investors will willingly see through the changes in these property markets, bearing in mind their long-term commitment to the wealth-creation venture.

According to Mr Kumar, investors must keep in mind the harm that could befall their portfolio if they view data through a narrow lens.

“When you say that the price has come back 20 per cent, we should not ignore the fact that it's actually gone up 75 per cent to begin with. We've lost 20 per cent, but if we haven't over-leveraged, this is really good because you now gained pretty much 50 per cent of what you've bought. Yes, you've given some back because it was 75 per cent initially, but you've also gained money."

"They say new home builds are down by 8 per cent since the beginning of this year. That's actually true, but looking at it from a holistic point of view, we have some 237 new builds this year, higher than last year’s 197. There's still a huge upswing, and over the last 18 years, it's the highest number of new builds that we've done.”

“There's a report, too, that said a house in Balmain that cost a million dollars was resold today for only $900,000. Therefore, markets are collapsing. Little did they know that over the last 10 years, property in Balmain has rocketed—100 per cent growth," the property expert said.

At the end of the day, the property market of Australia is indeed changing, but that does not mean that property has ceased to be a viable wealth-creation tool.

In the midst of a changing market, success comes down to being able to adjust and make decisions around the new landscape, keeping in mind the end goal that has inspired you to start the investment journey in the first place.

“Markets change, and in the years coming up, vendors will become a lot more negotiable because there's less buyers in the market. We can jump back in and be very selective on the properties that we buy so that we're buying based on today's fundamentals, not what used to work three years ago.”

“These contractions will eventually lead us back to normality or the averages, so to speak, and you would know that if you have gone through several market cycles. This is history repeating itself—just dressed differently,” Mr Kumar concluded.

Tune in to the October episode of Investing Insights with Right Property Group to find out more about how to address opportunities in the current market. 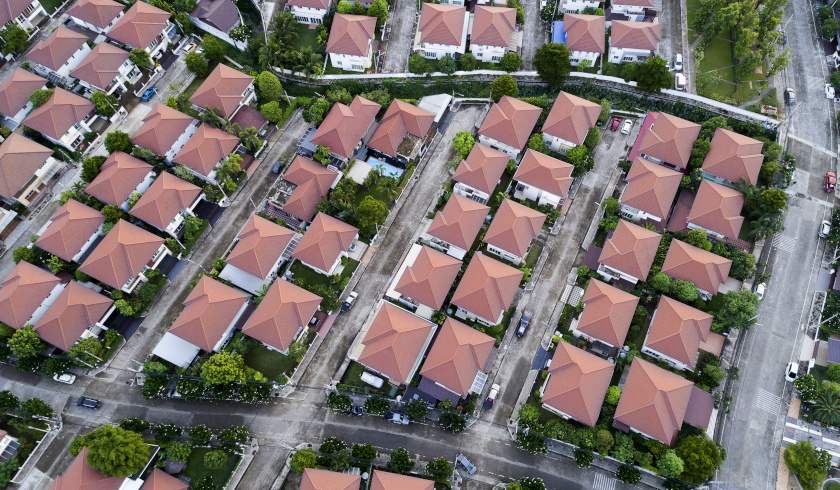