Following the softening of the Sydney and Melbourne property markets, Brisbane has been widely cited as the next hotspot. Will the Queensland capital truly outperform the bigger markets this 2019?

According to Universal Buyers Agents’ Darren Piper: “We’ve already seen several investors buying up in Brisbane while prices are low, especially given that prices interstate are still out of reach for many.”

“Interest rates are still very low and this year we will see a real steadying in the market following the 2017 unit peak.”

Mr Piper encourages investors to make purchases in Brisbane soon as a ‘significant shift in growth’ is expected by the end of March.

However, some experts argue that investors may not witness the stellar growth that they are expecting. At best, Brisbane could remain stable in the coming months.

Will 2019 actually be a good time for property investment in the Queensland capital?

Over the month, the median price in Brisbane dropped by 0.3 of a percentage point to $494,345, joining Sydney, Melbourne, Darwin, Perth and Hobart on the list of capital cities that experienced value decline in January.

CoreLogic’s Tim Lawless said: “Buyers are now in a position where they can negotiate harder, take their time in making a purchase decision and be selective in finding a home that is right for their budget and lifestyle.”

While Brisbane does not share the same softening conditions as Sydney and Melbourne, experts encourage investors to still practice caution when making investment decisions.

After all, like the rest of Australia, Brisbane is subject to the consequences of a tighter credit environment brought about by regulatory interventions and the recently-concluded banking royal commission.

“Greater Brisbane house price growth evaporated by the end of 2018, with prices ultimately flatlining over the quarter and year,” according to Domain’s Dr Nicola Powell.

“This provides further evidence that credit access is not only impacting Sydney and Melbourne, it is now having a marked effect on housing markets that would otherwise be growing.”

Dwelling approvals also declined in Queensland, as in a number of states in Australia.

According to data from the Australian Bureau of Statistics, Tasmania saw the largest decline in seasonally adjusted dwelling approvals, dropping by 24.3 per cent. NSW followed with a decline of 8.6 per cent, then Victoria with 8.1 per cent and Queensland with 5.8 per cent.

According to Housing Industry Association’s Tim Reardon, taxes on foreign investors, a current record supply of apartments, declining house prices and the ongoing credit tightening were among the factors that contributed to the overall decline.

Moving forward, approval slowdown is likely to result to a significant decline in building activity in the latter part of the year.

“HIA research has found that the time taken to gain approval for a loan to build a new home has blown out from around two weeks to more than two months.

New home sales also continued on its declining trend, according to data from the Housing Industry Association.

Following a steady decline throughout 2018, detached house sales across the country declined by 6.7 per cent over the month and were down by 14.9 per cent for the quarter compared to the past year.

Victoria saw a decline at 11.8 per cent, Queensland and Western Australia at 9.2 per cent and South Australia at 4 per cent. NSW  stands as the only state that bucked the trend, experiencing a rise of 10 per cent.

“The slowdown in sales that occurred throughout 2018 shows that the pipeline of new work coming though during 2019 is set to be considerably weaker than we’ve seen in recent years. Home building activity on the ground is set to decline as the year progresses.”

“It will be important to watch the trajectory of new home sales during the first half of 2019. This will give us a clear indication of how the contractionary phase of the home building cycle will play out in the second half of 2019 and into 2020,” according to Mr Murray.

Like new home sales, auction clearance rates across capital cities also softened over the quarter, despite a significant increase in overall auction activity.

During the past quarter, auction activity rose by over 25 per cent to 25,894 homes going to auction, up from 20,653 homes in the previous quarter.

Of the seven capital cities, only Tasmania’s clearance rates held steady at 50 per cent.

Still, some suburbs defied the declining trend, including Sydney’s Bellevue Hill with a rate of 80 per cent, Melbourne’s top performing suburb of WindsorWindsor, NSW Windsor, VIC Windsor, QLD Hill at 71.4 per cent, Canberra’s Griffith at 58.3 per cent, Adelaide’s Prospect at 57.6 per cent and Brisbane’s Ashgrove at 33.3 per cent.

While the capital city housing markets remained steady at best, the rental markets continue to rise up, highlighted by increasing rents and improving rental yields.

Rental conditions ultimately outperformed housing values, with rents rising up by 0.4 of a percentage point over the past 12 months to January 2019 and gross rental yields rising up to 4.01 per cent.

Brisbane saw rental rates rise by 0.2 of a percentage point to $432 per week, joining Perth, Hobart and Adelaide on the list of capital cities that experienced positive movements in the rental market this month.

However, Queensland’s capital city has also recorded a rise in vacancy rate, along with other capital cities except Hobart and Adelaide, which remained stable.

According to SQM Research, Darwin saw the largest vacancy rate during the month at 4.3 per cent. Following suit was Sydney with 3.6 per cent, Brisbane with 3.2 per cent, Melbourne with 2.2 per cent and Canberra with 1.3 per cent.

SQM Research’s Louis Christopher said: “If current vacancy rate levels continue to rise into February, Darwin, Sydney, Brisbane and Perth will be a tenant’s market in 2019.”

Even though Brisbane property market has remained stable despite the softening of Sydney and Melbourne, the Queensland capital is not exempt from the consequences of a tight credit environment.

While most experts believe that property financing are bound to get relatively easier in 2019 following the conclusion of the banking royal commission last year and the removal of the interest-only lending cap by the Australian Prudential Regulation Authority (APRA), the conservative lending practices may continue to pose challenges for home buyers.

With serviceability assessment focused on a greater scrutiny on living expenses, aspiring borrowers will have to be more disciplined in maintaining a budget in order to maintain good cash flow and ultimately establish a strong borrowing power.

Mortgage broker Ross LeQuesne said: “As a property investor, you need to stick to a budget and ensure your spending is in line with that budget because the banks are going to be looking at that. Your personal monthly balance sheet needs to look pretty good.”

“At the end of the day, we find that, for the average income earner, the ability for them to borrow money in this market is still as good as ever.”

Mr Le Quesne recommended keeping records and documentation from as far back as 12 to 18 months to back up all the claims about living expenses.

Between the federal elections and the results of the banking royal commission, the lending landscape is expected to see more changes in 2019.

As such, investors are also encouraged to engage property professionals, where appropriate, in order to understand market movements and ultimately make the most out of the Brisbane property market.

Mr Le Quesne said: “Quite often, like in anything, it’s not what you know, it’s who you know. It’s a changing market now that, often, it’s better to have a buyer’s agent because you need to have a read on the market and a true understanding of how it might fluctuate.”

Suburbanite’s Anna Porter said that Brisbane’s growth is expected to be slow this year, spurred largely by a large amount of new infrastructure to be built across the capital city, as well as the improving demand and relative affordability of real estate.

“We’re talking Brisbane metro, within 25 minutes of the CBD. There’s projects coming, such as the Herston Quarter and the Queen’s Wharf. Most of these are three- to five-year plans so it’s going to be a slower burn.”

Areas that are far from the flood zone and around 25 minutes from the central business district are likely to make the most out of the upward movements in the Brisbane property market.

Moreover, free-standing houses are also cited as a good investment as the unit market is currently oversupplied.

“It’s almost as simple as baking a cake, that one, but you’ve got to be able to understand how to look for the properties that are outside of flood zones because flood-prone areas can give you lending issues and insurance issues,” Ms Porter highlighted.

Meanwhile, the National Australia Bank identified Brisbane, Coolangatta, Gold Coast and SunshineSunshine, NSW Sunshine, VIC Coast as the Queensland suburbs that are likely to enjoy above average growth in 2019.

Cairns, Mackay, Rockhampton, Townsville and Toowoomba are also expected to see high levels of growth as they currently have the best fundamentals across the real estate market of Queensland, according to Propertyology’s Simon Pressley. 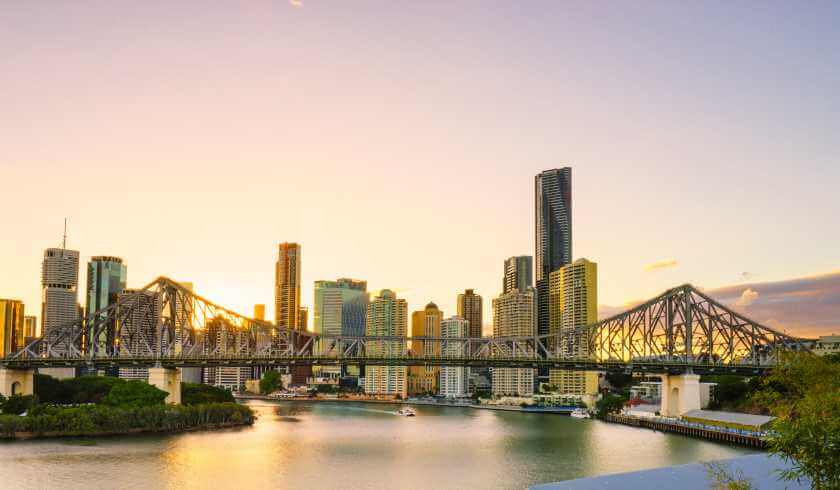 share the article
Property market update: Melbourne, January 2019
Investment tip: 2019 is not a year to be aggressive, says mortgage broker