While Brisbane has yet to see the property boom previously experienced by Sydney and Melbourne, experts said that some suburbs have been performing spectacularly. Find out how investors can capitalise on the Brisbane property market this 2019.

As the property markets of Sydney and Melbourne continue to decline, the stability in Brisbane comes as a welcome change for investors. investors start to flock into Brisbane hoping that the Queensland capital will follow in the footsteps of the two major markets.

Is it really a good time to buy properties in Brisbane right now?

According to Brisbane-based buyer’s agent Melinda Jennison, it depends largely on what the investor wants to buy.

The apartment and unit markets are generally thriving, with some softening expected through the year.

For example, in the apartment market, we are still seeing some of the oversupply being absorbed, which is good news moving forward. We do have a steady increase in population growth which is driven by both overseas migration and interstate migration, so we certainly haven't seen the slump that was predicted.”

“However, we see some softening continuing in the unit market, perhaps for the next six to 12 months, and then we’ll see that steady out and increase into the future. Even the large research groups such as ABS have predicted slumps for 2019 but improvements in the years that follow.”

On the other hand, the house-and-land market has been fairly flat, with a few good performers across regions.

“In the single house and land market, we certainly don’t see the same. It’s been fairly flat across Brisbane if you’re looking at median values, but there’s certainly been pockets within Brisbane that are outperforming. The latest CoreLogic data in January actually showed Brisbane had four of the top 10 sub-regions.”

“These are markets with properties worth sub-$500,000, so it's showing good promise,” Ms Jennison highlighted.

One of these top-performing regions in Brisbane is Moreton Bay, particularly the northern and southern sides, according to the buyer’s agent.

In fact, Moreton Bay has been deemed as one of the highest-growing shires across Australia, spurred largely by the high level of infrastructure spending across the area.

“There’s a new university being built at Petrie, for example. It’s a priority development area that’s been declared by the state government, and there’s a lot more infrastructure going in,” according to the buyer’s agent.

“A lot of the land has also recently been rezoned for higher density development. Further, there’s obviously different exit strategies that the investor can implement, particularly if they’re buying a site that has potential for future development.”

As South East Queensland benefit from the increasing level of interstate migration and population growth, Moreton Bay has secured a strong housing demand despite the increasing values of property across the region.

The new campus of the University of SunshineSunshine, NSW Sunshine, VIC Coast in Moreton is expected to improve the housing market conditions across The Mill at Moreton Bay, the new destination with the University at its core, and, ultimately, the entire Moreton Bay region.

Stage 1 of the campus, which be located adjacent to the Petrie railway station, is set to be completed in time for the first semester of 2020.

Ms Jennison said: “A lot of the area (The Mill at Moreton Bay) is actually flood-impacted land, so I guess it wasn't ever earmarked for development, but the way they've developed the university around the non-flood impacted parts of the site, there's a lot of ecological land that has been saved because it's the squalor habitats that was associated with the sites.”

“With clever design, they’ve been able to design the University between Galangal and Petrie, and I think there’s going to be an exit from Dohles Rocks Road in Galangal—it flows through that whole area.”

At the end of the day, identifying a good investment area comes down to supply and demand, population and jobs growth as well good infrastructure, according to the buyer’s agent.

“In property investment, it comes down to supply and demand, but on top of that, it also comes down to having locations where people can secure good jobs, high-paying jobs.”

“We feel that Moreton Bay will gentrify quite quickly with young university students moving in, so we’ll see the types of accommodation gradually change over time to suit their preferences. There’s lots of opportunities within the area and the region as a whole because of this gentrification,” Ms Jennison highlighted.

Apart from noting the level of supply and demand as well as the existing and upcoming infrastructure, the buyer’s agent also encouraged investors to research any possible rezoning around the area as the zoning of land can significantly affect the investability of their properties.

In Moreton Bay, for instance, a lot of land throughout the major transport corridors have been rezoned around three years ago, meaning, the local council decided that the land be put to a different use.

“Where there existed single homes on single blocks of land, council rezoned that land for a higher and better use. It allows that land to be used for something more than just a single dwelling. It might just be a house at the moment, but in the future, it may be able to carry the capacity for 10 homes or units,” Ms Jennison explained.

Local councils often rezone land to help them plan for future growth, thus, rezoning usually happens around growth corridors or areas where the population and infrastructure spending has been rapidly increasing.

“Rezoning land allows developers to move in and build sufficient housing to accommodate the new demand that’s coming into the market.”

Whether the investor buys a property prior to rezoning to enjoy yield and some capital growth or they buy a block of land for multiple units after the rezoning for long-term growth as well as their exit strategies will be largely dependent on the investor’s personal goals, timelines and financial capabilities, according to Ms Jennison.

Tune in to Melinda Jennison's episode on The Smart Property Investment Show to know more about the future of the Brisbane property market in 2019. 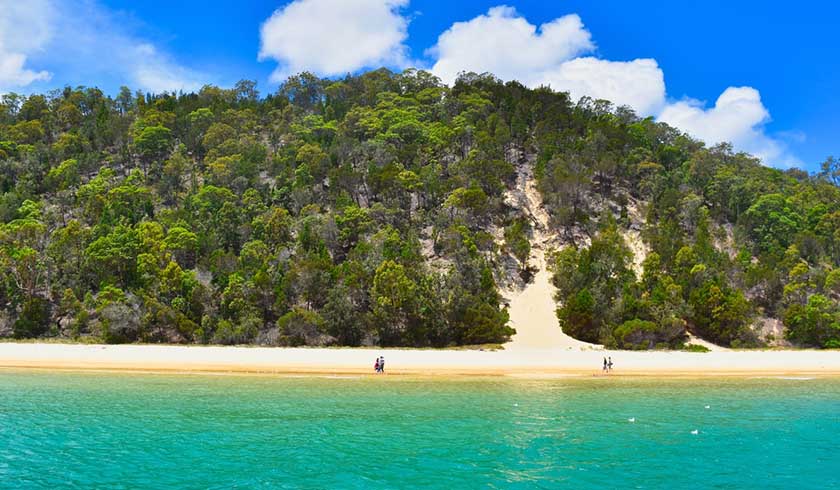