Even as it courses through the softening phase of its current property market cycle, Melbourne continues to offer wealth-creation opportunities to investors. Find out how to mitigate risks and ultimately capitalise on the Victorian capital today.

The consistent rise in population and, thus, housing demand, brought by interstate migration allows the capital city to remain above water despite the general decline in its property market.

According to Mr Reardon: “Detached houses are holding on particularly strongly for much longer that what we would have expected, and it’s because [of] that population growth remains up at 2.2 per cent,” Mr Reardon said.

“Our forecast there for detached, Victoria is coming off a little, but still relatively strong.”

While Melbourne has already declined by 9.6 per cent from its peak in November 2017, close to its largest downturn of 10 per cent between 1989 to 1992, experts believe that the decline is set to ease through this year and next.

The final week of March saw Melbourne’s dwelling values declining by 0.2 of a percentage point — the largest decline of all capital cities, followed by Sydney and Brisbane. Meanwhile, Perth and Adelaide saw no value changes.

Over the year, Melbourne, along with Sydney and Perth, recorded the largest decline at 9.8 per cent, 10.9 percent and 7.7 per cent, respectively.

“The desirability won’t be only for more space, but also where the potential for future subdivision may exist.”

Truly, despite the substantial drop in activity, land prices are falling at a much slower pace and housing prices.

“Melbourne land prices on a rate per square metre basis are substantially higher than a year ago compared with a 9.1 per cent drop in dwelling values over the past year. The resilience of land prices relative to the wider market likely reflects the scarcity value of well-located vacant land in these cities.” CoreLogic’s Tim Lawless highlighted.

Moving forward, if the cash rate declines this year, experts expect property values across capital cities to decrease even further.

Houses and units in Melbourne, Brisbane, Perth and Adelaide are also expected to see declines, ranging from $48,947 for Melbourne houses to $7,345 for Adelaide units.

Of the major capital cities, only Hobart is expected to see prices rise for both houses and units.

“Right now, there’s no need to jump on the first property you like. Use this time to save for your upfront costs. Look for value before you plunk down your deposit. Buying at the right time could potentially save you tens of thousands,” according to Finder’s Graham Cooke.

While houses remained popular than units, the average time on market for both houses and units fluctuated across the major capital cities.

For houses, Hobart recorded the quickest time at 35 days while Perth recording the longest wait at 90 days, followed by Brisbane at 71 days and then Darwin at 51 days. For units, Hobart still got the top spot at 29 days, while Perth, Brisbane and Darwin were the slowest with the former at 110 and the latter two at 76 days.

The latest federal budget confirmed a key infrastructure project in Melbourne – a fast rail network between Melbourne and Geelong, connecting areas over 70 kilometres apart. If it proceeds as planned, the project is expected to positively impact the suburbs surrounding the new transport network.

Over the course of the next 20 years, the government is expected to spend $2 billion on the infrastructure project, along with increasing train patronage and easing congestion on the Princes Highway and West Gate Bridge.

Once completed, the rail network is expected to slash travel times by half, allowing commuters to complete a 70 kilometre-journey in as fast as 32 minutes.

According to deputy Prime Minister and minister for infrastructure, transport and regional development Michael McCormack: “This ... [will] take the pressure off our big cities like Melbourne and make our regional cities like Geelong even more attractive places to live and work.”

“As our population grows, fast rail networks are crucial to easing the congestion pressures in our cities and shaping Australia’s future.”

Moreover, the project is also expected to create more jobs across the capital city and ultimately ‘unlock the potential of other regions’.

“Investments like these can only be made because our plan for a stronger economy is working.”

Other fast rail business cases set to be carried out in Melbourne over the next few years are Melbourne to Greater Shepparton; Melbourne to Albury Wodonga; and Melbourne to Traralgon.

The state of Victoria, meanwhile, will benefit from several projects worth over $6.2 billion, including:

Further, the government said that they will be able to deliver these infrastructure projects alongside a return to surplus.

Apart from infrastructure spending, other policies that may impact property investors after the federal elections are One Nation, Sustainable Australia, The Small Business Party, The Liberal Democratic Party and Keep Sydney Open.

While Melbourne is truly still at the softening phase of its market cycle, experts believe that opportunities to create wealth remain in the Victorian capital.

Finance broker and investor Aaron Christie-David said: “What we’re saying to them is, ‘Be very selective about the opportunities that you’re taking on or shortlisting,’ but yes, there will definitely be opportunities coming up in the next one to two years, I believe.”

Before deciding to buy or sell properties, investors are advised to reassess their strategies and work out how they can maximise opportunities should they present themselves in the near future.

Among the most important factors to consider are finances, especially considering the tighter credit environment nowadays, as well as the current and possible changes in the property market such as the shift in property values, the regulatory interventions on finance and the implications of the banking royal commission and the upcoming federal elections.

According to Mr Christie-David: “Maybe you can lose expensive liabilities like a car lease, for example, or cut off credit cards and tighten up living expenses. These are really good money habits to be having.”

“The smart investors also go, ‘How do we get our house in order?’ So, they might get a line of credit organised, for example, because that’s probably one thing that’s going to start tightening up. The banks are not going to let you actually release the equity as well. Overlaying that is the fact that we’re seeing some softer valuations.”

“Right now, it’s all about making sure that you’ve got two or three backup options so you’re not stressing out if opportunities come up,” he highlighted.

At the end of the day, the property professional reminded investors to avoid panic and focus on crafting long-term strategies.

Like any other property markets that have declined before them, Sydney and Melbourne will eventually recover as they are supported by strong population growth and interstate migration and, ultimately, booming local economies.

Keshab Chartered Accountants’ Munzurul Khan said that, even as Melbourne goes through a softening phase, opportunities remain in the ‘traditional investment suburbs’ like Ballarat, Bendigo, Melton and Frankston.

According to Real Estate Institute of Victoria (REIV) president Robyn Waters: “The REIV analysis showed that the biggest price differential could be found between houses in Heidelberg and Eaglemont, which are just one stop apart on the Hurstbridge train line,” Ms Waters said.

“Canny buyers can also look one stop further down the Glen Waverley line, from Malvern East, serviced by Holmesglen Station, to Mount Waverley, serviced by Jordanville station, and save around $545,000.

“Similarly, spending a few minutes extra on the train commute between HawthornHawthorn, VIC Hawthorn, SA, serviced by Glenferrie station, and Hawthorn East, serviced by AuburnAuburn, SA Auburn, NSW station, on the Alamein Line could nab savings of around $487,500.”

Among the suburbs to look out for, according to REIV, include: 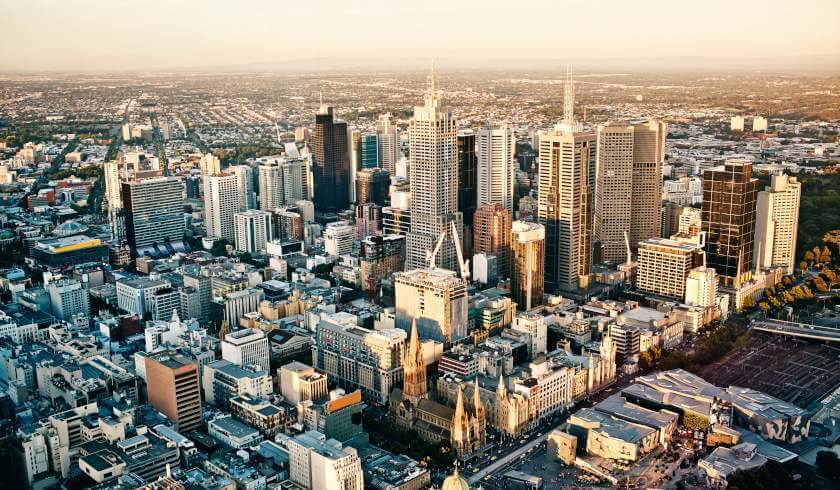