2019 will be remembered as an interesting year for Australian real estate – and the period from May to July might prove the most consequential.

There are a swirl of factors circling the property sector at present. Looked at in isolation, they can seem minor in terms of a macro-economic influence. But take them all in at once and it’s obvious why now is a prime time to prepare for a bright future in Aussie markets.

As at the time of writing, the federal Liberal-National Coalition had just been re-elected to govern for the next four years.

It was a surprising, counterintuitive result for many pollsters. While commentators will give their thoughts in the coming weeks and months on why the Labor Party failed so spectacularly to take power, there’s little doubt a perceived attack on the wealth plans of everyday Aussies played its part.

The lesson is for politicians to not underestimate the voting strength of those looking to take responsibility for their own financial future.

But I want to expand beyond just an analysis of the election result, because when it comes to property markets, politics is only one plank in the raft.

The deficits that matter

There are other measures worth looking at in today’s economic climate, and I think a big one for property operators is building approvals.

What we’re dealing with at present is a construction freefall, particularly in our country’s biggest market – Sydney. In that city, the numbers have dropped off the side of a cliff from their peak of 2016-17 – a 23 per cent retraction in fact. This means a slowdown in supply is underway.

“All well and good!” I hear some wait-and-see buyers say… but what they’re failing to remember is the other side of the equation. What’s not stopping in Australia’s big city is population growth – so demand will continue to strengthen.

This is an interesting dynamic for one primary reason – the balance between construction supply and buyer demand is impossible to adjust quickly, and they rarely stay in equilibrium for long.

When developers are building housing, they can’t just turn the tap on and off in response to market forces. It’s more like turning the Titanic – but with even less precision.

I’d say the lead time from starting a project to having approved, saleable off-the-plan stock is a minimum of 18 months – and then there’s another 12 to 18 months of actual building to be completed. And that’s if you are a pretty quick developer.

So, if population growth means demand is still there, why the slowdown in sales and approvals?

The answer is finance.

In the current banking environment, securing finance has become tricky... and that isn’t just for mum-and-dad buyers. Developers are also having difficulty sourcing loans too, so projects are being mothballed, or sites sold off.

Mark my words – what goes around comes around. In the next few years, supply will reach low levels all while demand will continue to rise.

The outcome is that those who can buy now are set to enjoy an upside in yields, and then growth – because less stock also means less available rentals, which results in rising rents.

The current tight financial environment will help amplify results for today’s investor. The reason buyers aren’t buying right now has nothing to do with a falling desire to purchase.

Think about it. Lending regulatory changes have created an unusual situation. It’s not that people don’t want to buy, it’s that they can’t because they’re unable to secure finance.

There’s no lack of want – there’s just a lack of ability. This is taking a huge number of potential purchasers out of the market.

For smart investors with access to funds, this is creating a “deficit of opportunity”.

If we go back to the end of the GFC, interest rates were somewhere between 6 and 7 per cent. Today they sit at about 4.5 per cent. So, the ability to hold the property is actually better today than it was at the end of the GFC. Once the brakes are taken off investors finance – as they eventually will – expect that pent pool of purchasers to come on strong.

Make the most of now

So, here’s my tip – there are some great markets for growth across the Australian landscape – including Sydney. These markets are providing ample opportunity right now to secure your future. If you have the means, perhaps you should act.

Think long, look for the deficits and plant seeds so you can reap the long-term reward.

Steve is the director of Right Property Group where he acts as a professional negotiator, property strategist and licenced real estate agent. He has successfully negotiated more than 2,000 transactions from one-bedroom units to multi-level apartment blocks and renovated over 85 properties adding massive value and also substantially increasing rental yields. 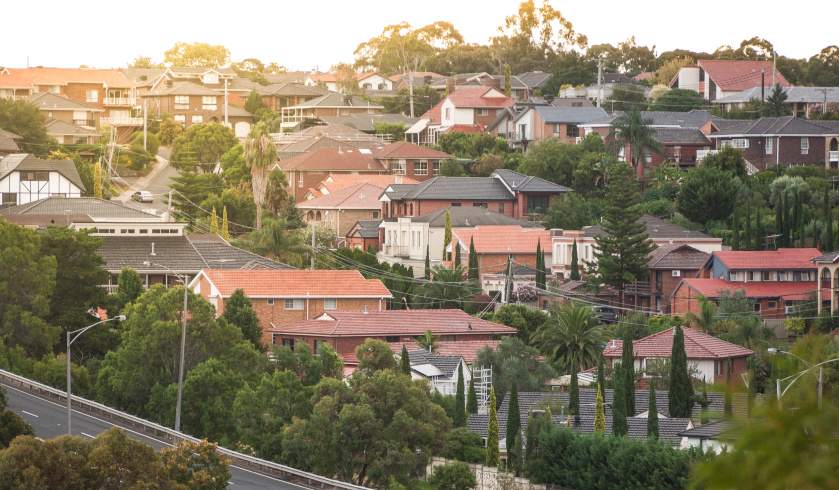 Last Updated: 04 July 2019 Published: 21 May 2019
share the article
Investor stories: How properties in Sydney, Melbourne and Tasmania are performing today
Investing overseas for the first time: How this investor will do it