The Perth property market continues on its path to correction – witnessing a rise in confidence levels as investors seek to capitalise on an improving economy and a rise of activity in the resource sector. How will property investors in the WA capital fare moving forward? 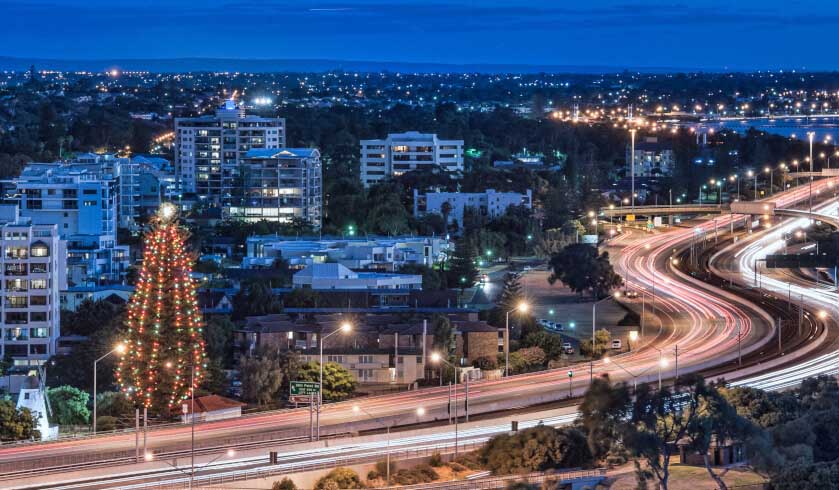 According to the Australian Residential Property Update 2019 report by Momentum Wealth, PerthPerth, TAS Perth, WA’s real estate market has already bottomed out following years of decline that it has experienced as a result of the end of the mining boom.

Now on its way to recovery, the region, particularly its capital Perth, displays green shoots of wealth-creation opportunities, especially across its rental market, where landlords enjoyed an annual increase of 4.4 per cent on rental rates over the last year and yields above the combined capital city average of 3.8 per cent.

Confidence levels have also risen by 32 per cent from March 2017 to present day as a result of an improving economy and a rise of activity in the resource sector.

“This presents an interesting outlook for WA in the quarters ahead as growing levels of consumer confidence begin to ﬂow through to the wider market,” the report noted.

Southern Western Australia in particular has been identified as “undergoing a better-than-expected improvement in their local economies” in the 22nd edition of the State of the Regions 2019-20: Population, productivity and purchasing power from the National Economics for the Australian Local Government Association.

The success of the region, which was labeled as a “sustained recovery”, was mainly due to good seasons and overflow from Perth.

National dwelling values were down overall during the month of June, according to Corelogic’s latest home value index.

Across the capital cities, the combined figure declined by 0.1 of a percentage point.

Meanwhile, weekly rents across the country have improved, according to the CoreLogic Quarterly Rental Review for the June quarter of 2019, increasing by 0.3 per cent to a median rent of $438 per week and a yield of 4.1 per cent.

Data shows that this quarter’s rent growth was slower than last quarter’s 1 per cent but is on the same level with the same quarter last year.

On the other hand, Canberra, Sydney and Darwin saw declines ranging from 0.3 per cent to 0.9 per cent.

In terms of yield, Darwin holds the highest yields of all capital cities at 6 per cent, followed by Hobart with 5.2 per cent, then Canberra with 4.8 per cent, Brisbane with 4.6 per cent, Adelaide with 4.5 per cent, Perth with 4.3 per cent, Melbourne with 3.7 per cent and Sydney with 3.5 per cent.

CoreLogic’s Cameron Kusher said: “The past year has seen a change of direction for both the Brisbane and Perth rental markets – following a number of years of declines, rents are now climbing again.”

As in property values, new listing volumes were also down in most capital cities.

Hobart was the capital city with the fastest time on market for houses at 35 days, followed by Melbourne at 43 days and Sydney at 45 days, while Darwin, Perth and Brisbane had the slowest time on market at 90 days, 86 days and 73 days, respectively.

For units, Hobart was the fastest at 41 days, while Perth, Darwin and Brisbane were the slowest at 87 days for both Perth and Darwin and 76 days for Brisbane.

National rental vacancy rate also declined over the month, falling 0.1 of a percentage to 2.2 per cent, according to data from SQM Research.

According to SQM Research’s managing director, Louis Christopher, Brisbane and Perth were the standout capital cities in recent times.

“I think the rental market is decidedly turning in favour for landlords in these two cities. Both cities also recorded fairly strong increases in asking rents for the month. Indeed, Perth is now recording a 6 per cent rise in asking rents for houses over the past 12 months.

“With no expected material increase in new dwellings, I believe the rental market will continue to tighten from here for the two cities,” Mr Christopher said.

With properties still affordable as the market makes it way towards recovery, experts believe that it could be worth an investor’s time to enter the Perth property market right now.

According to Glenn “Goose” McGrath of Dashdot, the affordability in Perth may not last long anymore as green shoots of growth start to show up, giving no signs of stopping any time soon.

“[There’s] a lot of exciting data impressing around that area and some really progressive capital development plans that are going to decentralise Perth and make major economic hubs not dissimilar from Geelong and Parramatta ideas in Victoria/NSW, so that’s looking pretty exciting.”

“We’re expecting it from the end of the year onwards is when we’ll really start to see a lot more activity there. It is still slow, it still is early days and we are only looking at very limited suburbs over there as lot of the areas are still in rebound.

“For a lot of people, that’s going to be possibly a little bit too risky, so we consider that to be for more ambitious and more experienced investors,” he said.

According to him: “We’ve seen the market come off by tremendous amounts in those areas, so even if there was a rebound form of five years ago, we’re going to see huge uplift over the coming years.”

“The best projects that we see there are the small development projects, so the yields are not necessarily in the right place, but the right opportunity to get great sites that are under value that can hold their own in terms of yields, that’ll have great future development potential.”

If investors want to find optimal properties that have that future development potential, Mr McGrath recommended looking for properties priced between $450,000 and $600,000.

Several suburbs on the west coast are among the most affordable in Australia, with some currently recording over 9 per cent yields, according to mortgage broker Robert Perks of Fifth Avenue Finance Group.

Coolbellup, with a median price of $430,000, offers yields up to 4.11 per cent along with capital growth prospects.

“What I like about Coolbellup is it’s got a really nice age population, the 24 to 49 age bracket is nearly 60 per cent. They’re working class, young families, and then retiring couples with that opportunity to downsize, so that’s one that jumps off the page at me,” Mr Perks said.

Bunbury, with a median price of $455,000, also offers solid rental yields at 5.02 per cent. Even properties selling at the $355,000-mark get solid yields due to the increasing demand brought by the “miniature expansion” in the construction, power and services industries.

Further, Port Hedland, with a median price of $230,000 and an estimated 80 per cent of properties rented instead of owned, has yield potential of up to 9.04 per cent.

According to Mr Perks: “It’s quite a transient population, but it’s mainly based on the mining and mining services and the public sector demand for rentals, so you get really good corporate tenants. In the last 12 months, there were 47 sales at $230,000 a piece, but an average rental of $400 a week. That’s a very common number up there.”

While Western Australia’s economy has yet to be as strong as other regions, Mr Perks said that as soon as the construction industry improves, investors may see competition return.

“WA’s in a particularly soft economy. We might be getting... GST revenues from mining at the moment, right? But the construction industry here is on its knees, and with the royal commission, the banks not lending money, property hasn’t been selling, and the gap between someone being able to sell their property, they’ve had to drop their prices dramatically to get out, because there’s not a normal market.”

“When construction takes off, then money starts to filter straight into the economy immediately… That money gets relieved off when you think of the economy quickly, and then people buy a house and you’ve got a competing market. At the moment, that market doesn’t exist,” according to him.

For investors seeking growth, the Real Estate Institute of Western Australia (REIWA) found Greenfields to be the number one location where investors can find a rental yield and capital growth well above the Greater Perth average.

Greenfields boasts infrastructure, shopping centres, schools, a golf course and other amenities, which attracts tenants looking for a good community to live in.

“We’re also seeing modest growth in rents, which is very positive… As that supply of rental properties continues to be absorbed, we may start to see some pressure on demand, and then it’ll be interesting how that plays out in the rental markets. Certainly positive news for investors.”