Experts say that Perth, along with Brisbane and Adelaide, is just at the right stage of the property cycle, having achieved a balance between supply and affordability. How can property investors maximise opportunities in the Western Australian capital? 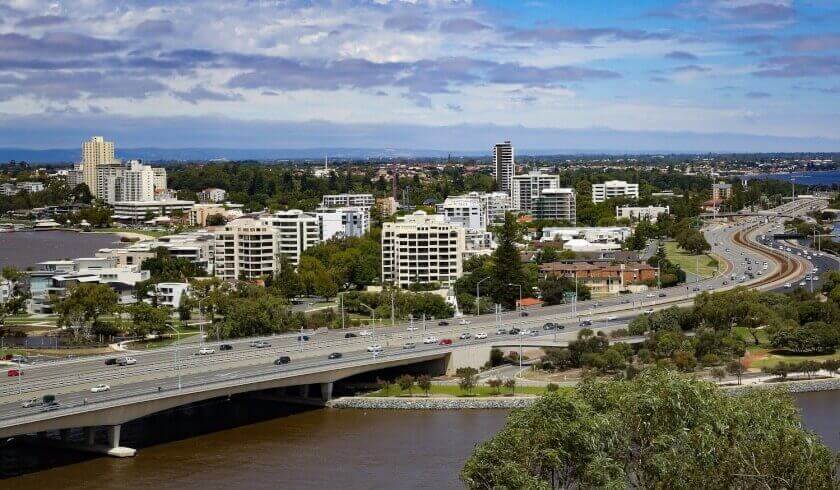 New research by Propertyology determined that, while the fundamentals of Hobart and Canberra continue to be the best of the capital cities, PerthPerth, TAS Perth, WA, Brisbane and Adelaide are all at the right stage of the property cycle, having balanced supply and affordability.

Simply put, these capital cities are likely to experience growth moving forward, albeit not spectacular.

CoreLogic’s Tim Lawless said: “Our expectation has been that this recovery would be a slow and steady one; however, with housing credit restrictions easing and mortgage rates likely to reduce further, this rebound could potentially turn into a ‘V-shaped’ recovery.”

In contrast, Sydney and Melbourne may see an easing on decline as credit supply improves and interest rate is reduced, but record housing supply volumes and affordability constraints will curtail price growth for years to come, according to Propertyology.

“At the outset, it appears that a rapid recovery would confirm that low interest rates and a loosening in credit policy is reigniting some market exuberance, despite housing affordability remaining a significant challenge, rising unemployment, low wages growth and near record-high levels of household debt,” Mr Lawless added.

“If the strong rises in values continue over coming months, we would not be surprised to see a new round of macro-prudential policies introduced in order to keep debt levels in check and encourage spending in other areas of the economy.”

CoreLogic’s latest Hedonic Home Value Index reported a 0.8 per cent rise in national home values over the month of August – the first monthly rise since April 2017.

The improvement in home values was driven by a 1 per cent increase in prices across Australia’s combined capital cities, slightly offset by a 0.1 decline across combined regional locations, the report said.

Across capital cities, Sydney and Melbourne recorded home value increases for the third consecutive month in a row, with increases of 1.6 per cent and 1.4 per cent, respectively.

Commenting on the upward movement, Mr Lawless said that “the significant lift in values over the month aligns with a consistent increase in auction clearance rates and a deeper pool of buyers at a time when the volume of stock advertised for sale remains low.”

According to him, buyer demand and confidence are likely to be responding to the positive effect of a stable federal government, “as well [as] lower interest rates, tax cuts and a subtle easing in credit policy.”

Consistently one of the most affordable capital city markets, Perth recorded only 10.0 per cent of houses selling for $1 million or more over the year, down from 10.6 per cent in 2017/18

Meanwhile, only 4.1 per cent of units achieved $1 million over the same period, an increase from the 3.9 per cent figure of the previous year.

Similarly, Perth has displayed an 8.8 per cent drop in property value over the same period, and has simultaneously seen a 14.5 per cent decrease in new listings available.

In the last week of August, auction clearance rates were reported at 73.6 per cent nationwide, up from 55 per cent in the same week last year.

As Sydney and Melbourne saw increases in auction clearance rates over the months when compared to data from the past year and Brisbane and Adelaide saw decreases, Perth and Tasmania saw no change in auction activity.

Meanwhile, CoreLogic’s Property Market Indicator Summary for the week ending 25 August 2019 found that median length of time houses and units are sitting on the market is significantly higher. Similarly, vendor discounts have become commonplace across all capital cities.

The median length of time houses and units that are sitting on the market was also revealed to be significantly upwards of a month across all capital cities.

Out of all the capital cities considered in the analysis, Perth houses and units spend the longest median time on market.

The median amount of time for a house to reach settlement in the Western Australia capital is 99 days. On average, vendors are required to drop their prices by approximately 8.8 per cent.

Units, on the other hand, spend a median 106 days on the market, and see an average discount of 9.9 per cent on the original listing price to reach settlement.

Across Australia, property owners are holding on to their homes for longer, according to CoreLogic.

On average, the past 12 months indicated that houses are currently held for 11.3 years on average, while units are held for 9.6 years. The results represent an increase of 3.8 years for houses and 2.9 years for units over the past 10 years.

CoreLogic’s Cameron Kusher said: “The data suggests that homeowners are much more reluctant to sell their property than they were a decade ago, which is also highlighted by the ongoing decline in sales transactions.”

“Other factors at play include the rising cost of selling and purchasing property combined with affordability constraints across some of Australia’s more expensive capital cities contribute to owners holding onto their properties longer.

“It’s expected that this trend will continue over the coming years, given such concerns aren’t likely to see much improvement in the near future.”

Melbourne houses recorded the longest period of ownership, with buyers holding on to their homes for 12.5 years on average, followed by Sydney at 12.4 years, Brisbane at 11.3 years, Perth at 11 years, and Hobart and Canberra, both at 10.9 years.

Adelaide and Darwin houses saw the shortest period of ownership, with buyers holding on to their homes for 10.1 years and 9.2 years, respectively.

In terms of unit ownership, Perth took out the top spot, with buyers in the Western Australia capital hanging on them for 10.8 years on average. This was followed by Brisbane at 9.8 years, then Sydney, Adelaide and Hobart at 9.6 years, Darwin at 9.5 years, Melbourne at 9.3 years, and Canberra at 8.7 years.

Like most property market, Perth currently sees its infrastructure investment failing to keep up with its significant growth, according to Property Council of Australia CEO Ken Morrison.

Australia’s population is forecast to grow by 24 per cent to over 31 million by 2034, and more than three-quarters of this will be focused on the big four cities.

“Australia’s big cities are not experiencing a one-off growth spurt. They’re being shaped by economic trends that have turned them into increasingly powerful people magnets,” he said.

If governments and other stakeholders don’t commit to investing in these cities, Mr Morrison believes that both the quality of life and economic productivity and competitiveness of Australia as a nation will suffer.

“From the inner city to the urban fringe, we need the infrastructure to power the economy and support high liveability cities… because if our big cities fail, the country fails,” according to Mr Morrison.

“Infrastructure investment is vital, but it needs to be accompanied by good planning and strong governance to provide the right outcomes.”