Should you invest in a regional town? Should you invest in a regional town?

Capital city markets have been the go-to locations for most property investors, but for some experts, regional markets could be just as lucrative. How can investors find good regional locations for their wealth-creation venture?

Contrary to popular belief, investing in capital cities does not always guarantee good returns, according to Propertyology’s Simon Pressley.

In fact, in some cases, buying properties in capital city markets only ensures that the investor pays a more expensive premium.

“Throughout Australia, there's 30 to 40 really strong regional cities that really perform the role of a mini-capital city,” the buyer’s agent explained.

“These are obviously not your one-industry towns, which is probably the perception when a lot of people hear the word ‘region’—they’re automatically picturing a dust bowl or a mining town… But that’s only representative of a really, really small segment of the swath of Australia’s towns and cities.”

Similar to when investing in capital city markets, those who are willing to explore opportunities in regional Australia should look for areas with a diverse economy – those with multiple industries that could drive growth into the market for the long term, Mr Pressley said.

Investors must also look for good-quality infrastructure, which will appeal to the greater community. These include good public transport system and accessibility, as well as proximity to schools, healthcare institutions, shopping centres and other relevant amenities.

By ensuring “mass appeal”, the investor is likely to avoid extended vacancy on their property, which could negatively impact their earning potential.

He said: “It’s not relevant to us whether Simon Pressley or Phil Tarrant has lived there, would want to live there, because we’re not buying to live in anyway, and we’ve all got our own subjective taste. What’s important is to appeal to the masses.”

“So if someone did want to live there, or did get transferred there with work, what’s going to keep them there? What’s going to make an enjoyable lifestyle? We want good-quality retail facilities. They need good-quality healthcare. As children go from primary school to high school and they choose a career path, can they do tertiary studies there? Or have they got no choice other than to relocate to a bigger city? That’s what we call a central infrastructure,” he said.

“It (also) needs to be accessible to other really big cities. We’re a fast-moving world now… There’s a lot of regional centres throughout Australia that are expanding airports, different airlines are flying direct to locations.”

When investing in regional markets, Mr Pressley advised investors to “view each area through the eyes of an economic profile”.

One of the most important economic factors to consider is the long-term potential for jobs growth, which will ultimately impact the level of supply and demand in the area, thus influencing the movements of the property market.

Some of the questions they need to ask prior to purchasing an investment property are:

Investors must also be critical about the affordability of housing in regional Australia.

While properties in regional markets could be significantly cheaper than properties in capital city markets, investors are still strongly advised to do their due diligence in order to ensure that they are not overcapitalising.

According to Mr Pressley: “How affordable is housing is something that, to us, is a non-negotiable. Our buyer’s agents have never spent a dollar more than $500,000 on an investment property ever, and we’ve bought hundreds of them.”

“Clearly the rental yields are better because the housing is more affordable.”

Finally, investors are advised to be critical about the supply pipeline in the area and its surrounding suburbs, instead of only focusing on the vacancy rate, the buyer’s agent said.

“You could have a location that today has got a fairly low vacancy rate, but unbeknownst to the DIY property investor, there could be hundreds or thousands of new dwellings that have just been approved within a short period of time by the local government that are going to hit the market in the next couple of years. Then you quickly go into an oversupply situation,” he said.

Similar to capital city markets, regional Australia also poses risks to property investors, particularly those who are investing in the area for the first time.

For one, there will be a lot of information to take in, according to Mr Pressley.

“There is a lot of information there… so it’s really about synthesising what information you need to worry about and think about in order to make that decision,” he said.

In order to avoid making costly mistakes, investors are advised to engage property professionals, who can help them understand the ins and outs of the regional markets and ultimately make the best decisions for the growth of their portfolio.

Having a buyer’s agent in the team, for instance, can help them determine which properties are priced fairly, well located and able to perform well even through market turbulence.

Mr Pressley said: “Buyer’s agents benefit from the ongoing daily research that they do – they pick individual towns and cities for our clients.”

“They're buying properties every day, so there’s a lot of skills and different tactics that you use, firstly, to find that one property. And then, secondly, when you’ve found an asset that ticks all the boxes that we’re looking for, there’s all sorts of things that they do to explore an opportunity in regard to getting the lowest possible price for that property.

“There’s a lot of skills they’ve acquired over many, many years… They’ve got relationships, in some cases, that will count, so they might get preferential treatment from the Ray Whites of the world who are selling a property.”

At the end of the day, Mr Pressley said that while exploring less popular areas for investment could benefit investors, it is important that they remain vigilant when making decisions about their portfolio – regardless of where they want to buy their property.

“We’re big fans of regional Australia, but that doesn’t mean that every region is a safe investment. We can say the same about capital cities as well,” he concluded.

“Every capital city has had periods of decline before, and will again in the future… Investors need to take the blinkers off (because) Australia’s a really, really big country and there’s lots of gold to be found in certain parts of regional Australia.”

Read More
Should you invest in a regional town? 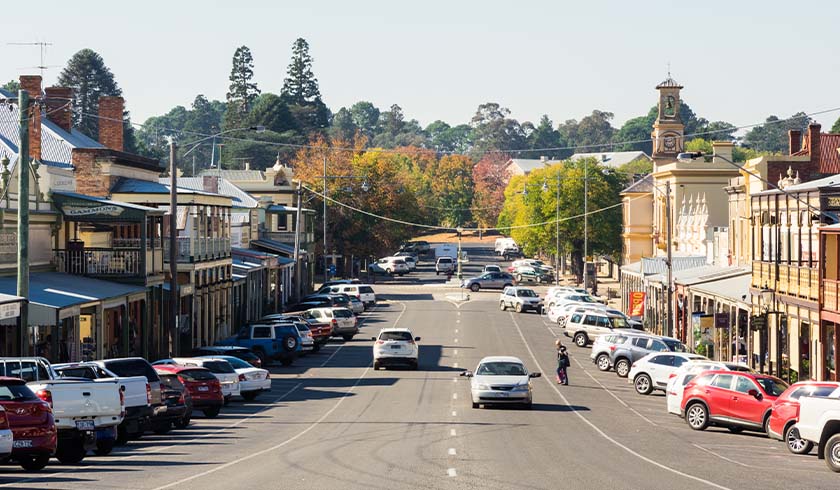