Of all the capital cities, Perth has experienced the greatest improvement in housing affordability over the year. How can investors maximise opportunities in the Western Australian capital?

The latest Housing Affordability Index by HIA revealed that all of the eight capital cities saw improved affordability over the past 12 months.

PerthPerth, TAS Perth, WA experienced the greatest improvement at 15.3 per cent, followed by Darwin with 13.5 per cent, Sydney with 11.9 per cent, Melbourne with 11.6 per cent, Brisbane with 7.0 per cent, Adelaide with 4.9 per cent, Hobart with 3.3 per cent and Canberra with 1.4 per cent.

“The cuts to interest rates have more than offset the rise in home prices to ensure an ongoing improvement in housing affordability,” said Tim Reardon, HIA’s chief economist.

As Australia is still a nation of people that inspires to own a home, the demand for affordable housing is high across the country, particularly in capital cities.

Perth’s affordability gives it an edge over other capital cities, but Right Property Group’s Steve Waters warned investors that the Western Australian capital might be best suited for the more sophisticated buyers.

According to Mr Waters: “It’s being talked up by many commentators, but the fact remains you need to be very smart when sourcing a purchase. They’re certainly available, but are definitely rare.”

“Every state in the nation has opportunities in some way, shape or form. It’s just about drilling down and locating those excellent property assets that best fit your investor needs, resources and risk profile.”

Moving forward, there could be limited opportunities for housing affordability to improve further, Mr Reardon said.

“With little opportunity for interest rates to be reduced further, improvements in affordability will require the right economic conditions with a strong volume of new homes, low interest rates and supportive policy settings from state and federal governments.”

While national values are experiencing an upswing as a result of falling interest rates and relaxed lending standards, Perth remains firmly a buyer’s market, according to the findings of Domain’s latest House Price Report.

Domain’s senior research analyst Dr Nicola Powell said: “There are several indicators that point to improved conditions across the housing market, and the Western Australian economy more broadly. New house construction is below the long-run average, and new development has settled to its long-run level.”

October figures marked the fourth consecutive month of growth for national dwelling values, which has a confirmed 1.2 per cent rise from September to October.

The October result was also the largest month-on-month gain in the national index since May 2015 and follows the 8.4 per cent decline noted between October 2017 and June 2019. Home values are at a similar level now to where they were three years ago, still 5.7 per cent below peak.

As the strongest growth conditions continue to be centered in Sydney and Melbourne, Perth stood as the only capital city to see a value decline over the month.

Based on a rolling three-month change, the Western Australian capital saw values fall by 1.7 per cent.

On the bright side, Propertyology’s Simon Pressley said that, Greater Perth’s median detached house prices still grew by 19 per cent over the last decade.

While buyer demand improves nationwide, stock levels were down 12 per cent compared with last year, and 17 per cent below the decade average.

Additionally, total advertised stock levels are 11 per cent lower relative to last year and tracking at the lowest level since 2010.

According to CoreLogic’s head of research Tim Lawless, stock levels have not been this low since the global financial crisis.

“Despite the improved selling environment, new stock additions remain low for this time of the year, which is likely a reflection of ongoing uncertainty and low confidence.”

“Buying and selling a home requires a high degree of commitment, which becomes much harder when there are doubts around household finances or job prospects,” he said.

“Such a small pool of available stock against rising buyer demand is creating some competitive pressure among buyers, which is adding to urgency in the market and supporting upwards pressure on values.”

Rents have fallen across five of the eight capital cities in the three months ending October 2019, with the largest decline recorded in Darwin and Sydney at 1 per cent and 0.7 per cent declines, respectively.

The only capital cities where rents were up over the rolling quarter were Brisbane (0.2 per cent) and Adelaide (0.3 per cent).

Mr Lawless attributed these softer rental conditions to several factors, including an abundance of supply, a significant increase in dwelling construction and a larger than normal number of renters who choose to transition to first home buyers, ultimately curbing rental demand as a result.

Rental yields have also taken a hit, with gross rental yields across the combined capitals falling to 3.65 per cent – the lowest gross yield since November last year.

These results indicated a 1.4 per cent increase in house rents and unchanged figures in unit rents.

According to Domain: “These figures point to a tighter Perth rental market. While this is not good news for renters, it may be a sign of a broader turnaround in the Perth property market.”

“Stronger population growth, combined with a slowdown in new housing construction, is seeing vacant properties being slowly absorbed. The Western Australian economy is also rebounding, driven by improving conditions in the mining sector.”

In terms of units, Sydney and Melbourne are both experiencing an “oversupply of available property relative to demand”. 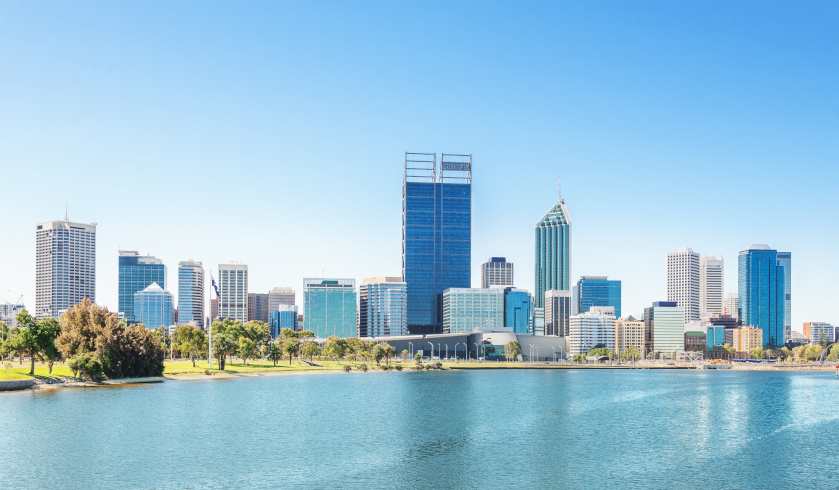