A property expert has taken his pick in a premiership of sorts, highlighting the town or city in each state where he predicts will see the greatest improvements in property value. A blog post from Propertyology’s Simon Pressley has seen him divulge on what he forecasts will be the big winners in property value for 2020, but also notes that property prices don’t exist in a vacuum.

Improvements to property values across Australia do not “occur by accident or because it’s the next party’s turn”.

“Good results will only come if relevant stakeholders (first) have put in a considerable amount of good work to lay the foundations for strong performance,” he added.

Here are his top picks and his reasons for predicting them across each of Australia’s six states:

Capital growth for the year ending October 2019: 4.3 per cent

Despite this, the local economy is steady and a Deakin University renewable energy hub has just received federal funding.

Rents increased by 8.8 per cent over the last 12 months, while the number of listed properties for sale has fallen 27 per cent.

With vendor discounting activity also very low, Mr Pressley said these are all signs of pressure building within the local market.

Capital growth for the year ending October 2019: 1.2 per cent

Mr Pressley highlighted the upcoming October 2020 state election as having a “significant bearing on how Queensland property markets perform over the next three to five years”.

Despite this, Cairns has a very strong economy, and Mr Pressley has noted how residents from other parts of the country are being drawn to the location “for its fantastic lifestyle and to support a jobs boom that commenced a couple of years ago”.

Transport infrastructure is also set to expand in 2020, inclusive of airport work, seaport upgrades and major highway projects, while a world-class convention centre should also begin construction in May.

With new luxury hotels and tourism expansion combined with low supply of new housing, a tight rental market, low interest rates and a low median house price, the expert said “it shouldn’t be too difficult for people to conclude that’s an incredibly healthy property market outlook”.

Mr Pressley even commented how “Propertyology is bewildered that Cairns hasn’t produced much price growth before now – fundamentals are too strong for it not to occur in 2020”.

Capital growth for the year ending October 2019: 1.4 per cent

A lifestyle location and local tourism hotspot, Mr Pressley has flagged how new federal and state government investment, the approval of a new hotel and opening of a new shopping centre are all indicative of the town’s potential.

While the market has been flat for a number of years, he pointed out that household rents did increase by 9.5 per cent last year while sale supply dropped 19 per cent.

Mr Pressley concluded that he foresees more potential for a sub $400,000 investment budget in Victor Harbour than in Adelaide.

Capital growth for the year ending October 2019: 1.9 per cent

As a municipality making up Greater-Hobart, it makes the list of Australia’s best-performing property market for the last three to five years.

Mr Pressley has noted that buyer activity again accelerated towards the end of 2019, with vendor discounting quite low and strong rental yields are still rising.

Property prices in PerthPerth, TAS Perth, WA’s inner-west Nedlands municipality are lower today than they were 10 years ago.

While not expecting Perth’s property market “to set the world on fire any time soon”, he did express confidence that 2020 will produce the first year of growth for some years.

And while Nedlands was one of Perth’s worst-performing municipalities in 2019, Mr Pressley considered several metrics as “suggesting improvement in the back half of the year”.

Forbes has a population of just 10,000, but it hasn’t stopped the town from recording a 5.3 per cent average annual growth in median house prices over the last 20 years.

Tourism, agriculture and gold mining are key industries, according to Mr Pressley – who expects to see improvement to the local economy off the back of the $10 billion Inland Rail Project.

And while noting that Forbes property market did produce a 6.3 per cent decline to October 2019, he highlighted that sales volumes and rents had again accelerated by the year’s end. 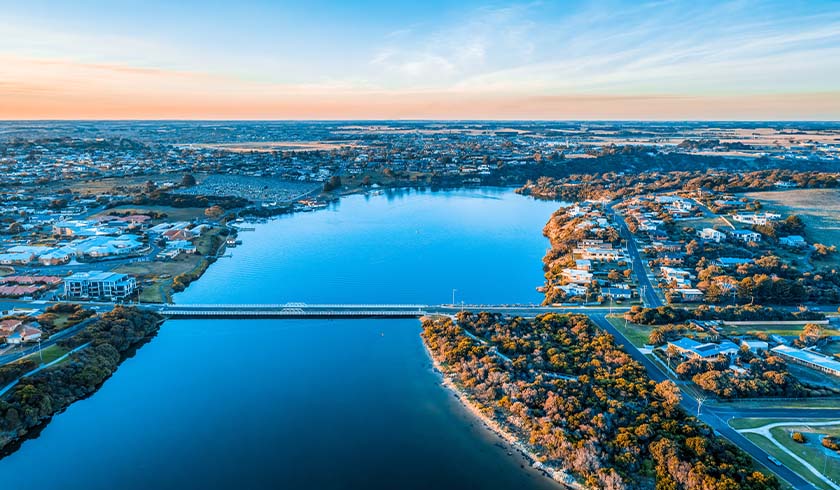