The correlation between state and territory economies and local property values cannot be underestimated, so what economic headwinds (and tailwinds) should investors expect in 2020? A new business outlook from Deloitte Access Economics has highlighted some of the factors that can be expected to have an impact on property values over the coming year.

On a number of fronts, 2019 was a tough year for Australia’s economy overall amidst a national slowdown, which had flow-on effects across every state and territory.

It has led the report’s lead author, Chris Richardson, to weigh in on what consumers and investors across all states and territories can expect economy-wise over the next 12 months.

The most populous state “started 2019 on a downer, and 2020 looks like hard yards too, but lower interest rates are a bigger driver of this state than any other, and NSW is still pedal to the metal on the infrastructure front”, Mr Richardson said.

That combination should see the state through a downturn in apartment building and the toughest retail conditions in many years, he continued.

In addition, Mr Richardson said the state’s huge recovery in housing prices is “keeping a floor under the state’s economy”, even if this is at the cost of pricing Sydney out of a chunk of its future growth as a city.

Victoria’s “having greater success in fighting off the national slowdown than other states”, Mr Richardson has observed.

“Yes, Victoria’s economy has slowed as consumers grew cautious, housing construction stumbled, and even the infrastructure spend struggled to grow,” he conceded.

“But remarkable population gains have put a poor under the economy’s growth.”

Export earnings have a lot to be thanked for in the sunshine state, which Mr Richardson commented had “papered over some of the cracks” in Queensland’s economy left by falling housing and engineering construction activity.

On the other hand, the expert said the state’s “people power” is a good news story, while key drivers are pointing out an eventual turnaround in housing construction and business investment.

However, he’s still optimistic, noting that “there’s plenty of positives in the pipeline”.

“That’s why the current tightness in the state’s economy should ease – albeit gradually, and only a little – through the course of 2020 and 2021,” he added.

The largest state has had to juggle two downturns recently, Mr Richardson highlighted.

While elevated global uncertainty and iron ore pricing both remain as risk factors heading into 2020, the expert indicated that the state’s outlook is “one of slow improvement in economic growth”.

The smallest state “has had a beautiful run, and it hasn’t finished yet”.

But Mr Richardson said some fundamentals do remain fragile, and investors can expect “a gradual return to regular transmission following what has been an exceptionally good run”.

As a result, it could be headed back slowly to where it usually sits – a little below national growth rates.

Mr Richardson professed that the Northern Territory’s economy “had a shocker last financial year” – where exports rose but everything else fell in the backwash of the Ichthys project.

Looking ahead, the partner indicated that “the negatives from that are already past”, with a modest refund in the offing that will be aided by the lower Australian dollar, “and great longer-term potential”.

According to Mr Richardson, “Canberra is defying the national downturn, continuing the drive which has seen it record its largest ever share of the national economy.”

“Job growth is healthy, and lower interest rates are loosening the noose on family budgets,” he outlined.

Read More
The impact of the economy on housing: State-by-state 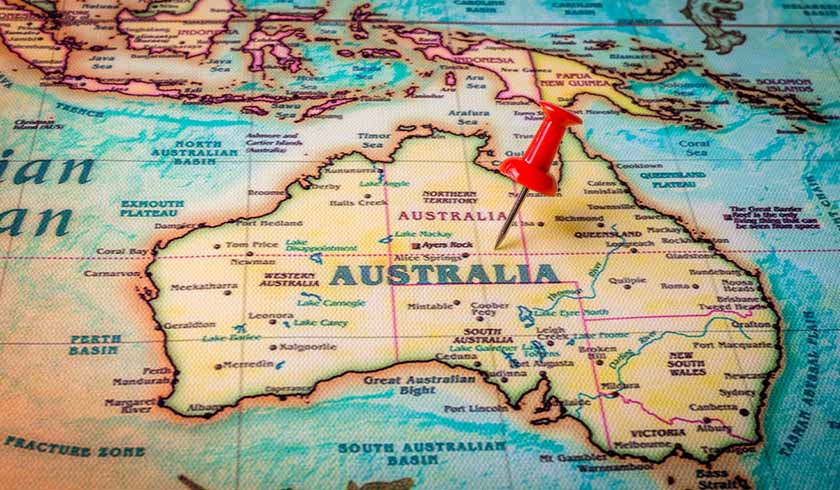