No longer just a public service bubble, Canberra has seen an increase in private sector activity in recent years, bringing with it a raft of new investment opportunities.

From myths such as the market being too small to be scaled and the territory’s capability as being purely Commonwealth-focussed, here are seven of the main misconceptions Mr Monteliabano has cleared up:

1. Canberra’s office market is too small for investors to build scale

On the contrary, scale is available given the size and historical sales volume of the city’s office market according to Mr Monteliabano.

The director cited PCA reports which place the Canberra market as the third-largest office market in Australia with a footing of approximately 2.3 million square metres.

A number of national investors have achieved scale in Canberra through acquisitions, while local developers including Molonglo Group, DOMA Group and Morris Property Group have also been able to build up sizeable portfolios.

2. Canberra’s office market has no room for rental growth

According to the director, effective rental growth has returned to the Canberra market over the last three years after a previous lull due to macro-economic factors.

He cited figures of 7.1 per cent and 6.6 per cent growth over the last three years and 12 months ending June 2019 respectively.

This “significantly exceeded inflation with the CPI growing by 1.9 per cent and 1.6 per cent over the same time periods”.

3. The only tenant group that matters is the Commonwealth of Australia

While the Commonwealth does play an important role in the local property market, the private sector has grown “significantly” over the last five years.

Mr Monteliabano indicated that “presently over 60 per cent of employed persons in the ACT work in the private sector” while approximately 54 per cent of all commercial Canberra leases are with corporate tenants.

“The market’s office tenancy profile is evolving and becoming more diversified with an increasing role for the private sector,” the director outlined.

4. Canberra is only for passive investors

This misconception was once true of Canberra, Mr Monteliabano said, given the long-WALE tenancies.

But more recently, the city has seen “the successful implementation of value-add strategies which we expect to continue”, as evidenced by a number of extensive refurbishments.

The director said he expects similar acquisition opportunities to arise in 2020 of buildings with some vacancy that can be targeted for value-add strategies – particularly within the CBD’s eastern area.

5. Canberra is a 6 per cent-plus cap rate office market

CBD and town centre locations around Canberra have provided new precedents in recent years for A-Grade office properties trading below a 6 per cent capitalisation rate.

While a majority have been seen in the CBD, Mr Monteliabano said that he expects “certain long-WALE properties in the town centres to sell in 2020 at sub-6 per cent cap rates”.

Such sales will be “reflective of the tenancy profile and lease term, security of income, age and quality of building”.

6. Infrastructure is insignificant compared to NSW and Victorian markets

The total infrastructure investment slated in the ACT for the four years to financial year 2022-23 is estimated to be $3.3 billion, according to the director.

While this pales in comparison to headline infrastructure investment figures for NSW and Victoria (sitting at $93 billion and $38.4 billion respectively), Mr Monteliabano did advise that the figures must be taken in the context of population.

“On the basis of infrastructure investment per capita, the ACT performs well with roughly $1,900 per capita per annum, as compared to NSW and Victoria at approximately $2,900 and $2,100 respectively,” he said.

With road and urban transport initiatives taking the bulk of the ACT’s investment, the director added that investments in light rail, upgrades to hospitals and new schools “should continue to support government and private sector expansion which in turn supports the fundamentals of the local property market”.

7. Canberra’s leasehold property market means it should be priced differently to freehold markets

The ACT leasehold system does mean that all commercial, residential, rural and community title land is owned and leased by the Commonwealth and managed by the ACT government for typical lease terms of 99 years.

Leases are “typically renewed” and there is precedent for renewal to occur 25 to 40 years before the end of the term.

And with rental payments and renewal costs being considered by the director as “nominal”, Mr Monteliabano outlined that land ownership in the ACT “effectively behaves like a ‘perpetual leasehold’ structure, more similar to freehold land”.

“Hence, there is no argument for a different pricing treatment,” he said. 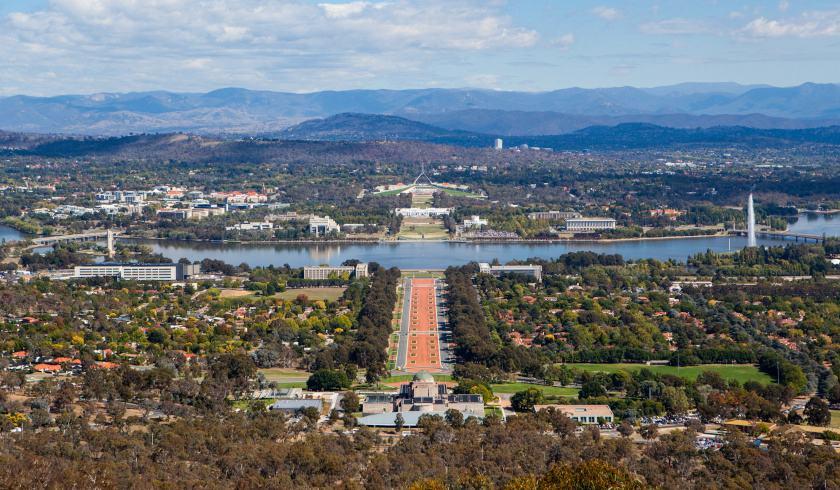