The Queensland property market has been dubbed “better than expected” as it continues to remain resilient amid the effects of the COVID-19 outbreak. How will Brisbane real estate fare in the remaining half of 2020?

During the first three months of the year, the Real Estate Institute of Queensland found that the Queensland property market has consistently shown signs of growth and resilience, particularly across the regions, which ultimately led the way for growth in the SunshineSunshine, NSW Sunshine, VIC State.

Understandably, the state offered a mixed bag of results throughout the past quarters as the pandemic affected the property market, but every region in Queensland has performed better than expected to date and continue to do so, according to REIQ CEO Antonia Mercorella.

“This despite major banks, research firms and media naysayers collectively predicting ‘worse case’ property price declines from the onset of COVID-19 – forecasting falls from anywhere between 20-40 per cent,” she said.

March 2020 saw the initial impacts of coronavirus start to trickle through to house prices, but Brisbane once again saw dwelling prices rise by 0.6 per cent to a monthly median of $506,553.

“Understandably, the COVID-19 pandemic is still creating uncertainty, but as we continue to navigate through to the other side, Brisbane is likely to be [one] of the best-performing property markets over the next few years – particularly in light of its stability through trading restrictions and lockdowns as real estate continued to transact on the back of the federal government’s economic reforms.”

Falls in national house prices accelerated over the month of June as the effect of the COVID-19 outbreak continues to be felt across the property market, with the September cliff still looming.

Following 11 months of gains, dwelling values have been reduced by more than a per cent following 0.4 per cent in May before falling a further 0.7 per cent in June, the latest CoreLogic Hedonic Home Value Index showed.

Melbourne and PerthPerth, TAS Perth, WA had the biggest reduction in house prices, falling by 1.1 per cent in June, followed by a 0.8 per cent decrease in Sydney, a 0.4 per cent fall in Brisbane and a drop of 0.2 per cent in Adelaide.

Meanwhile, prices in Hobart and Darwin grew by 0.3 per cent while the nation’s capital Canberra also increased slightly by 0.1 per cent, but this was not enough to move property into positive territory as nationally it fell by 1.3 percent over the past two months, according to CoreLogic’s head of research Tim Lawless.

The research also revealed that more expensive properties are seeing the biggest swings during the COVID-19 market correction.

He noted, however, “Importantly, the upper quartile also recorded the most significant run-up in values throughout the second half of last year.”

Despite the economic risks and the market reducing, Mr Lawless said that there are some green shoots for property investors, particularly in terms of supply and demand.

“While new listings are ramping up, the total listing count has continued to trend lower, indicating a strong rate of absorption,” he said.

Auctions are also showing signs of recovery since late May, as the ban on on-site auctions was lifted, according to him.

CoreLogic’s Auction Market Preview for the week concluding 28 June saw 1,363 capital city auctions. This is up on the 1,251 auctions last week and on the 1,295 auctions held over the same week last year.

Sydney saw the highest auction volumes, with 617 auctions, followed by Melbourne with 567, Brisbane with 85, Adelaide with 45, Canberra with 31, Perth with 17 and Tasmania with one.

“Both auction volumes and the clearance rate were higher over the same week last year, with 1,484 capital city homes taken to auction returning a 60.5 per cent success rate,” CoreLogic said.

Across Queensland, freehold homes have seen growing demand, prompting the rollout of a new project that highlights ownership that “has no limit in time for the landowner and its beneficiaries.”

Sherpa Property Group managing director Christie Leet said the project was designed to provide buyers with something unique for the Gold Coast over recent decades – new freestanding homes close to the beach.

“There is a huge oversupply of apartments on the Gold Coast, and we think people are ready for something a bit different,” he said.

Commenting further, Mr Leet said Rainbow Bay was one of the most undersupplied house markets on the coast and had the second-lowest percentage of houses compared with units in all 82 suburbs on the Gold Coast.

Buyers of the Rainbow Bay projects can get a new home on their own land for roughly the same cost per square metre as an apartment, which has huge ongoing body corporate expenses.

According to him, body corporate living is not for everyone, so they want to make sure that people will have the freedom to choose how they live as opposed to being forced into apartment living for no other reason than lack of choice.

Looking ahead, Mr Leet expects the project to attract buyers predominantly based in the local, Brisbane and southern capitals.

Despite uncertainties, experts remind investors that the Australian property market is extraordinarily resilient.

According to Binnari Property’s managing director David Hancock, when Australia experienced similar economic and political shocks to the system such as the GFC, Y2K, September 11 and the banking royal commission, the Sydney, Melbourne and Brisbane markets experienced only small dips and recovered relatively quickly.

In fact, commentators who were predicting severe 20-30 per cent drops in the property market this year are now largely walking back on their forecasts.

AMP Capital chief economist Shane Oliver, who was forecasting falls of 20 per cent, has now revised that to falls of 5-10 per cent.

“During times of uncertainty, a drop in buyers is typically matched with a decrease in supply, which allows property values to hold firm. That means that any drop in prices is likely to be minor and short-lived. In any event, property transactions will continue as people buy their first home, upsize, downsize or look for ways to invest outside of the sharemarket,” Mr Hancock said.

Further, as Australia is faring much better than many countries when it comes to managing the COVID-19 pandemic and with even the most dire economic forecasts predicting a recovery as soon as next year, the country is expected to be an attractive and stable economy in which to invest and a secure and safe place to live.

This will lead to an influx of migrants and foreign investors from all over the world, including the UK, US, South Africa and Hong Kong.

According to Mr Hancock: “It is unlikely that the Australian property market will sustain any long-term falls due to a combination of migration, foreign investment and government intervention.”

“Many markets across Australia also have low supply with demand likely to continue to grow.”

Due to the HomeBuilder stimulus, the response from first home buyers has been huge upon taking the project to the market, according to managing director Kent Leicester.

HomeBuilder will provide eligible owner-occupiers (including first home buyers) with a grant of $25,000 to build a new home or substantially renovate an existing home where the contract is signed between 4 June 2020 and 31 December 2020. Construction must commence within three months of the contract date.

Since HomeBuilder was announced, KDL Property Group’s residential housing estates in South East Queensland had benefited from a 100 per cent jump in inquiry.

“Despite the economic uncertainty as a result of the COVID-19 pandemic, we believe they have been attracted due to HomeBuilder stimulus, which when added to state government funding gives them a $40,000 head start,” Mr Leicester said.

Ultimately, HomeBuilder was helping build sales for developers in new estates on registered or soon to be registered land, he said.

“Our Hampton Pallara estate will have land registered in September, meaning builders can start construction in October, which is well within the 31 December 2020, timeframe to qualify for HomeBuilder,” he said.

All 61 blocks in the Hampton Pallara estate will be levelled and range in size from 400 square metres to 541 square metres, many with frontages of up to 17 metres.

KDL has house and land packages available in Hampton Pallara as well as a select number of dwellings under construction that will be sold as finished and completed homes. Land is priced from $315,000.

“Pallara is a thriving community which has been named as one of the most family-friendly suburbs in Brisbane, with almost 25 per cent of residents aged 14 and under,” Mr Leicester concluded.

For investors chasing capital growth, the best performer for annual median house price growth for a second consecutive quarter was Mackay, with a rise of 6.2 per cent to $360,000.

Mackay’s housing market has been in recovery for over five years, with its median house price recuperating from significant falls. However, it continues to inch closer to its top median price of $390,000 recorded in December 2014 (-7.7 per cent).

“In 2019, Mackay experienced a very positive year of growth, not only in relation to property but for the local economy as well,” Ms Mercorella said.

“A dynamic resources sector, coupled with large infrastructure projects, saw a boost in employment opportunities and population growth throughout the year. That momentum gained over the last year or two has certainly continued into the first months of 2020 and is a great result for Mackay.”

REIQ also noted the Sunshine Coast property market continued to remain one of the prime spots in Australia for investment.

“Noosa has clearly seen the biggest market gains in the greater region when you consider it ushered in a record median house price of $800,000 on the back of five years’ growth of 44.1 per cent, making it the most expensive housing market in Queensland,” Ms Mercorella noted.

“And it should come as no surprise that Noosa also had the most expensive units in the state as well, which climbed 8.7 per cent to a median price of $625,000 over the last 12 months.” 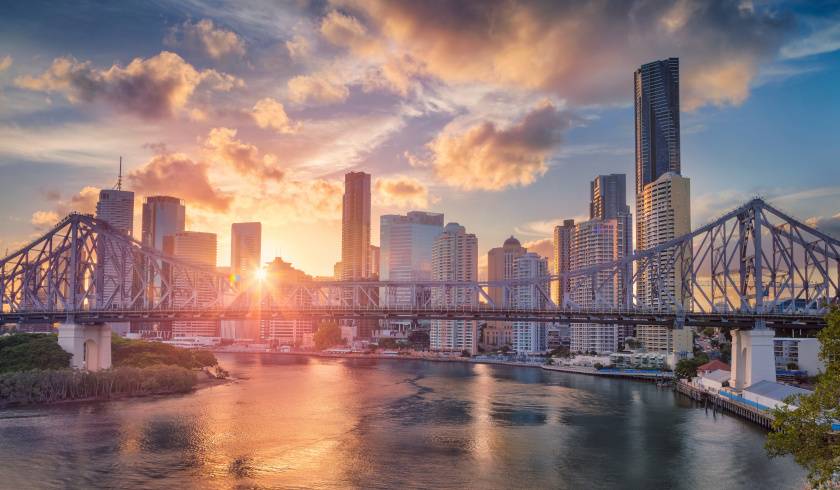 share the article
Hot Property: Biggest headlines from the week that was - 7
Borrowers benefit from ‘rates battle’: expert