How will the budget shape the property market?

The property market is likely to see a timely boost of direct and indirect stimulus policies in the budget announced on Tuesday, 6 October, a researcher has said.

Treasury’s budget had three main components for investors, with the extension of the First Home Loan Deposit Scheme, additional low-cost financing for affordable housing and funding for Indigenous Home Ownership Program likely to have implications for the housing market.

According to CoreLogic’s head of research, Eliza Owen, these policy changes should increase demand for property, with Millennials the most likely group to enter the first home buyers market.

“First home owners have previously been a target of demand-side housing stimulus during economic downturns. Currently, Australia may be in a demographic ‘sweet spot’ for first home buyer demand,” she said.

“The relatively large Millennial generation is now estimated to be aged around 26 to 37 years old,” the researcher explained.

However, these additional places are for construction or purchase of newly built homes.

“It will be interesting to see if these conditions create as rapid an uptake as the places for established housing. In 2008, the temporary boost to the first home owner grant provided added incentives for new builds, yet 85 per cent of its uptake was directed at established housing,” Ms Owen said.

However, Ms Owen also points to a number of announcements that will indirectly help grow the economy and the housing market.

The researcher believes young Australians, which were about 40 per cent of the job losses, could benefit though the government trying to get people back into the workforce.

“The JobMaker hiring credit and JobTrainer fund – these initiatives may help re-absorption of young people into the labour force following the initial pandemic-induced shock,” she said.

Ms Owen also pointed to infrastructure spending, which can either be a positive or negative on house price values.

“Much of this year’s infrastructure allocation is in roadworks, which can have positive impacts on nearby housing by increasing accessibility to an area, but devalue properties with exposure to high traffic intensity, construction and noise pollution,” she explained.

Finally, Ms Owen noted how the regional property market could receive a timely boost due to a number of initiatives announced to support regional Australia.

“The budget outlines $350 million in support for regional tourism to attract domestic visitation and seeks to strengthen regional industry through concessional loans to farmers and access for exporters to global supply chains,” Ms Owen said.

“This may further generate interest in regional dwelling markets, beyond what has resulted from COVID-19 and the normalisation of remote work.”

“However, it is worth noting this budget allocated little to fossil fuel alternatives, with climate change presenting an ongoing challenge to the liveability of some regional markets,” Ms Owens concluded.

The government’s Homebuilder stimulus has led to a two decade high in new houses that commenced construction, official...

Read More
How will the budget shape the property market? 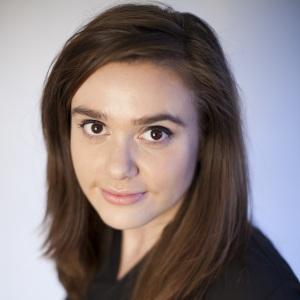