The unprecedented socioeconomic effects of COVID-19 has become a catalyst for change that is seeing Australians rethinking the way they want to live, the latest McGrath Estate Agents report said. With the pandemic triggering a change in the Australian way of life, demographer Bernard Salt said that he expects most of the population to look for more space and safer apartments as a part of the post-pandemic pivot into the work-from-home era.

A Westpac survey showed that 77 per cent of their respondents would now prefer to live in a house. By mid-2020, one in five Aussies were already looking for a new home in suburbs with larger properties. Backyards, outdoor entertainment areas and studies were particularly highly valued features.

Some Australians who can now work from home are also swapping high-density apartments and small parcels of inner city land for bigger blocks in middle and outer ring areas that offer good transport links to the city but also have leafy landscapes and substantial space.

“Australian home owners are likely to be partial to large properties in the suburbs… The next decade and beyond really will be suburbia’s time in the sun,” Mr Salt highlighted.

“The outer suburbs, once seen as unfashionable, are likely to become desirable due to their peace and privacy relative to inner-city areas. Workers-from-home no longer need to live close to the office, so they are free to relocate to more affordable suburbs within our major cities with good local amenities and transport links.”

Still, apartment living won’t entirely lose its appeal due to affordability and location for some buyers, although developers are already recognising the need to de-risk buildings.

Australians will demand more apartments outside urban inner-city locations. A likely future trend is the repurposing of some commercial CBD buildings as well as small retail and office plazas in the main streets of desirable suburban villages into low-rise apartments, according to Mr Salt.

With these new trends in mind, McGrath Estate Agents’ founder and executive director, John McGrath, listed down the new hotspots across Sydney that will emerge as a part of the property market’s post-pandemic pivot:

For many years, Homebush has been quietly reinventing itself into a prized address in the significantly gentrified inner west.

“Walk through the village and sample some of the best eateries in Sydney or stroll across the road to Sydney Olympic Park for any number of sporting or cultural events,” Mr McGrath said.

The area’s residents have also shifted 15 minutes closer to town with the establishment of the WestConnex tunnel.

One of Mr McGrath’s personal favourites, which he has recommended to friends over the years, Haberfield stands as a gracious garden suburb that benefits from its proximity to the CBD, large land allotments, picturesque lines of period homes and “some of the best coffee and delicatessens in the land”!

With remote work being the prominent setup nowadays, the Northern Beaches has become increasingly popular for home buyers.

“Once upon a time, you had to choose between a movie star lifestyle on the Northern Beaches or easy access into the CBD. Well, now that the game has changed with remote work, you no longer have to wrestle with the Spit Bridge every day.”

“Why not choose the movie star lifestyle and enjoy a dip before work in Sydney’s next beachside suburb to boom? Sip your cappuccino and breathe in the fresh salt air of the Pacific before you head home for your first Zoom meeting,” Mr McGrath highlighted.

In the heart of the burgeoning north west corridor, Rouse Hill and its town centre retail village have presented a compelling lifestyle for young families looking for clean air, more land, better value for money and a now-easy commute to the CBD via the Sydney Metro Northwest for those who still work in an office.

Dubbed by Mr McGrath as the “Rouse Hill of the south west”, Edmondson Park has the same alluring lifestyle as Rouse Hill, and then some more. For one, the newly minted M8 brings its residents 15 minutes closer to the CBD.

Another area that benefited from the remote work trend, lifestyle gem Thirroul in the Illawarra region is expected to take off over the next few years.

“Sitting on the seaside, only a few kilometres from Wollongong and a very easy commute to the big smoke, this lifestyle will become more in demand from savvy locals, Sydney executives and nearby Empty Nesters in search of the ultimate seachange,” according to Mr McGrath.

Situated just north of Sydney on the booming Central Coast, the quiet village of Noraville offers the benefits of both the new NorthConnex and a charming seaside lifestyle for the low price of a one bedroom apartment in Sydney. 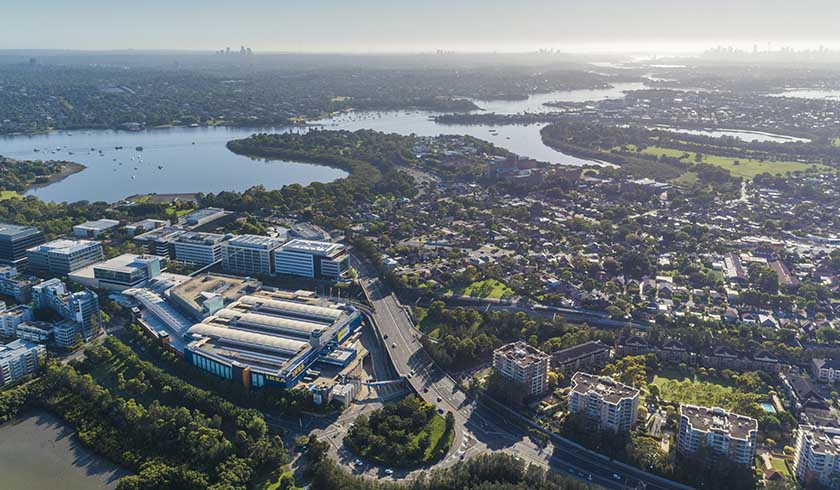