More properties were put on the market during this year’s spring selling season, but how many actually sold?

The further easing of the social distancing restrictions across Victoria at the end of September ultimately led to more vendors selling their properties, according to CoreLogic’s latest Property Pulse.

In fact, in the three months to November, the number of new listings added to the market across Australia averaged around 39,000 a month. This was 20.8 per cent higher than in the winter months.

However, according to CoreLogic head of research Eliza Owen, although winter usually sees less listings due to seasonality, strict restrictions and subdued economic conditions weighed on overall transaction activity.

To gain a better understanding of this new trend, CoreLogic’s latest Property Pulse tracked the volume of sales compared with new market entrants to determine the state of supply and demand – the sales to new listings ratio.

“If rising stock is met with low levels of demand, property listings accumulate, giving buyers more choice and bargaining power. This could be a concern for sellers, some of whom may have no choice to sell if their ability to repay their mortgage has been impacted by COVID-19,” Ms Owen explained.

What is the rate of new listings ratio holding up across the major capital city markets?

In November, the sales to new listings ratio was 1.3 across greater Sydney, suggesting there had been 1.3 sales in the month for every new listing added to the market. The relatively strong result through November was the result of an estimated 3.7 per cent increase in sales volumes over the month, as listings fell -11.3 per cent.

“This indicates rising demand for property across the Sydney market, where values increased 0.4 per cent in the same month,” Ms Owen said.

Melbourne currently has the weakest sales to new listings ratio, averaging just 0.6 in the three months to November. This suggests that there is more stock available for buyers across Melbourne, as reflected in a slight weakening in median days on market from 30 in October to 32 in November.

Further, modelled sales volume estimates suggest that property sales declined -14.9 per cent in Melbourne over the month of November, as new listings surged to unusually high levels when the city came out of lockdown.

However, while the numbers seem weak, the Melbourne market still saw an increase in dwelling values overall of 0.7 per cent in the month of November.

“This may be explained by record-low costs of mortgage debt, which has increased purchasing power.”

For instance, the Melbourne - Inner region had the highest level of stock on market over November, with 4,652 dwellings listed for sale in total.

In November, Brisbane saw a sales to new listings ratio of 1.1. Sales volumes across Brisbane were fairly steady over spring, averaging an estimated 4,174 per month in the three months to November.

New listings added to the market were slightly lower, with an average of 4,072 per month in the same period.

“This suggests demand is relatively strong across the market relative to new listings added, exemplified by consistent value increases across the city over the past three months.”

Over the three months to November, Adelaide’s sales to new listings ratio averaged 1.2, which was one of the higher results of the capital cities, reflecting strong demand across the smaller capital city markets.

While Adelaide has generally seen a strong level of sales volumes matching new listings added to the market over 2020, an estimated drop in sales volumes over the month suppressed the ratio in November.

Ms Owen said: “Transaction activity may have been shaken by the COVID-19 cluster discovered in mid-November, which triggered a short, sharp lockdown across the state.”

Despite the start of long-awaited recovery apparent across the Perth market, the sales to new listings ratio has been slightly weaker over spring relative to the three months to August, averaging 0.9.

However, the demand for property relative to stock added to the market was still higher than in the equivalent period of 2019, averaging 0.7.

The Hobart dwelling market remained strong in the past few years, and the spring of 2020 was no exception.

Buyer demand remained high in the three months to November, with the ratio averaging 1.2. This coincided with a 2.9 per cent increase in dwelling values over the same period.

As well as having the highest capital growth rate between March and November, Darwin dwellings had the highest sales to new listings ratio in November of the capital cities, at 1.4. Over the spring selling season, the ratio averaged 1.7.

“This is reflective of the start of a rebound across the Darwin market, where dwelling values had seen a long, large correction off the back of the end of the mining boom,” according to Ms Owen.

However, while this market seems to be following a recovery trend, values are still -27.4 per cent below the record high in May 2014.

Across Canberra, the sales to new listings ratio was 1.3. Like Darwin, the Canberra dwelling market has seen relatively strong performance over 2020 despite the onset of COVID-19, with values rising 5.2 per cent between March and November.

The increase in the ratio over November coincided with an estimated 16.1 per cent sales volume increase over the month, as new stock added to the market tightened.

Overall, the sales to new listings ratios indicate that an increase in listings activity over the spring period was met with high demand, despite Australians being in the wake of technical recession, Ms Owen said.

“Record-low mortgage rates and a rebound in consumer sentiment has likely had a lot to do with this. But the numbers also highlight the relative fragility of the Melbourne market, where stock is accumulating across the inner city.

“Demand for these properties may slowly increase as international travel arrangements rise over 2021.

“Until then, a rebound in this dwelling market may be subdued, particularly within the inner Melbourne unit market,” she concluded. 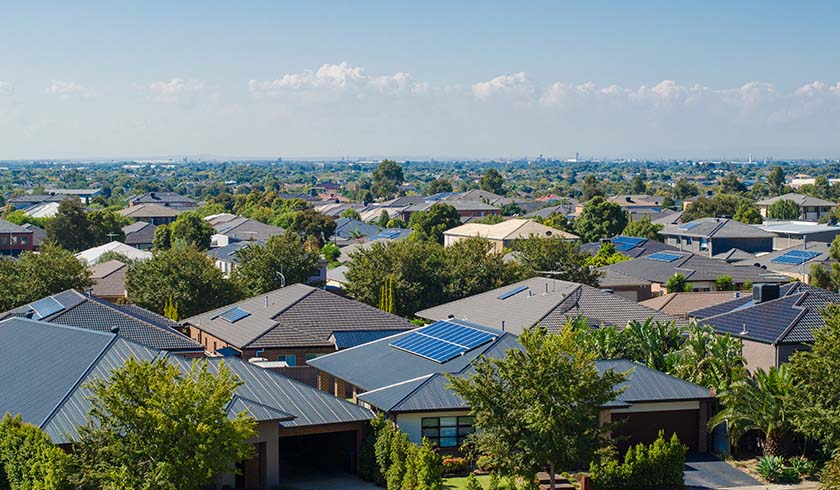 share the article
The best Queensland markets over September quarter
‘Livevesting’ a new trend: How to use government subsidies to dip your toes into investing