With more Australians racking up more savings than ever before and affordability improving across the real estate market, the allure of luxury properties has never been stronger.

Data from the Australian Bureau of Statistics (ABS) revealed total house wealth hit a record high in November 2020, driven primarily by increased savings and superannuation as well as growth in house prices.

“Officially, Australians have never been wealthier, and that was very apparent in the luxury property market in 2020,” said REA Group’s chief economist, Nerida Conisbee.

According to Ms Conisbee, by the end of 2020, the luxury residential market had gained remarkable strength, with the ultra-luxury market taking the spotlight.

Over 2020, views per listing on realestate.com.au for homes priced over $10 million had increased by 150 per cent compared to the pre-pandemic period.

Median prices across Australia’s most expensive suburbs also backed the trend, with 25 of the 30 suburbs with medians over $3 million experiencing a further price increase.

“More than half the suburbs on the list saw double-digit price growth. Most striking, the number of $3 million-plus suburbs doubled during the pandemic,” Ms Conisbee said.

QueenscliffQueenscliff, NSW Queenscliff, VIC in New South Wales took the top spot with a 59 per cent increase in prices to a median of $3,967,500, followed by Whale Beach with 55.3 per cent and Kirribilli with 44.4 per cent.

While most of the over-$3 million suburbs were located in Sydney, Canberra managed to take a spot on the list, with Forrest experiencing a 16.4 per cent price increase to a median of $3,030,000.

“This unique trend of house price growth during a recession did not occur during the global financial crisis last decade or the early 1990s recession,” Ms Conisbee noted.

The chief economist said that one of the main drivers behind the accelerating luxury market could be the offshore luxury expatriate buyers, and although data is hard to come by, anecdotal evidence supporting this theory is strong.

In 2021, Ms Conisbee said that the list of $3 million-plus suburbs could double due to stronger conditions expected across the residential real estate market.

While the majority of potential $3 million-plus suburbs are still in Sydney, other states are expected to take spots on the list as well, including Melbourne with Mont Albert, Portsea, BrightonBrighton, SA Brighton, VIC Brighton, TAS Brighton, QLD, Flinders and St Kilda West.

Contenders also include Main Beach on the Gold Coast, which would be the city’s first $3 million-plus suburb, and Bar Beach in Newcastle. 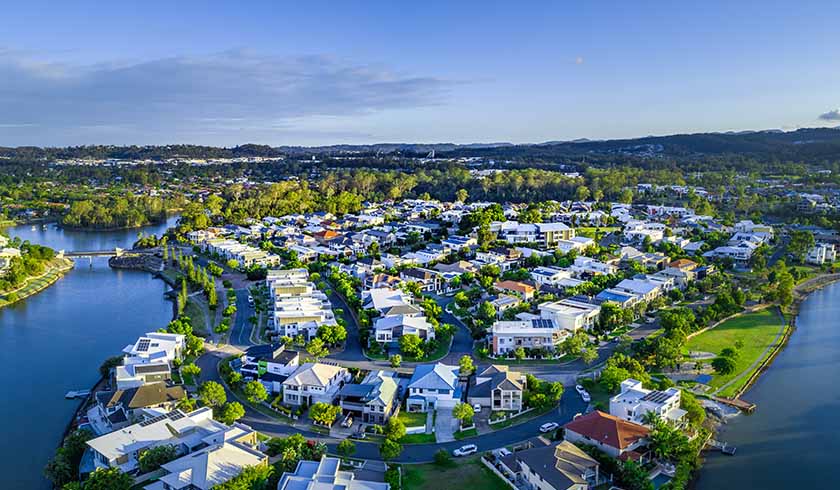