Despite the pandemic, house and unit prices rose across Australia last year. But will this resilience persist in 2021?

The latest Property Outlook Report by REA Insights found that, at an aggregate level, all parts of Australia experienced a lift in house and unit prices amid the global pandemic.

According to the report, Canberra, Hobart, regional NSW and Victoria took the lead in house price growth, while Darwin and Hobart were the top-performing cities for unit growth, along with towns in regional Western Australia, which benefited from the resurgence of the mining sector.

“In fact, in some locations, price growth was far stronger than expected.”

At a suburb level, data showed that 84 per cent of Australian suburbs saw house price growth, while 70 per cent saw unit price growth.

This was followed by NSW, with Byron Bay enjoying a growth of 36 per cent, Woollahra with 35 per cent and Killara with 31 per cent.

For units, the best-performing suburb was East Melbourne, with a 45 per cent growth to a median unit price of $872,000. Cairns (WA), Victoria Park (Qld) and West Footscray (Vic) followed, with annual unit price growth at 33 per cent, 32 per cent and 31 per cent, respectively.

“[For instance], a number of Perth suburbs were featured in both the strongest and weakest lists, showing that even though the market is recovering, the recovery is not uniform.”

The strong figures were led by several key trends, Ms Conisbee explained, including a COVID-induced mining boom across regional Queensland and Western Australia, as well as a shift in demand to regional Australia due to changes in working conditions and a growing preference for bigger spaces.

Further, a rise in the purchase of holiday homes and second homes drove growth in regional beachside locations, while increased savings and improved affordability led to high-end properties in expensive suburbs performing well over the year.

While admitting that historical price growth is not the sole indication of future price growth, Ms Conisbee opined that 2021 is “looking to be a bumper year for price growth”.

“The Australian economy is no longer in recession, a vaccine is now available, interest rates are at record lows and access to finance continues to ease.

“Most importantly, a lot of the uncertainty that characterised 2020 is now easing.

“The decline in pricing that we saw early on in the pandemic was primarily related to economic uncertainty, combined with high levels of general negativity,” the chief economist commented.

Looking ahead, Ms Conisbee expects regional Australia to continue to outperform its capital city counterparts as interest in regional locations far surpasses that of capital cities.

In fact, views per listing on realestate.com.au increased 44 per cent in regional Australia and only 16 per cent in capital cities during the second half of 2020.

At the states and territory level, the chief economist predicted that the ACT could ultimately take the spotlight.

“ACT continues to lead the charge in terms of growth in views per listing, while demand is lagging in Victoria, most likely driven by the prolonged lockdown during the measurement period.

“Beyond that, growth will be far more highly variable within states and capital cities and by property types,” she concluded.

Read More
Regional v capitals: Where will buyers flock in 2021? 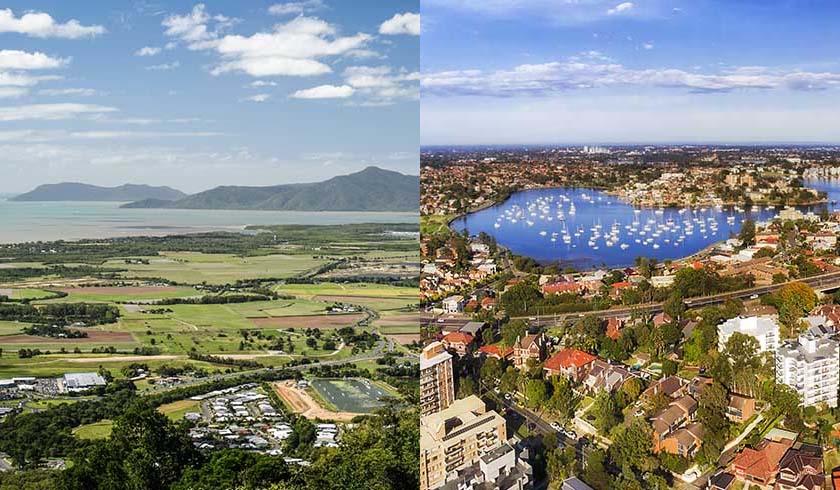