Sydney buyers have been flocking to one of NSW’s “best-kept secrets”, the Central Coast’s 2261 postcode region, a real estate brand revealed. Killarney Vale, along with nearby Blue Bay and Toowoon Bay, have been attracting high levels of buyer activity during the first months of 2021, Raine & Horne’s principal, Paul Denny, said in a statement.

From six groups at a weekend inspection last February, open homes now draw in up to 50 groups with many travelling to the region from Sydney’s north and north-west, Mr Denny said.

The big improvement in buyer activity has resulted in 942 properties sold between 1 July to 31 December across the entire 2261 postcode, including Bateau Bay, Long Jetty, The Entrance Toowoon Bay, Blue Bay and Tumbi Umbi.

Of these suburbs, Long Jetty and Killarney Vale were among the top growth suburbs on the Central Coast, with values up by 15 to 16 per cent annually.

Mr Denny said that one of the biggest drivers of growth in the postcode was ultimately COVID-19 and its impact on work conditions.

“Sydney buyers realised that with our region’s excellent NBN rollout that they could live and work on the Central Coast.

“Better still, they could buy a decent family home close to excellent infrastructure rather than be stuck living in a pokey Sydney apartment,” the principal commented.

Apart from the area’s appealing lifestyle, improved infrastructure such as the new North Connex and the West Connex also ease connectivity to major city centres.

Moreover, real estate affordability has played a role in the area’s growth, after attracting more first-time buyers who sought to take advantage of the generous stamp duty benefits and home loan deposit schemes.

But this region isn’t only attracting first-timers.

“There are also upgraders leaving behind a $3 million property in Sydney suburbs such as Castle Hill and moving to Bateau Bay, Blue Bay or Toowoon Bay where they can pay $2 million for a lifestyle property with sweeping water views and still have some money in the bank,” Mr Denny pointed out.

But the trouble is that listings are scarce. So, listing a Long Jetty or Killarney Vale home between now and Easter would likely produce a decent result for a vendor.

Looking ahead, Mr Denny opined that with listings at a premium in postcode 2261, “there’s no doubt that 2021 will be a great year for vendors to sell a well-located property in suburbs such as Killarney Vale, Blue Bay and Toowoon Bay”. 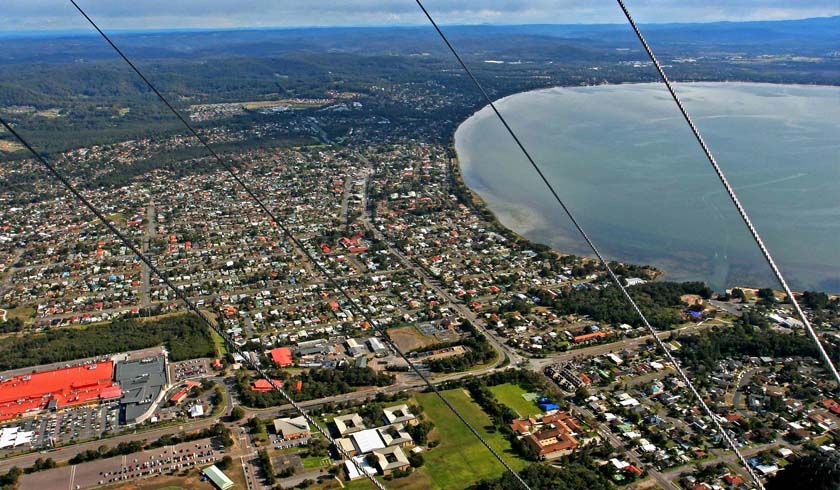