How this investor turned his dud buys into a $4m portfolio

Investor Chris Panic’s first foray into property investing landed him a dud buy, but that did not discourage him from pursuing his dreams and building a 12-property-strong portfolio. As a small-business owner, Mr Panic decided to try his hand at property investing in 2012, with a duplex purchase in Elizabeth, South Australia.

However, despite years of self-learning and research, he quickly realised that the investment wasn’t quite what he had expected.

“It was the first one… and I still hold it, nine years on now. It’s worth probably about the same amount as we paid for it back in 2012 to 2013,” Mr Panic said on a recent episode of The Smart Investment Property Show.

“Great learning experience. I bought it with the idea that we’d get good yields and eventually could develop it if we wanted to.

“As it stands, we’ve tidied it up and just kept it tenantable.”

Despite his prickly start, Mr Panic eventually bought his second property after a couple of years, in Hackham West, Adelaide.

Much like the first one, this property, too, didn’t quite meet expectations.

“Similar type of area, similar type of property and similar results. At the moment, that hasn’t done heaps, but again, it doesn’t hurt us,” Mr Panic said.

However, to his credit, both properties are currently positively geared with rental yields of around 6 per cent.

Soon after his first two purchases, Mr Panic met his wife Cherie, and their next property purchases were made in unison.

But the 2016 hot property market and Mr Panic’s dud start prompted the couple to seek out the services of a buyer’s agent.

With the help of a buyer’s agent, Mr Panic and his wife Cherie eventually bought a $335,000-property in BellmereBellmere, QLD Bellmere, QLD in 2017, located in the Moreton Bay area of north Queensland.

“That’s I think seven years old, eight years old at the time, four-bedder, two bathroom, and picked it up for about 335, I believe. And again, that’s rented really well. Haven’t had too many issues with that one. That just ticked along and done its thing, and markets up there are performing really well. Particularly from a rental perspective, that’s been fantastic,” Mr Panic said.

Ultimately, he said, engaging a buyer’s agent was “worth its weight in gold”.

“I knew of buyer’s agents, and I knew that there was a fee that went with it. I didn’t probably truly understand the value that a professional could have.

“At that time, I’d read as much as I could, and like most people, you sort of analyze every different thing, then you end up hitting a brick wall. You don’t necessarily know which way to go, which is what happened with me,” Mr Panic explained.

Now, in just under a decade, Mr Panic and his wife have successfully built a 12-property-strong neutrally geared portfolio, which includes 10 houses and a couple of granny flats purchased across Adelaide, Brisbane and Sydney.

“We’ve got a third granny flat on the Central Coast of New South Wales at the moment; that should be starting probably in the next couple of weeks.”

As for the future, Mr Panic explained that his ultimate goal is to retire at the age of around 50.

For now, this investor and his wife are seeking out their next purchase.

“We’ve got a goal to accelerate all that purchasing, not ignoring what’s happening around us, but our goal was to get a dollar value in properties, which was $5.5 million in portfolio value,” Mr Panic said, admitting that as things currently stand, they’re just shy of that goal at $4.2 million.

Find out more about the couple’s property investment journey, including their mistakes, successes and foray into interstate investing, in the latest episode of The Smart Property Investment Show. 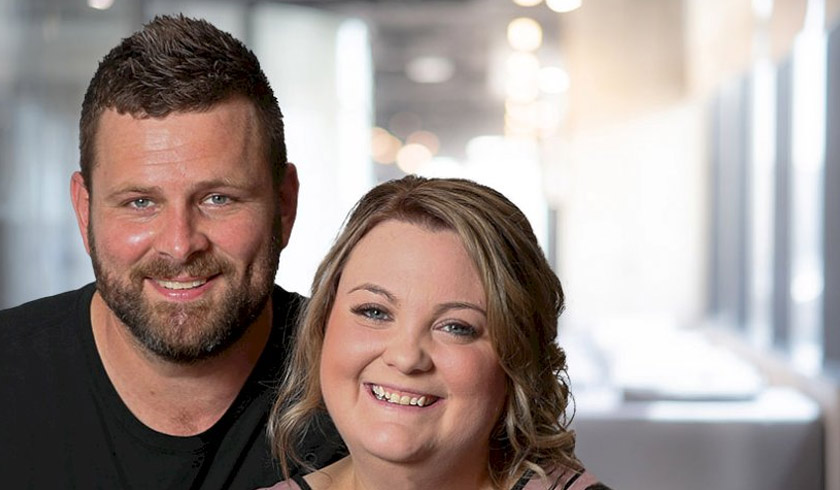 Last Updated: 12 March 2021 Published: 11 March 2021
share the article
What is the average house price around Australia?
New home sales soar with one state blowing past expectations