Even amid the COVID-19 pandemic, Adelaide has witnessed continued growth, outpacing its capital city counterparts in 2020. Adelaide saw property values rise by 7.3 per cent in 2020, on the back of record-low interest rates, real estate affordability and local population growth, real estate group Raine and Horne reported.

This strong growth has placed Adelaide ahead of the bigger capital cities, including Sydney (2.8 per cent), Melbourne (1.3 per cent) and Brisbane (5 per cent).

According to Raine and Horne general manager James Trimble, Adelaide’s performance amid a turbulent year further cemented its reputation as real estate’s version of a balanced investment fund.

“Adelaide property has historically delivered a combination of modest growth in the good times compared to the eastern state capitals,” Mr Trimble said.

“However, when those markets slow, Adelaide property generally continues to deliver excellent returns to owner-occupiers and investors,” he noted.

He explained that “off the charts” growth is also being driven by population growth, as South Australia’s appeal increases as a result of its “excellent record” in managing the pandemic, as well as a combination of lifestyle and real estate affordability benefits.

Mr Trimble cited a 30 per cent increase in enquiries in some Adelaide markets, most of which are from interstate residents seeking to relocate.

“Population growth has been something of an Achilles heel for the Adelaide market, but with our excellent health record and the fact that more Australians have recognised they can work from home, there’s been a spike in South Australians returning to their state of origin,” he said.

Further, the general manager noted that around 400,000 Australian expats have returned home since the start of COVID, with a significant portion looking to call Adelaide home.

“This is almost the equivalent of the population of Canberra returning to Australia, and they need somewhere to live.

“Throw in the acceptance of technology, the realisation you don’t have to live and work in the eastern capital cities anymore, low-interest rates plus Adelaide’s values are about 50 per cent more affordable than Sydney, and this combination is proving the perfect mix for property price growth,” Mr Trimble concluded. 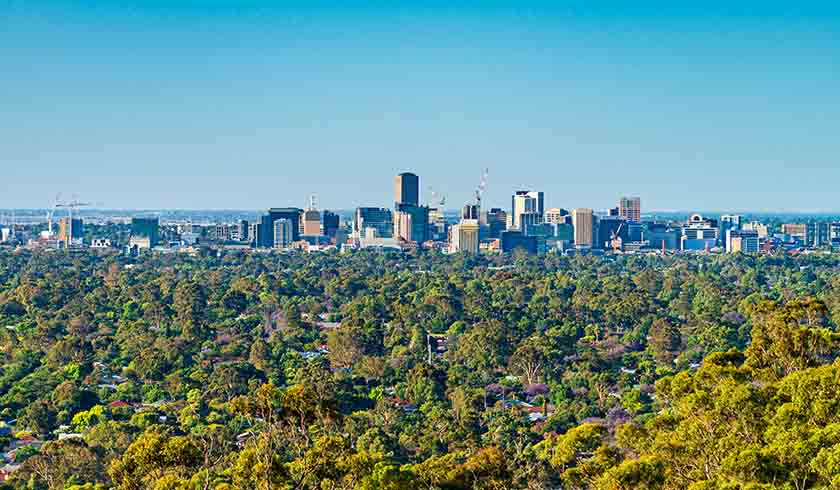