Suburbs located in close proximity to universities are struggling to keep up with the rising property market, new figures have revealed. Government support and record-low rates have supported the recovery of the Australian economy, resulting in significant growth in property prices even amid a year plagued by the pandemic.

However, the growth was not universal, according to REA Insights economist Anne Flaherty.

Border restrictions have resulted in a 39.8 per cent decline in visas granted, and with international students on a decline, some suburbs are facing plummeting demand, Ms Flaherty noted.

Areas near Melbourne and Sydney universities, in particular, have borne the brunt of the student decline.

“Fewer international students have led to increased vacancy and driven a decline in rents and prices in these suburbs,” according to Ms Flaherty.

Data from REA Insights found that Australia’s “student” suburbs, where over 25 per cent of residents were international students, have suffered a combined drop in house prices by 0.6 per cent in the past 12 months. Meanwhile, unit prices increased but only by a slim 0.3 per cent.

Over the 12 months to March 2021, Melbourne’s Clayton – home to Monash University – saw its median house price drop 11.8 per cent, while the median value of units declined 3.8 per cent, REA figures revealed.

Similarly, CarltonCarlton, VIC Carlton, NSW Carlton, TAS – home to the University of Melbourne – saw a 5.6 per cent decline in median unit prices, while its neighbouring North Melbourne suffered a 10.9 per cent decrease.

Brisbane’s MacgregorMacgregor, ACT Macgregor, QLD and RobertsonRobertson, NSW Robertson, QLD saw house prices decline as well – down by 2.6 per cent and 2.4 per cent, respectively – due to the lack of international student activity within the GriffithGriffith, ACT Griffith, NSW University area.

Even Canberra, which has been dubbed as one of the best-performing property markets over the past year, saw declines in its student suburbs of Bruce and Tanner.

Bucking the trend were a few suburbs in Western Australia and South Australia, where international student activity remained resilient.

“This has helped shield suburbs in these states from the impact of Australia’s closed borders,” Ms Flaherty said.

Despite declining trends, Ms Flaherty expects international students to make a comeback as governments and universities lead efforts to inspire their return.

In the meantime, the economist said that aspiring home owners and investors should view dropping prices as an opportunity.

“Buyers looking in these areas may be able to benefit from the current market conditions. Owner-occupiers may be able to enter the market at a lower price point, and investors willing to tolerate a higher vacancy risk over the short term may stand to benefit over the long term,” she concluded. 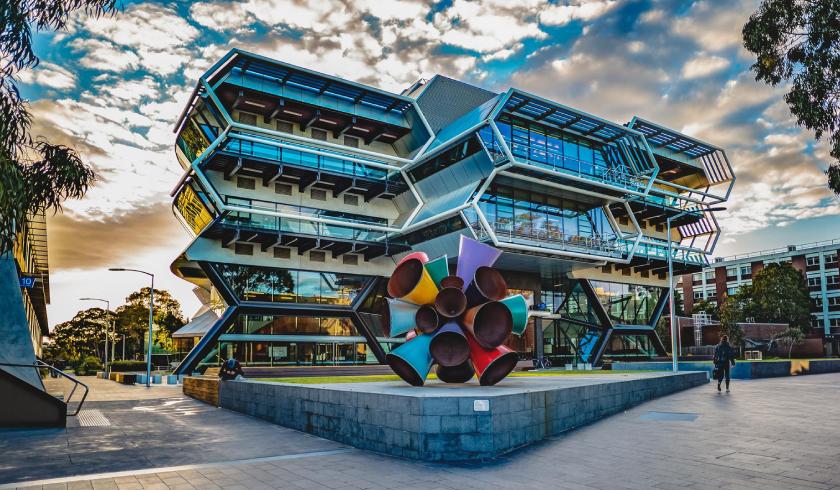