The volume of dwellings advertised for sale is starting to lift, with over 27,000 new listings added across the Australian capital cities in the four weeks to 25 April. After years of subdued activity, the volume of new dwellings advertised for sale has surpassed the five-year average volume, usually added at this time of the year, CoreLogic’s head of research, Eliza Owen, said.

In the four weeks to 25 April, the combined capital cities have recorded a total of 27,055 new listings, taking the latest count for 2021 17 per cent above the five-year average.

Of the total number recorded in the last four weeks, 17,792 were houses, 0.7 per cent above the average for the previous five years.

Units, meanwhile, accounted for a lower 9,263 new listings, but remained almost 20 per cent above the previous five-year average.

According to Ms Owen, the increase in new listings could be attributed to vendors taking advantage of higher prices and strong selling conditions.

“The increase could gradually ease the sense of urgency currently felt by hopeful home buyers in many parts of the country,” she explained.

Looking into the capital cities, Sydney and Melbourne dominated the list for the biggest uplifts in properties for sales relative to the previous five-year average – taking over nine of the top 10 spots.

However, PerthPerth, TAS Perth, WA’s Mandurah saw the highest volume of new stock added to the market, with its latest count of new listings (360) recording a 117-difference from the five-year average.

This result coincided with the strong dwelling value growth recorded in the region over the past 12 months, according to Ms Owen.

“The Mandurah market has likely seen a strong uplift in listings because buyer activity has been extremely strong across the region. Total stock in Mandurah is still over 900 listings lower than the five-year average, and values across Mandurah are 8.7 per cent higher over the year,” she explained.

In Hobart, for instance, the number of new listings in the past 28 days was just 243, equaling the volume added to the market during the same time last year when social distancing restrictions were still in place.

“Such tight advertised supply could create an increased sense of urgency among buyers, leading to further upwards pressure on prices and greater affordability pressures across these cities,” Ms Owen said.

“While a fall in listings can also be a vendor reaction to a lack of buyer activity, most regions still show evidence of high demand.”

Despite a rise in new listings added to the market, the report revealed that the count of all new and re-listed properties available for sale remained generally low due to rapid absorption, with total listings across the combined capital cities 17.1 per cent lower than the five-year average.

“Total listings volumes could start to rise in the coming months, particularly if some buyers are deterred by a lack of affordability over the coming year,” Ms Owen concluded. 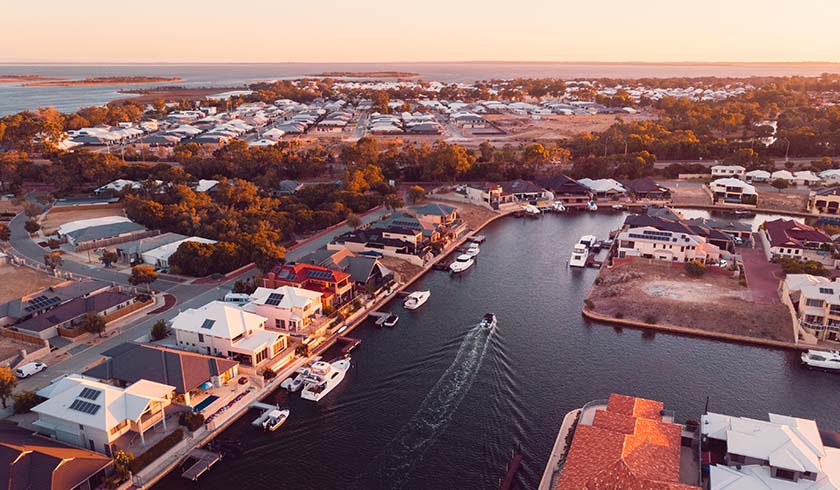