Aussies can no longer rely on their incomes and savings alone to fund a property purchase, as prices soar and incomes stall. Housing affordability is becoming an increasingly pressing concern, and although price growth declined to 1.8 per cent in April, from the 32-year high of 2.8 per cent in March, it is still six times the average monthly price movement over the past decade, CoreLogic data has revealed.

With the current median dwelling valued at $624,997, the price of a typical home is believed to have added an extra $11,240 in the space of a month.

As the property market continues to expand, high-income earners are getting more edge in the buyer pool.

In fact, CoreLogic data suggests high-income earners – with an estimated weekly income of $2,760 – could afford to purchase at least 85.1 per cent of Australian dwellings as of May 2021. This included almost 93 per cent of all unit stock and 82 per cent of all house stock.

Across the bigger capital cities, the gap was even more pronounced.

In both Sydney and Melbourne, less than half of all dwellings are affordable to low-and-middle-income earners, while more than 70 per cent are attainable for high-income earners.

This differed slightly in smaller capital cities, where middle-income earners can afford at least 60 per cent of all dwellings.

Darwin was the most affordable capital city, with more than 96 per cent of all dwellings attainable by middle-income earners. Canberra followed with 81 per cent, PerthPerth, TAS Perth, WA with 77.6 per cent, Brisbane with 74.9 per cent, Adelaide with 67 per cent and Hobart with 64 per cent.

Despite strained affordability across the Australian housing market, CoreLogic revealed that sales volumes were up by 22.6 per cent in the 12 months to April.

But with upsizers, downsizers and movers said to make up the largest pool of buyers, Ms Owen suggested that “income and savings alone is increasingly not enough to purchase property”.

“For these buyers, it is not income alone that enabled purchasing, but the sale or equity of an existing home that creates greater purchasing power.

“This is likely to be the case for most non-first home buyer owner-occupiers, where the latest statement of monetary policy suggested around 98.7 per cent of existing home loans were in a position of positive equity,” she explained.

Recent figures from the Australian Bureau of Statistics (ABS) revealed that financing for first home buyers declined by 4.8 per cent over the past two months.

Apart from lacking the enablers available for existing property owners, first home buyers are also finding it increasingly difficult to accumulate a 20 per cent deposit.

“The past few housing booms in Australia have given rise to terms like ‘rent-vesting’, ‘the bank of mum and dad’ and ‘fractional investing’, which highlight alternative methods first home buyers have turned to in order to access the housing market as prices rise.

“But despite these alternative measures, 2021 is likely to see a decline in first home buyer numbers,” Ms Owen concluded.

Read More
How much of the housing market can you afford? 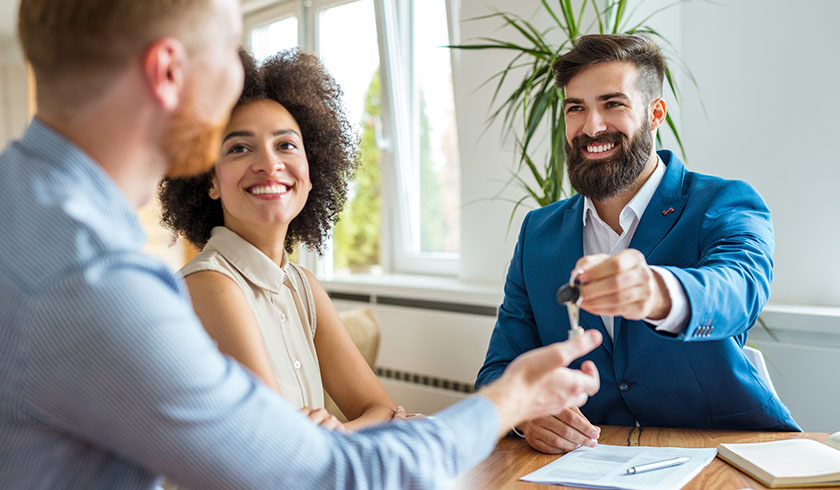