Backed by government stimulus and low interest rates, first home buyers have been flocking into the market, but their buyer preferences have changed slightly. First home buyers have been getting their hands on a record number of loans, with the National Australia Bank (NAB) reporting a 67 per cent surge in first home buyer lending in the first four months of 2021, compared with the same period last year.

But the research revealed an interesting trend – the return of first home buyers to the cities as the rush into regional areas slows from last year’s remarkable growth.

“It’s been interesting to see activity slow in regional areas from the final few months of last year, but over a 12-month period, it’s clear the sea and tree change has been incredibly popular for first-time buyers,” NAB executive for home ownership Andy Kerr said.

Ultimately, the current level of first home buyer activity “has been nothing like we’ve seen in a generation”, he highlighted.

Of the states and territories, Queensland and Western Australia triumphed based on annual results, recording growth in FHB lending of 94 per cent and 92 per cent, respectively.

NSW and the ACT were next with an equal 76 per cent, followed by South Australia and the Northern Territory with 55 per cent, and Victoria and Tasmania with 48 per cent.

“Melbourne trailed all other cities in first home buyer activity last year due largely to COVID-19 impacts, and we have seen an element of catch-up this year,” Mr Kerr noted.

But when compared with the final four months of 2021, Victoria emerged as the frontrunner, with FHB activity up by 26 per cent.

WA followed with 21 per cent, then Queensland with 18 per cent, and South Australia and Northern Territory with 4 per cent each. NSW and ACT stood as the only state and territory to record a decline at 4 per cent.

“First-time buyers appear to be responding to price changes as our list of hotspots has changed significantly from December, with only five postcodes Australia-wide on both lists,” Mr Kerr said.

Across a majority of the states and territories, outer metro areas and coastal towns have gained considerable popularity among first home buyers, according to Mr Kerr.

In Melbourne, for instance, the end of the train lines remained popular due to relative affordability and easy access to significant commercial hubs.

But in contrast with trends that sprouted during the pandemic, inner-city areas are regaining in strength, particularly the apartment markets, the president noted.

“Perhaps the biggest change is the signs of interest in inner-city areas like RichmondRichmond, SA Richmond, VIC Richmond, NSW Richmond, TAS Richmond, NSW and Southbank [in Melbourne]... and Fortitude Valley [in Brisbane], where apartments are likely to be the main purchases for first-time buyers.”

NAB has outlined the current first home buyer hotspots across states and territories based on FHB lending activity: 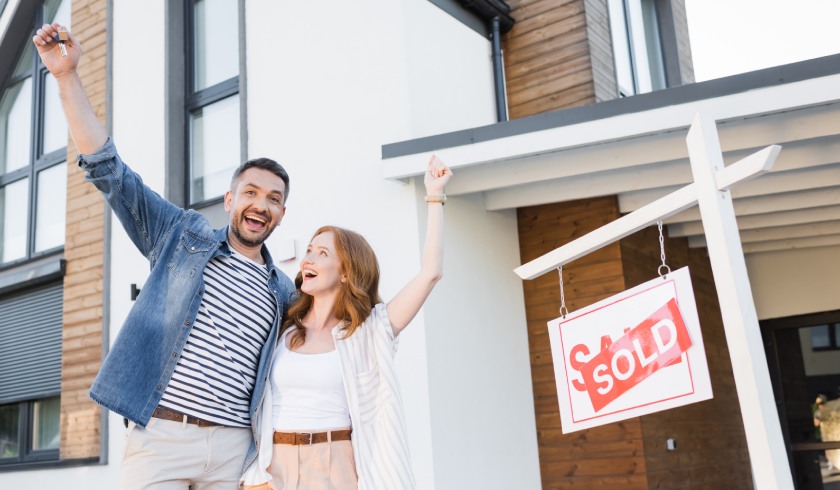