The continuous growth of Australian housing market has put upwards pressure on the portion of profit-making resales, new research has found. The portion of profit-making resales in the first quarter of 2021 soared to 90.3 per cent nationally, up from 89.1 per cent in the previous quarter and the COVID-induced low of 86 per cent in the three months to June 2020, CoreLogic’s latest Pain and Gain report, based on approximately 98,000 resales, revealed.

The proportion of national loss-making sales, on the other hand, declined from 10.9 per cent to just 9.7 per cent, with owner-occupiers said to have enjoyed a higher incidence of profitability than investors

Namely, owner-occupiers recorded 94 per cent profit-making resales, whereas investors only bagged 88 per cent.

According to CoreLogic’s head of research, Eliza Owen, the increase in the rate of profit-making sales has come off the back of remarkable growth in Australian dwelling values.

Between the market bottoming out in September 2020 and the end of March 2021, Australian dwelling values have increased 8.2 per cent, she said.

“The upswing in values has been driven by a multitude of factors, including expansive monetary policy, an accumulation of household savings through strict social distancing periods, government incentives for home purchases, and low total levels of stock on the market,” Ms Owen noted.

But while the proportion of profit-making resales have increased, the total value of profitable sales dropped to $30.7 billion from $32.2 billion in the December quarter – likely due to the lower sales volume over the three months to March 2021, according to the researcher.

For the fourth consecutive quarter, regional Australian resales recorded a higher rate of profitability (90.6 per cent) than capital city markets (90 per cent).

However, the gap in the rate of profit seen between capital cities and regions has narrowed, and, according to CoreLogic, is likely to keep narrowing given capital city growth rates have been closer to regional value growth rates through April and May.

“In the three months to March, the combined regional dwelling market increased 6.3 per cent, compared with a 5.6 per cent increase in values across the capital cities,” Ms Owen said.

‘Sea change’ and ‘tree change’ markets, in particular, generally saw an uplift in the rate of profit-making sales, with Victoria’s Ballarat triumphing, with a reported 99.5 per cent of sales clocking a profit.

Meanwhile, resource-based housing markets in Western Australia and Northern Territory continued to record elevated rates of loss-making sales. An uptick is, however, predicted with towns rich in mining activity witnessing the fastest decline in the rate of loss-making sales.

Of the capital cities, Hobart was the most profitable, with the portion of loss-making sales at just 1.6 per cent. It was followed by Canberra with 6.1 per cent, Sydney and Adelaide with 6.4 per cent, and Melbourne with 5.5 per cent.

Ms Owen, however, cautioned that there are still pockets of risk in the Australian housing market, despite a broad-based upswing in values.

“This quarter, we took a look at the case of the Melbourne LGA unit market. The volume of
loss-making unit resales had reached a record high at 173. However, this is in the context of rising
overall sales volumes, and still wasn’t at a peak proportion.

“For this region, investor sales may have been triggered by rental values falling more than 20 per cent over the year. As long as COVID weighs on international travel and inner-city economic activity, this market is likely to see subdued performance,” Ms Owen said.

As has been the case throughout the pandemic, houses once again emerged as the more profitable asset, with the national proportion of profit-making sales at 93.2 per cent for houses and 83.2 per cent for units.

Looking ahead, Ms Owen said that while a broad-based housing market upswing continues to support improved profitability in housing market resales, with the dwelling market at extraordinary record high values, there are potential headwinds for buyers to be cautious of.

At the national level, these include affordability constraints, eventual mortgage rate rises and the remaining threat of COVID clusters.

Read More
Profit-making resales soar, but for how long? 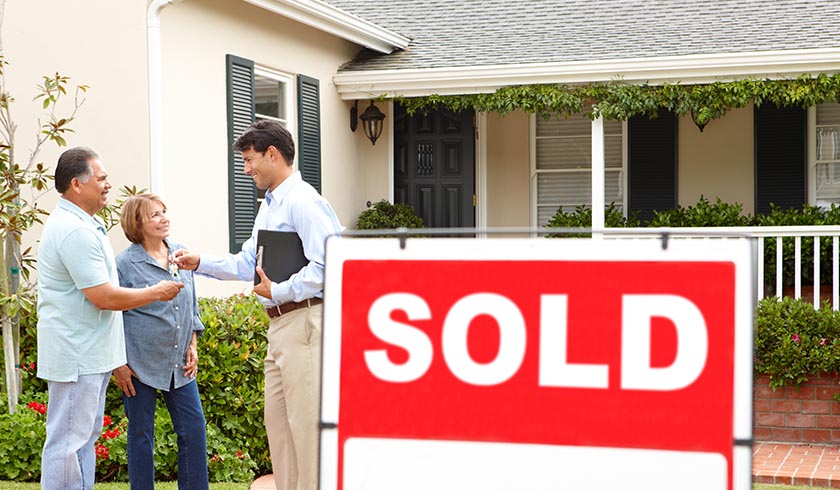