Young renters cry out against ‘lack of respect’ in rental market

Young Australians have expressed dismay over the perceived discrimination within the rental market as the wealth divide forces them into long-term renting. The Young Renters: We Hear You report by the Tenants’ Union of New South Wales and Youth Action has highlighted the struggle young renters face within the Australian property market, driven mostly by dwindling wealth, higher rates of unemployment, and cuts to assistance programs like JobKeeper and JobSeeker.

A survey conducted as part of the report revealed that as many as 84 per cent of respondents consider the cost of rental properties as the biggest housing issue they face, followed by housing prices (72 per cent).

According to the report, as the price of home ownership increases, so does the possibility that “this generation could rent for life”.

“Young people are increasingly unable to meet their housing aspirations and may be living in their familial home or in sharing arrangements where this is undesirable … because they tend to experience low wages and low welfare payment rates,” the report noted.

But while they make up an increasingly large percentage of renters nationwide, many young Australians believe they’re also subject to discrimination as renters, with 28 per cent alleging they were discriminated against due to their age, and 21 per cent citing other forms of discrimination.

As one of the young renter-respondents put it: “In exchange for spending all our money on rent, we get landlords who don’t carry out repairs or threaten us with eviction if we get too vocal in asserting our rights.”

Contrary to the assumption that young renters are apathetic about housing, the Young Renters report found that many stand ready to work towards a solution, but that they’re highly underrepresented in decision-making processes, particularly in regards to housing policy development.

This lack of representation has increased their vulnerabilities to bullying from landlords and real estate agents – with issues ranging from unwillingness to undertake repairs, to unfair bond disputes and lack of protections.

“On one occasion my co-tenant left our rental property with no notice… The real estate agent would not help me recover the rent from my former co-tenant despite the fact that they had an open line of communication. On another occasion, numerous email requests for repairs were ignored. When I moved out, the agent attempted to hold over $700 of my bond for the repairs they refused to make,” NSW young renter Vanessa Song said.

According to Ms Song, change in the way renters, landlords and agents engage with one another is crucial.

“I believe that just as real estates are able to place renters on a blacklist, there should be a blacklist for landlords and real estate agents. Renters should be able to collectivise around their shared experience of mistreatment and injustice in the rental market.

“A lack of respect underpins a lot of the problems we see,” she said.

Dodgy landlords was the fifth most-selected housing issue from the survey, with 58 per cent of respondents expressing concern about landlords not fulfilling their responsibilities to tenants.

“Any interactions with agents, they have talked to me in a condescending way. They always sound angry at me,” another young renter-respondent said.

“I don’t know a single person my age who hasn’t been screwed over by a landlord.”

Speaking about the power imbalance between young renters and landlords, they added: “Landlords and agencies will use the full force of the law if they have a dispute … but the tenant doesn’t have access to that kind of resource.”

But despite these serious concerns, most young renters feel they’re pushed to silence.

According to the report, a lot of young renters don’t actually complain enough or at all for fear of reprisals by the real estate agent or landlord, including rent increases or sudden evictions.

“Renting and housing in Australia needs to subscribe to a new vision. One that is more equitable and sustainable,” NSW young renter Matthew Jeffrey said.

How do we protect young renters?

Looking ahead, the Tenants’ Union of NSW called for solutions, particularly in regards to the power imbalance between tenants and landlords in the current rental system.

According to the union, more transparency and accountability is needed to correct this imbalance.

“One way of doing this would be to introduce a system of licensing or registration for landlords, which would involve financial and training requirements and clear consequences where a landlord fails to meet their obligations under the scheme and the current tenancy law.”

“Ending ‘no grounds’ evictions is also a step towards official recognition of housing as a human right, with protections against forced evictions and entitlements to ensure greater stability in housing for renters. [It] would mitigate the risk of landlords using eviction as a retaliatory measure against renters who ask for repairs or make complaints as they would be required to provide a valid reason to end the tenancy,” the union said.

Finally, they encourage making young people a part of the solution.

“They are eager to share ideas, identify solutions and get involved in campaigns calling for housing justice… [We need] young people to co-design tools to improve young renters’ experiences,” they concluded. 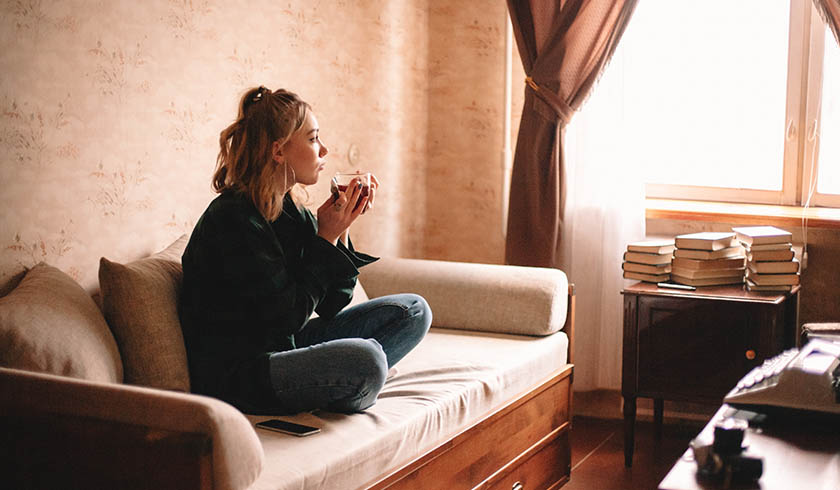